Electroconvulsive therapy (ECT), where an electric shock of 70 to 450 volts is administered through a patient’s brain under general anaesthetic, has a long and controversial history.

The idea is that the treatment prompts a seizure-like fit, to ‘reset’ the brain’s malfunctioning circuitry that causes depressive and psychotic thoughts and behaviour — although the biological process for this has never fully been explained.

Every year around 2,500 people in the UK receive ECT. It is recommended by the treatment watchdog, the National Institute for Health and Care Excellence (NICE), for severe or psychotic depression that is resistant to other treatments such as medication.

But a newly published study suggests more than a third of those patients do not give their consent to undergoing it.

The report, in the journal Psychology and Psychotherapy: Theory, Research and Practice, is based on Freedom of Information (FoI) requests sent to all the 56 trusts in England that provide mental health services — 37 responded. 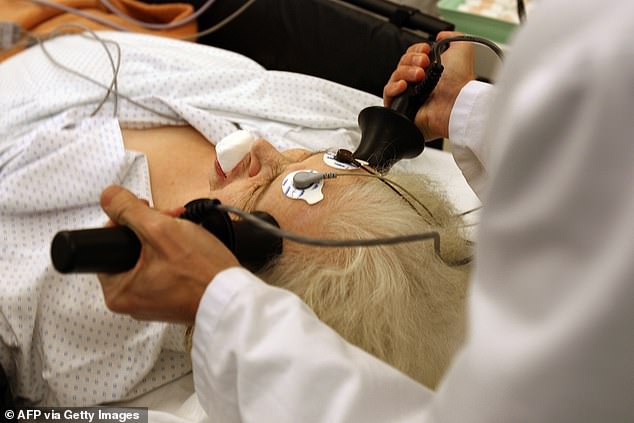 Electroconvulsive therapy (ECT), where an electric shock of 70 to 450 volts is administered through a patient’s brain under general anaesthetic, has a long and controversial history (stock image)

John Read, a professor of clinical psychology at the University of East London, who led the study, argues that providing the treatment without consent is equivalent to ‘people being given ECT against their will’.

He says the responses indicate that official safeguarding procedures, drawn up to protect patients who don’t consent to ECT, are not being followed.

‘Our research shows that there is no effective monitoring or regulation of ECT in England, due to the failure of the authorities to perform the checks that are required,’ he told Good Health.

‘ECT is very scary,’ she says. ‘My research into the treatment’s psychological impact, in the Journal of Mental Health in 1999, shows that it can be very re-traumatising to undergo it without consent.

‘Many of the patients given it for severe depression have previously suffered trauma through sexual abuse and violence,’ she told Good Health. ‘To be laid down on a table out of your control is re-traumatising.’

However, some argue that the patients are so unwell that they are incapable of giving consent.

‘These are people who are so depressively ill that they can’t speak; they may well be hallucinating or deluded and thus unable to give consent,’ says David Curtis, an honorary professor at the Centre for Psychiatry at Queen Mary University of London. 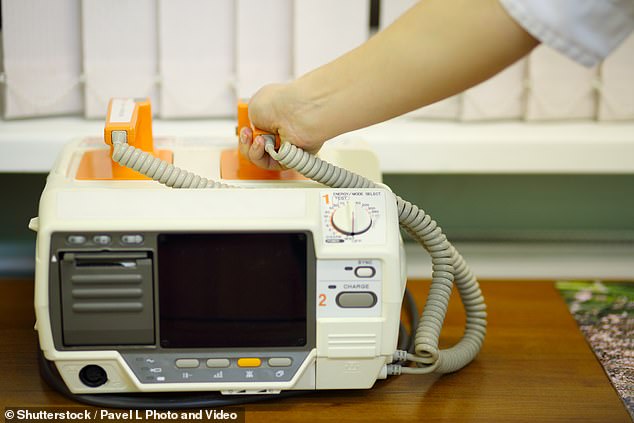 The idea is that the treatment prompts a seizure-like fit, to ‘reset’ the brain’s malfunctioning circuitry that causes depressive and psychotic thoughts and behaviour — although the biological process for this has never fully been explained (stock image)

‘They are unable to make decisions about a treatment that all the professionals involved in their care have judged may help them.’

Furthermore, he maintains that ECT is safe and often effective. ‘It has been well studied over many decades,’ he says.

‘It is effective for people with severe depressive illness who have not adequately responded to antidepressants. Indeed, given the many documented side-effects of antidepressant drugs, I believe ECT is safer.’

Professor Curtis adds: ‘We recognise that consent is a troublesome area. But often, when we conclude that it is much better for patients to have ECT than not, a couple of months later the patients thank us for giving them the treatment.’

It might seem strange to think that people who have undergone such a scary-sounding procedure would be grateful. But Dr Rebecca Lawrence, a consultant psychiatrist working in Scotland, is one of them.

‘I have had several courses over the years to treat psychotic depression,’ she says. ‘The first was when I was pregnant with my first child. The most recent was three years ago. In total, I have had around 70 treatments.

‘Without it, I’m not sure I would have recovered to be with my family or to train as a psychiatrist. I would have it again, if I needed to. Although the basics — an electric current passed through your brain, causing you to have a seizure — are terrifying, the experience itself was, for me, very easy.’

Nevertheless, she concedes that she has suffered significant memory loss, which she believes is a consequence of ECT.

‘It’s as though there are big holes in my memory before and during a course of treatment. I lost a lot of my daughter’s first two years,’ she says. Dr Lawrence is particularly concerned that she also cannot recall ever having given consent to the procedure.

‘I always knew that I had consented but I could not remember it happening,’ she says. ‘Fortunately, my husband was with me when I consented.’

Others might not be so lucky, and could never be sure whether they gave or withheld consent.

The lasting impact of the pandemic shutdown

We seem to have lost our footing slightly during lockdown, with physiotherapists seeing an increase in falls in older adults.

‘During lockdown, many of my clients were only walking about a third of the amount they used to,’ says Sammy Margo, a physiotherapist based in London.

‘But I also think that the pandemic has destabilised us. That might sound a little unscientific but cortisol, the hormone released during stress, does affect the vestibular system in the ear that controls balance.

‘The good news is that balance is like a muscle and you can retrain it by using it. Exercises such as standing from a sitting position a few times or standing on one leg, with your eyes closed if you can, while you brush your teeth, will help. Also taking walks on less stable surfaces such as grass or sand and walking confidently can make a difference.

‘As your confidence and strength improve so will your balance.’ 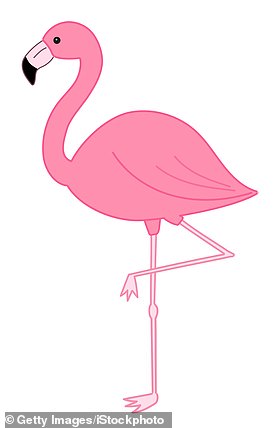 We seem to have lost our footing slightly during lockdown, with physiotherapists seeing an increase in falls in older adults (stock image)

This might be solved in two ways, says Dr Lawrence: ‘It is important to ensure that someone is with you who can discuss it with you later.’ If the treatment does have to be given without consent, ‘there should always be a proper second opinion on whether it is appropriate’, Dr Lawrence adds.

Professor Curtis argues that second-opinion checks already exist and are enforced. ‘The opinion of the patient’s psychiatrist has to be approved [under the Mental Health Act] by the second opinion appointed doctor (SOAD), who is independent and brought [in] from outside,’ he says.

Under the rules, the SOAD should talk to the patient and consult with a nurse and another professional who is not a nurse. If the SOAD is convinced, they will sign for the treatment to be given. As with any such procedure, this should be recorded.

‘In my opinion ECT is massively regulated and the guidelines are sufficient,’ says Professor Curtis. ‘If anyone was given ECT without the proper procedures there would be a massive inquiry.’

Professor Read’s new research suggests a different picture. It reports that nearly 20 per cent of the 37 trusts that provided information about their checking system for patients who do not consent were not complying with the rules.

This, he says, is because their SOADs were not in turn seeking second opinions either from a nurse or another professional.

What’s more, half of all the NHS mental health trusts that replied to Professor Read’s FoI requests said they could not readily supply information on how many patients had received ECT without giving consent. (Extrapolating from such figures led to the study’s conclusion that more than a third of ECT patients do not give their consent to it.)

‘This suggests that many trusts still do not consider this issue important enough to even monitor,’ says Professor Read.

He adds that the only external monitoring is performed by the ECT Accreditation Service (ECTAS), which is run by the Royal College of Psychiatrists.

‘But ECTAS also fails to monitor this issue in its surveys — and has no benchmark or target in its accreditation standards for clinics that administer ECT,’ he adds.

ECT is a potentially dangerous procedure, he says, and ‘requires the most stringent monitoring’. ‘Our study shows that this is not the case at most ECT clinics in England. Monitoring should be transferred to an organisation that is independent.’

Regardless of one’s opinion of ECT — as either barbarically useless or effective in severe clinical cases — it surely seems right that information on patients’ consent and professionals’ decision-making should be clearly and readily available. It would at least take one controversy out of this most controversial of treatments.

A spokesman for the Royal College of Psychiatrists did not provide a comment.