‘I’m finding it hard’: Mrs Hinch tells fans she’s ‘sorry’ for being quiet on social media after birth of second son Lennie and explains she’s ‘trying to find her feet’ after his arrival

By Aisha Nozari For Mailonline

Mrs Hinch has apologised to her social media followers for being inactive on the platform since welcoming her second son in May and admitted she is ‘finding it hard’ being a mother of two.

The cleaning sensation – real name Sophie Hinchcliffe – welcomed her second child – a son named Lennie Alan James – towards the end of May with her husband Jamie.

Taking to Instagram on Friday, the doting mother, 30, shared a photo of herself cradling little Lennie alongside the caption: ‘I am sorry for being so quiet on here. If I was to say I wasn’t finding it hard adjusting I would be lying.’ 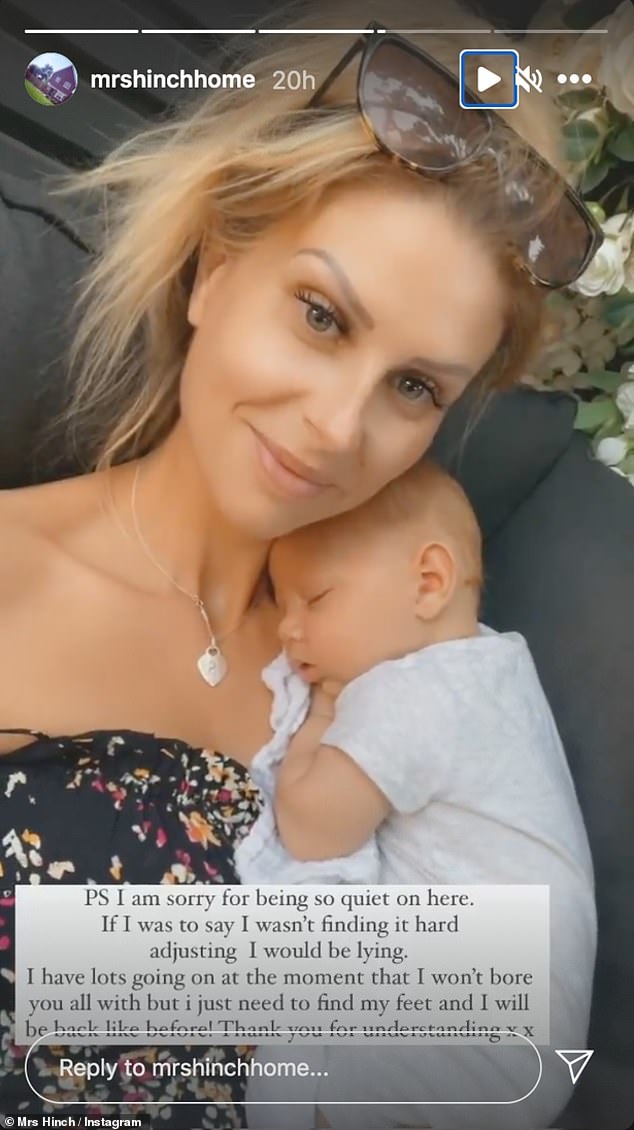 Mrs Hinch, who looked radiant with her blonde hair swept up off her face, added: ‘I have lots going on at the moment that I won’t bore you all with but I just need to find my feet and I will be back like before! Thank you for understanding.’

, supports you, and makes you a better person. Don’t let them go.’

In the snap, both Mrs Hinch and her husband smiled for the former’s social media followers, with Sophie donning an off-the-shoulder black top and Jamie cutting a dapper figure in a black T-shirt.

It comes after the social media star revealed the very graphic details of her birth story with baby Lennie last month – including the moment her waters broke over a nurse. 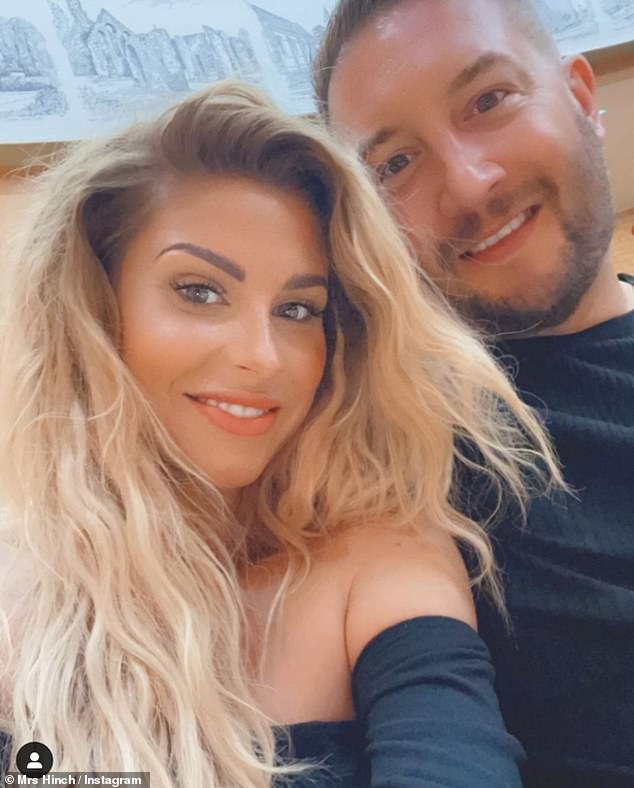 Sweet: Mrs Hinch later posted a photo of her and Jamie on Instagram with the caption: ‘Once in your life you’ll come across a special person that makes you happy’

Taking to Instagram, she gave her social media followers the opportunity to ‘ask her anything,’ which resulted in her giving the details of her birthing story – the first being the moment her waters broke over the nurse who was assisting her.

‘My pessary got stuck and after three nurses had tried they finally got it out and my waters then broke all over her uniform,’ she explained.

Mrs Hinch then went on to that as the labour progressed as great speed, she didn’t have time to make it to the labour ward.

‘I ended up giving birth in a side room next to reception where partners weren’t allowed,’ she said.

‘Jamie could hear me screaming his name from the corridor but wasn’t allowed in until they realised I wasn’t going to make it to the labour ward so they let him in. He only caught the last ten minutes of it all.’

She also went on to say that she didn’t have an epidural and opted for gas and air for the duration of the labour.

‘I pushed Lennie out on all fours and found that it was more painful in that position than lying flat,’ she added. 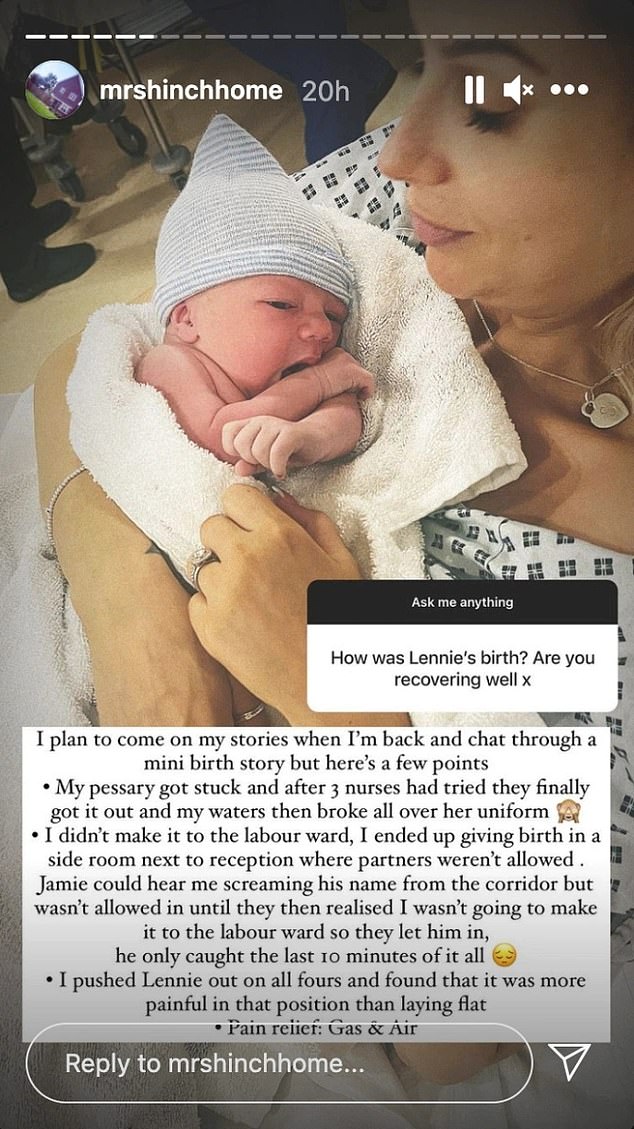 Candid: In June Mrs Hinch revealed the very graphic birth story with baby Lennie (pictured, together) – including the moment her waters broke over a nurse