Music producer Chucky Thompson lauded by peers after his death at 53 … is well-remembered for working with stars such as Notorious B.I.G., Mary J. Blige and Faith Evans


Famed hip-hop producer Chucky Thompson has died at the age of 53, his publicist said Monday.

‘It is with a very heavy heart that I can confirm the passing of Chucky Thompson,’ publicist Tamar Jada told People in a statement. ‘To anyone in his orbit, you know how generous he was with his energy, creativity and love. Both the music industry, and the world has lost a titan.’

Thompson, a Washington, D.C. native, had worked on the Hitmen production team for Bad Boy Records with Sean ‘Diddy’ Combs. 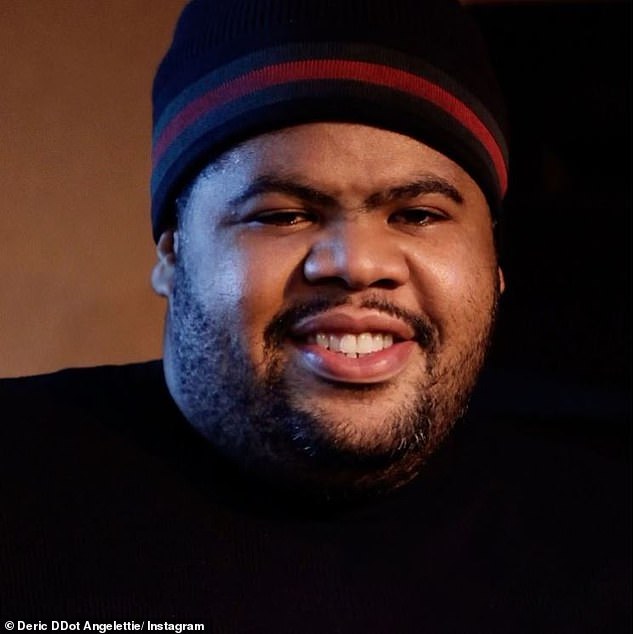 RIP: Famed hip-hop producer Chucky Thompson has died at the age of 53, his publicist said Monday. He was remembered by a number of peers following his passing

He was lauded by a number of confidantes and colleagues and confidantes in the music business as word spread of his passing.

Young Guru took to Instagram with a somber message, writing, ‘There is nothing I can write that will take away this pain.

‘I have to say RIP to my mentor, my big brother, the man who changed my life forever,’ he said. ‘You were the kindest person the world has ever seen. You were the most gifted musician I have ever been around.’ 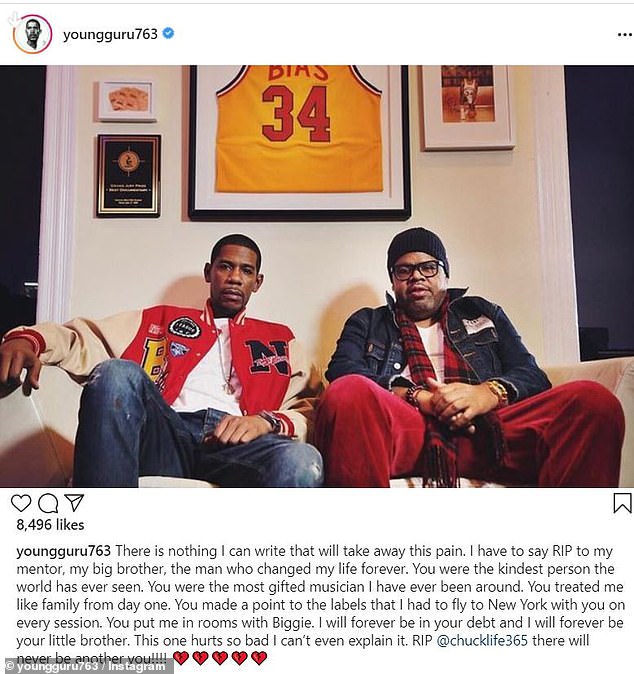 Thompson’s confidante Young Guru took to Instagram with a somber message, writing, ‘There is nothing I can write that will take away this pain’

Collab: Thompson had recently worked with Real Housewives of Potomac’s Candiace Dillard Bassett on the track I See You

He continued: ‘You treated me like family from day one. You made a point to the labels that I had to fly to New York with you on every session. You put me in rooms with Biggie. I will forever be in your debt and I will forever be your little brother. This one hurts so bad I can’t even explain it. RIP @chucklife365 there will never be another you!!!!’

R&B singer Tank posted a shot of Thompson, writing, ‘I studied this man and i was eventually blessed to work with this man! A hometown hero and a legend to all who really do this! I thank God for your time here and pray to have your kind of impact on the universe.’

Thompson received a Grammy nomination for his work on the Mary J. Blige album My Life in 1994, the same year he worked with The Notorious B.I.G. on his first LP Ready to Die. 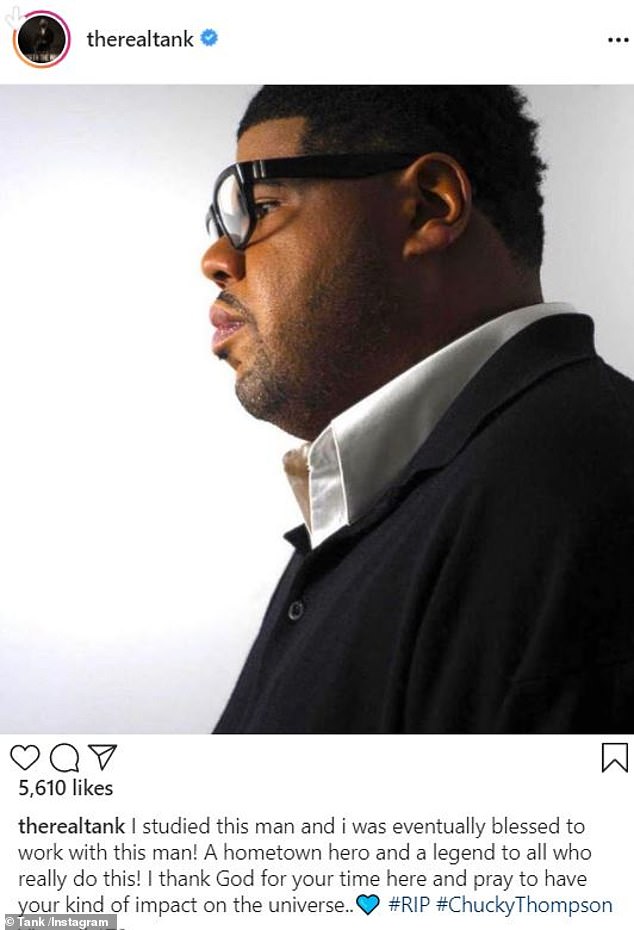 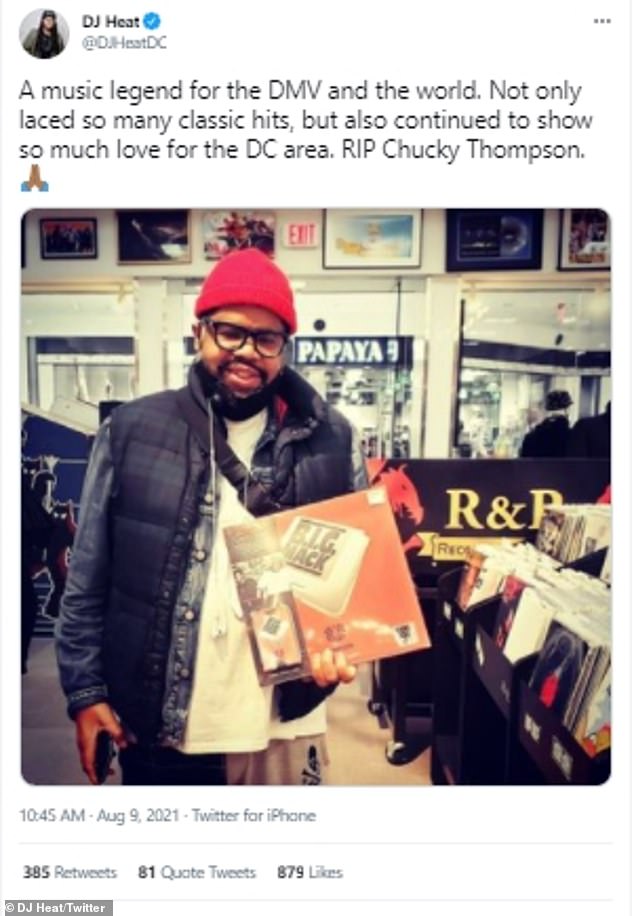 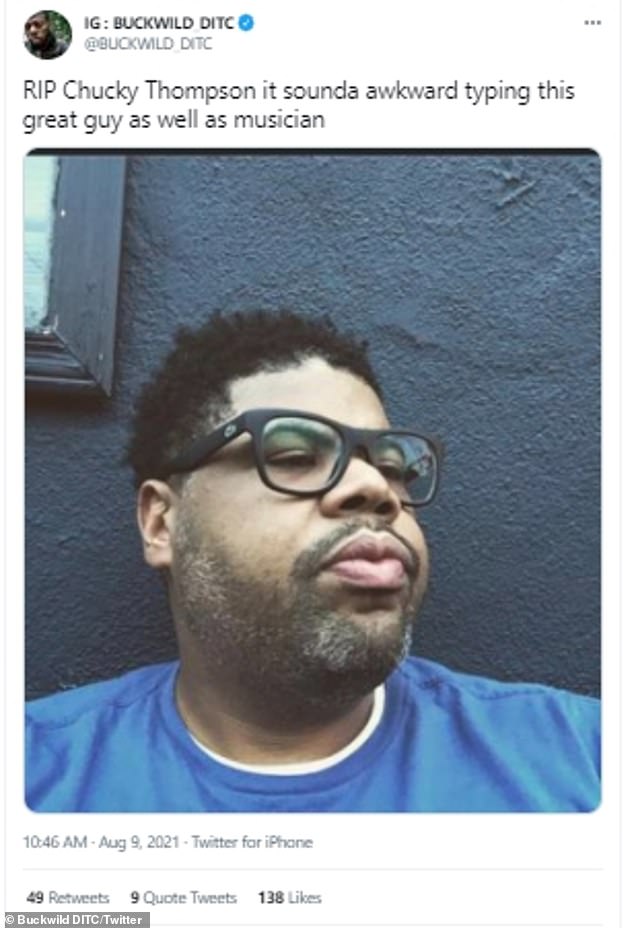 Legacy: Thompson was fondly remembered by colleagues in the music business

He had recently worked with Real Housewives of Potomac’s Candiace Dillard Bassett on the track I See You.

Thompson, whose full name was Carl E. Thompson, opened up to You Know I Got Soul in 2011 about connecting with Combs in the early 90s.

‘I ended up sending music to Puff right around the time he got fired from Uptown,’ he said. ‘We sent a CD to Puff; he heard the music and immediately got in touch with me. That’s how that got started. So that was my in, and that’s how it got started.’