Pfizer has submitted data to the U.S. Food and Drug Administration (FDA) seeking authorization for its Covid booster shot for all American aged 18 and older.

The company issued a joint statement on Tuesday with its German partner BioNTech announcing the submission.

Currently, anyone who received their second vaccine dose six months ago – or two months ago for those who got the one-shot Johnson & Johnson vaccine – and is over 65, has an underlying condition or a job that puts them at risk of Covid exposure is eligible for the Pfizer booster shot. 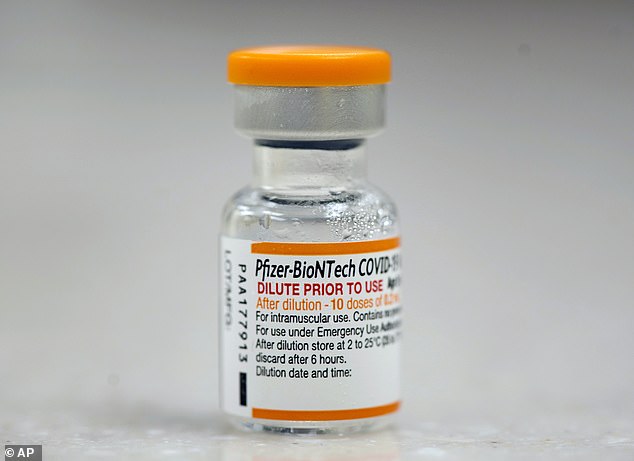 Pfizer has submitted data to the FDA in hopes of getting its Covid booster shot authorized for use in all American adults. Pictured: A vial of Pfizer COVID-19 vaccine, November 2021 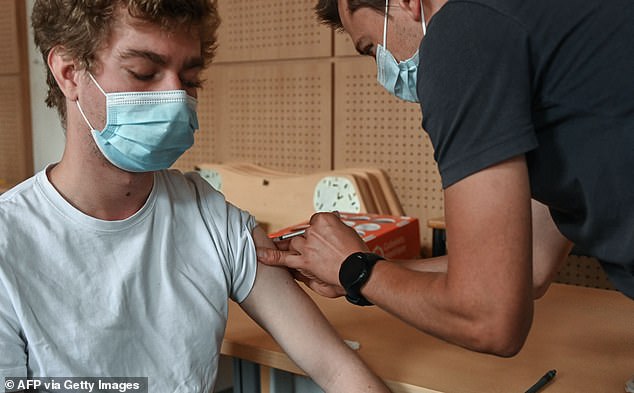 The Phase 3 clinical trial data submitted to the FDA found that the Covid booster shots reduced the likelihood of infection by 96%. Pictured: A man in Lille, France, receives a shot of a COVID-19 vaccine

‘In October, the companies announced positive topline results from the trial showing that a booster dose administered to individuals who previously received the Pfizer-BioNTech primary two-dose series demonstrated a relative vaccine efficacy of 95 percent when compared to those who did not receive a booster,’ a statement released by the companies reads.

‘Thus far, these are the first and only efficacy data disclosed from any randomized, controlled COVID-19 vaccine booster trial.’

The statement notes that there were no changes to the number of adverse events that occurred following the booster compared to the original vaccine.

It also notes that the booster has received approval from European Union regulators for all residents over the age of 18.

The Phase 3 clinical trial data being submitted to regulators is from a study conducted in the U.S., Brazil and South Africa.

More than 10,000 people aged 16 or older were included in the trial, and each were previously fully vaccinated using Pfizer’s shot – being marketed as Comirnaty.

After following up with each participant around two months later, researchers determined the booster reduced risk of infection of people of all age groups by 96 percent.

The Pfizer booster is the most popular among Americans so far, with more than half of the 25 million Americans who have received booster shots thus far opting for the jab.

More than 98 percent of Pfizer recipients for their first two shots decided to receive the same shot again for their booster, along with 32 percent of J&J recipients. 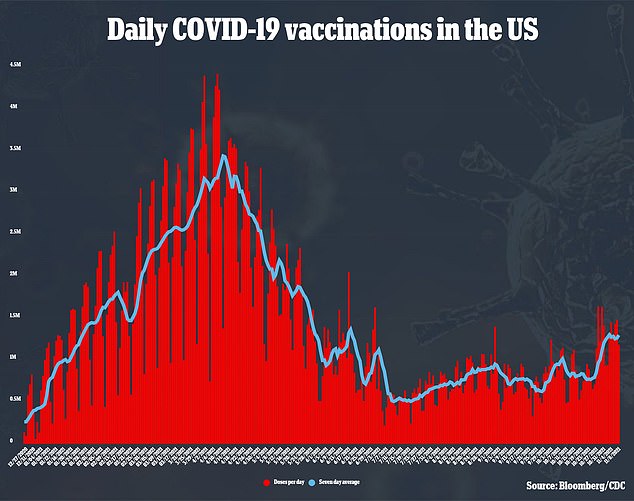 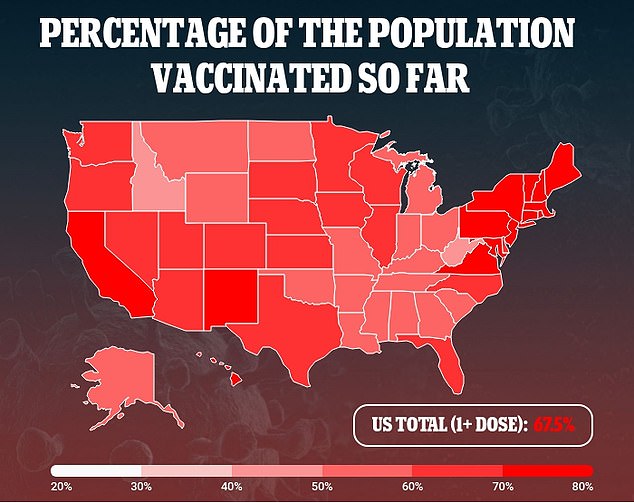 Pfizer is likely to receive authorization for the booster shots, according to a Washington Post report earlier this week.

Booster shots were first made available to the immunocompromised in August.

Shortly after, the White House laid out plans for the additional shots to be available to all U.S. adults in late September. 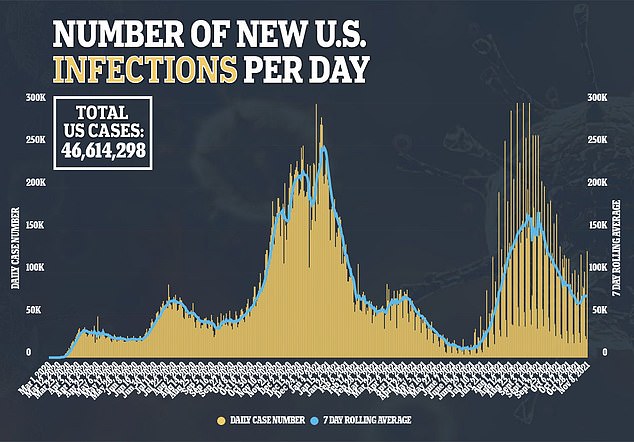 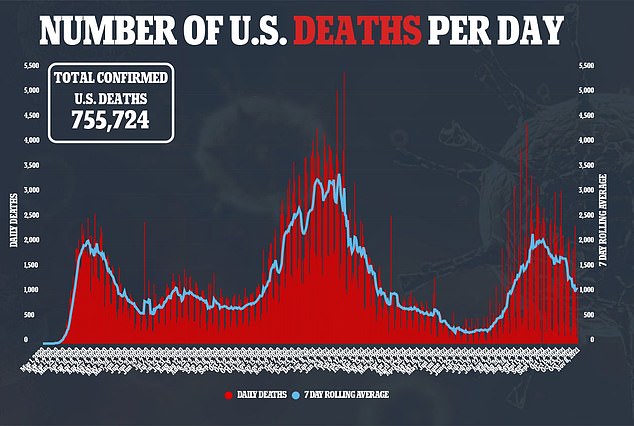 The booster jabs failed to clear regulatory hurdles, though, leading to an over-one month long delay on the boosters rolling out for all Americans.

The reason the White House is so eager to get booster shots rolling across America is the declining efficacy of the jabs.

Recently published data by the Public Health Institute finds that the overall effectiveness of COVID-19 vaccines fell below 50 percent in September, the first month where that had occurred. 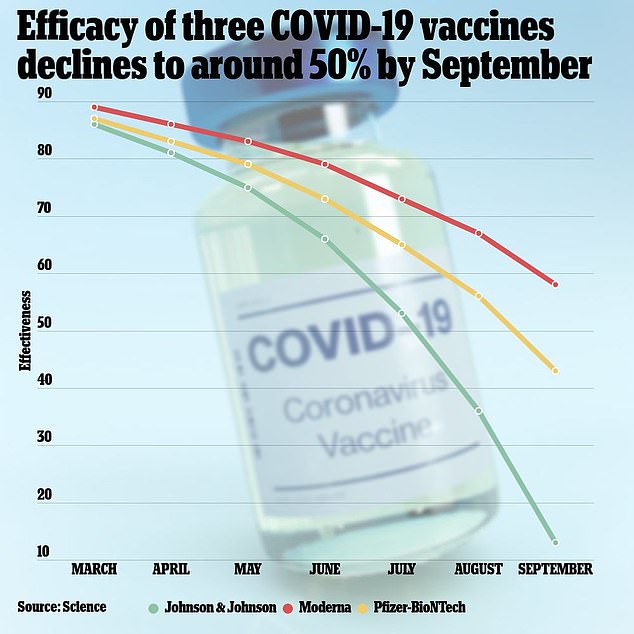 The efficacy of the Pfizer vaccine had declined all the way 43 percent by September, the research found.

J&J’s vaccine saw its protection wane the most, dropping from 86 percent in March to below 50 percent by September, and down to only 13 percent last month.

Moderna’s shot held up the best, and is the only one of the three to still be more than 50 percent effective.

The shot’s effectiveness has still fallen greatly, though, from 89 percent in March to 58 percent in September.

Experts hope that the wider eligibility of booster shots will help boost the overall effectiveness of the vaccines, and help curb future Covid outbreaks.