A rare Apple 1, the first model computer ever built by Apple co-founders Steve Jobs and Steve Wozniak, has sold for auction for $400,000.

Known as the ‘Chaffey College’ Apple 1 because it was first owned by a professor at Southern California’s Chaffey College, the first-gen computer is encased in koa wood and comes with the original Apple 1 ‘NTI’ motherboard, power regulators, and a blue Sprague 39D capacitor.

With the sizable 25 percent buyer’s fee, the unnamed winner ended up shelling out a total of $500,000.

The 45-year-old computer had been predicted to fetch as much as $600,000 according to John Moran Auctioneers, the firm handling the sale.

As part of the lot, the winner also received a 1986 Panasonic video monitor, a Xerox copy of the Apple-1 Basic manual, the operations guide and a MOS 6502 programming manual.

The lot also contains two Apple-1 software cassette tapes, with ‘hand-written index card with memory locations for the Apple-1 loading software,’ according to the description.

The Apple 1 helped springboard the rise of the Cupertino, California-based tech giant, with Wozniak selling off his HP-65 calculator to finance and manufacture the item. 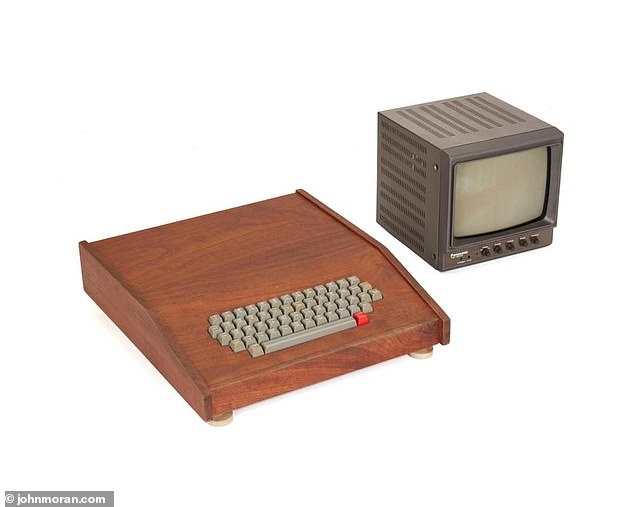 An Apple 1 computer encased in koa wood sold at auction for $400,000. The Apple 1 was the first computer ever built by Apple co-founders Steve Jobs and Steve Wozniak, and only six were given wooden cases

The Apple 1’s were designed by Wozniak and assembled and tested by Jobs, his sister Patty and college friend Daniel Kottke in the Jobs’ home, according to John Moran auctions.

This particular model was eventually bought from the Chaffey professor by a student in 1977 for $650, according to the Los Angeles Times.

That former student, who is remaining anonymous, held on to the prehistoric processor for the next four decades.

Approximately 200 Apple 1’s were assembled in all, although only 175 were sold—50 of them to Paul Terrell, owner of ByteShop in Mountain View, California. 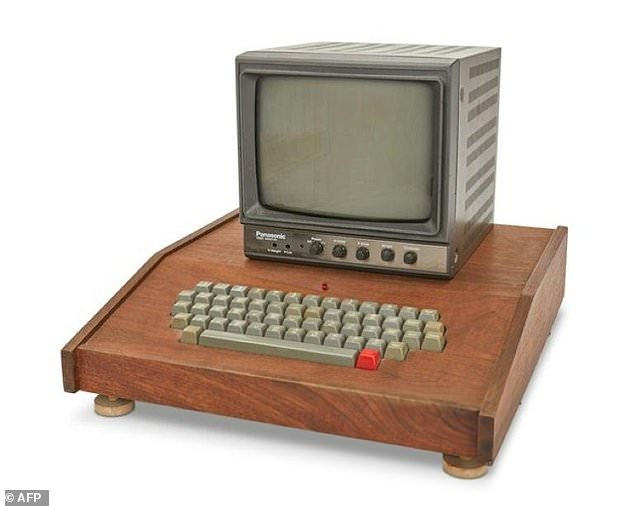 The Apple 1 that sold at auction had originally been bought by a professor at Chaffey College for $666 in 1976, and then was sold to student a year later who kept it in working order for decades 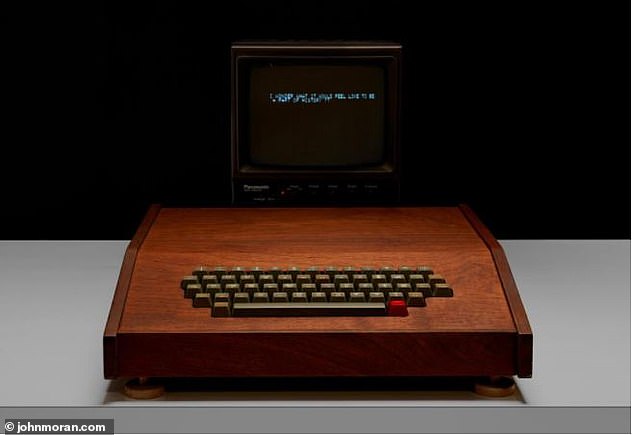 Koa wood, native to Hawaii, was plentiful in the 1970s but is now a high-priced commodity  selling for as much as $50 for a 12-by-1 inch board 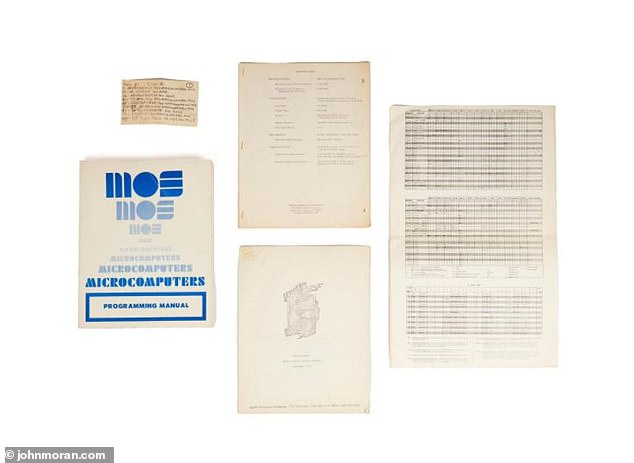 The auction winner is also receiving a 1986 Panasonic video monitor, a Xerox copy of the Apple-1 Basic manual and the computer’s operations guide

Today only 60 are known to still be in existence, with just a third in working order.

‘This is kind of the holy grail for vintage electronics and computer tech collectors,’ Corey Cohen, an Apple-1 expert, told the Times. ‘That really makes it exciting for a lot of people.’

Only six Apple-1s were sold with koa wood cases, according to the auction house, making this particular model far more valuable. 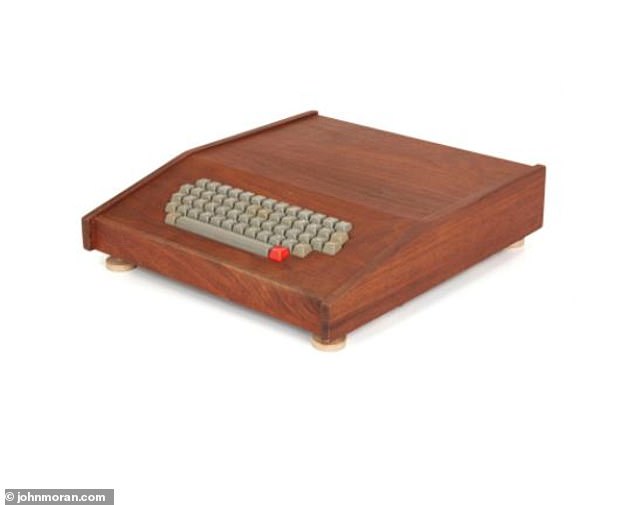 Approximately 200 Apple-1 units were assembled, with 175 of them eventually sold. Only 60 of them are still in existence just 20 of them are in working order 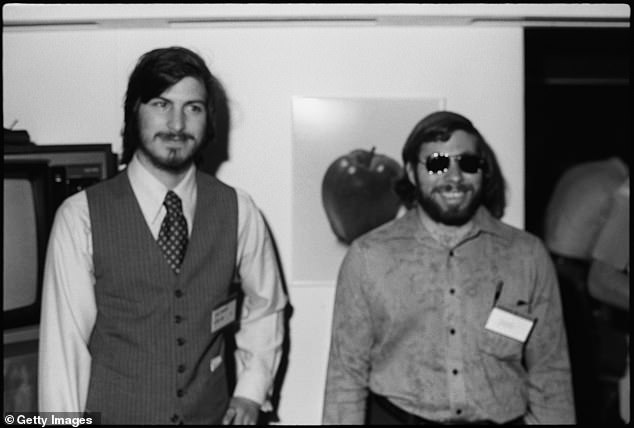 The Apple 1’s were designed by Wozniak (right) and assembled and tested by Jobs, his sister Patty, and college friend Daniel Kottke in the Jobs’ home. It retailed for $666.66 due to  Wozniak’s fascination with repeating numbers

Koa, a richly patinated wood native to Hawaii, was fairly plentiful in the 1970s but is a rare commodity today, selling for as much as $50 for a 12-by-1 inch board.

There are only a handful of Apple-1s still with cases, Cohen explained to the Times.

The “has all the pieces and it has some really good provenance,’ Cohen said, ‘We can pretty much track it back to the original professor who owned it.’

The unit was in the student’s possession until John Moran trust and estate manager Noelle Valentino gave a talk to financial advisors to see if any of their clients had hidden treasures.

The former student told their wealth advisor they still had a computer they kept for 40 years and the rest is history. 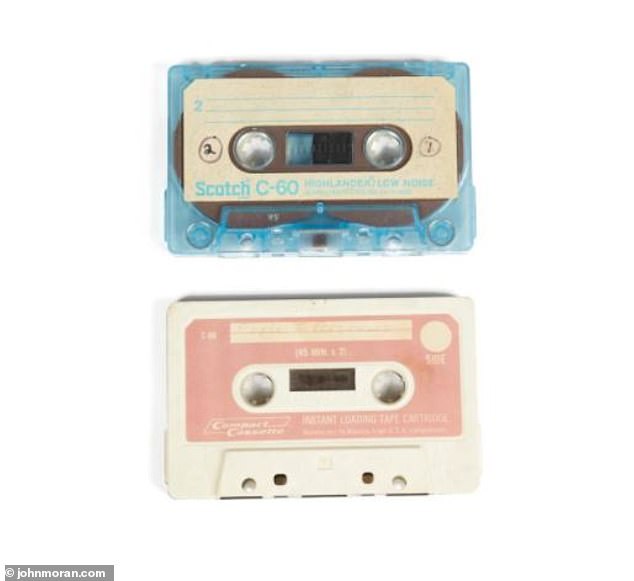 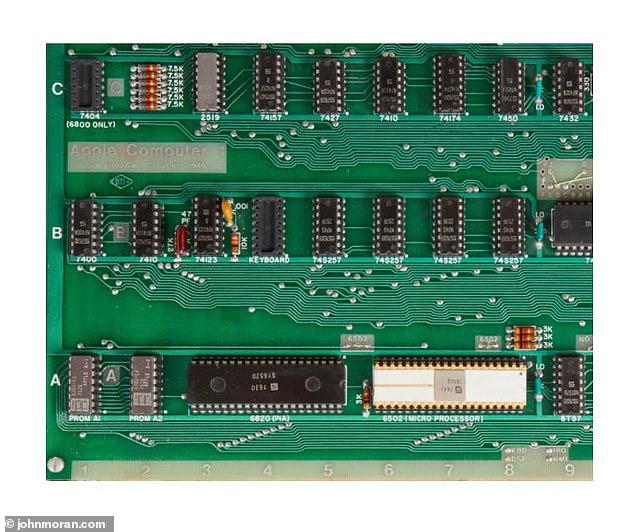 ‘At first I really wasn’t sure what it even was,’ Valentino told the Times. ‘But I was intrigued enough by the sounds of it, the first Apple computer.’

‘I thought, ‘I’m going to just ask about this to some other colleagues.’ They were the ones that really almost fell over when they heard that we have this opportunity,’ she added.

Several Apple 1s have gone up for auction in recent memory and sold for huge sums.

“A lot of people just want to know what kind of a person collects Apple-1 computers and it’s not just people in the tech industry,” Cohen said. 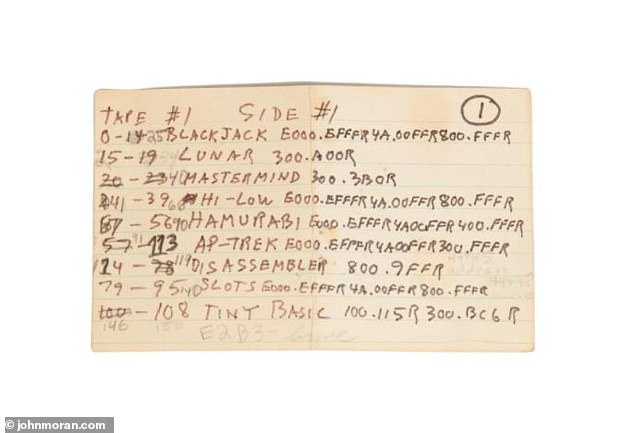 In August, an Apple 1 motherboard – complete with an original user’s manual – went up for auction for $450,000.

The Apple-1 was discontinued in October 1977, with Jobs and Wozniak offering discounts and trade-ins for the more advanced Apple II. 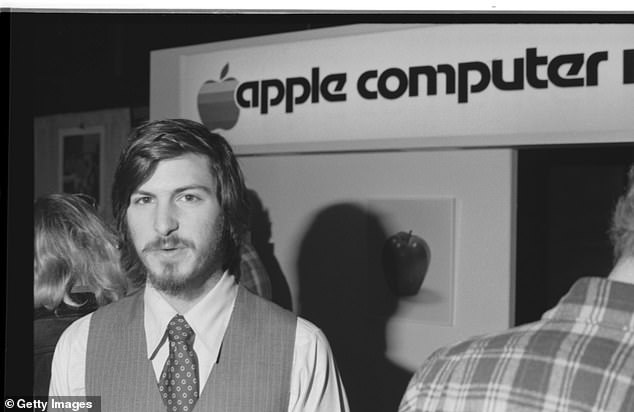 The Apple-1 was discontinued in October 1977, with Jobs (left) and Wozniak offering discounts and trade-ins for the more advanced Apple II

The Apple-1 was discontinued in October 1977, with Jobs and Wozniak offering discounts and trade-ins for the more advanced Apple II.

In August, Indianapolis Colts owner Jim Irsay paid more than $787,000 at auction for an Apple II manual signed in 1980 by Jobs.

THE TRILLION DOLLAR RISE OF APPLE

The company’s journey to the summit of the technology industry has been a rocky one, having seen Jobs (pictured right in 1976) leave the firm in the mid-1980s after his pet project, the first Macintosh computer, struggled and he attempted to oust then chief executive John Sculley. Wozniak is pictured left

1976: Founders Steve Jobs, Steve Wozniak and Ronald Wayne created the company on April 1 1976 as they set about selling computer kits to hobbyists, each of which was built by Wozniak.

The first product was the Apple I.

1977: Apple released the Apple II in June, which was the first PC made for the mass market.

1984: The Macintosh was introduced during an ad break for the Super Bowl and later officially unveiled during a launch event. It was discontinued a year later and Jobs left the firm.

1997: Apple announces it will acquire NeXT software in a $400 million deal that involves Jobs returning to Apple as interim CEO. He officially took the role in 2000.

The then Chief Executive Officer of Apple, Steve Jobs, with the iPhone

2011: Jobs resigned in 2011 due to illness, handing the CEO title to Tim Cook. Job died in October from pancreatic cancer.

2014: Apple unveiled the Apple Watch. It also unveiled its first larger iPhones – the 6 and 6 Plus.

2015: After purchasing Beats from Dr Dre, Apple launched Apple Music to compete with Spotify and other music streaming services.

2016: Apple returned to its roots and announced the 4-inch iPhone SE. Meanwhile, the firm is embroiled in a legal battle with the FBI, involving the agency demanding access to the locked phone used by Syed Farook, who died in a shootout after carrying out a deadly December attack in San Bernardino, California with his wife. The court order was dropped on March 28 after the FBI said a third party was able to unlock the device.

2017: Apple introduces the iPhone X, which removes the home button to make way for a futuristic edge-to-edge screen design and a new FaceID system that uses advanced sensors and lasers to unlock phones with just the owner’s face.

2018: In a first for the company, Apple introduces new features in its latest operating system, iOS 12, that encourage users to manage and spend less time on their devices. The move was spawned by a strongly worded letter from shareholders that urged the firm to address the growing problem of smartphone addiction among kids and teenagers.

2019: In January, Apple reports its first decline in revenues and profits in a decade. CEO Tim Cook partly blamed steep declines in revenue from China.

2020: In March, Apple closes all its bricks and mortar retail stores outside of China in response to coronavirus.