Renee Zellweger’s boyfriend, Ant Anstead, briefly opened up about their relationship during an interview with Extra.

The 42-year-old reality television personality caught up with the media outlet at the Los Angeles premiere of the documentary Introducing, Selma Blair and answered several questions about the film.

The conversation ended with the television presenter speaking about his romance with the actress, 52, and stressing that they are taking things slow. 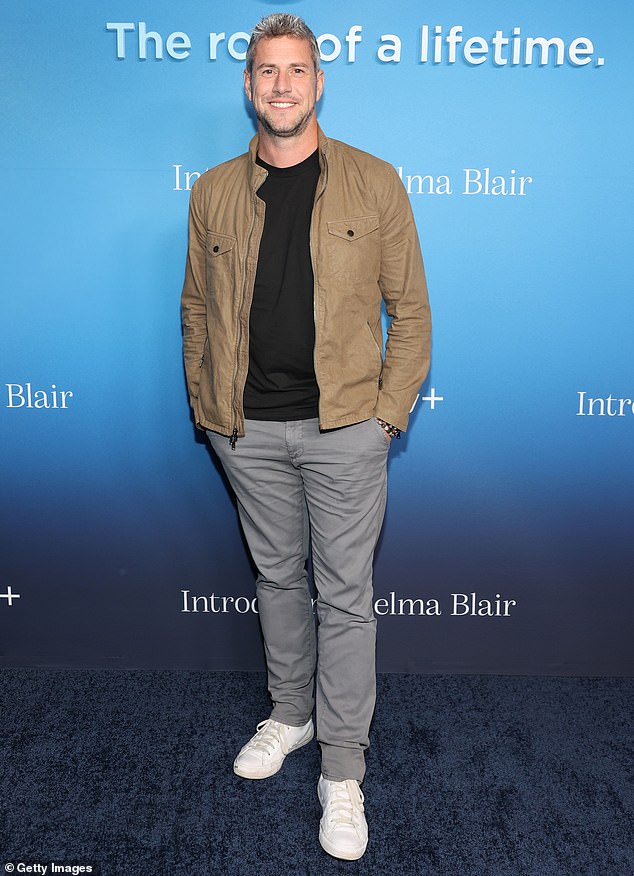 Taking their time: Renee Zellweger’s boyfriend, Ant Anstead, recently said that it was ‘too early’ for the couple to move in together; he is seen on Thursday

When Anstead was further asked about his plans to live with Zellweger, he kept his answer short and sweet and insisted that the two were doing well as a couple.

‘I would say it would be too early for that…We’re taking things nice and slow, and we’re really happy,’ he said.

The presenter and the actress were initially linked this past June when they were spotted spending time together in various locations.

Prior to becoming involved with the Judy star, he was married to his first wife Louise from 2005 until 2017, and the former pair share two children. 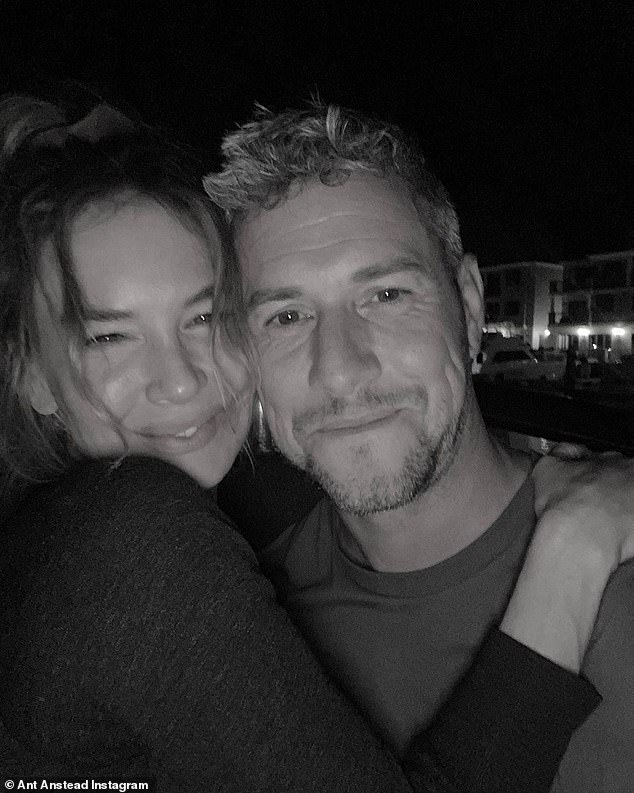 Doing their thing: The television presenter expressed that he and his girlfriend were ‘taking things nice and slow’ with regard to their relationship

He then began a relationship with reality television personality Christina Haack, and the two tied the knot in 2018.

The former couple went on to welcome a son into their lives before they separated and formally dissolved their union earlier this year.

Zellweger was previously married to Kenny Chesney, although they annulled their marriage, which only lasted for a period of months, in 2005.

She was also linked to figures such as Bradley Cooper, Doyle Bramhall II and Jim Carrey, to whom she was briefly engaged. 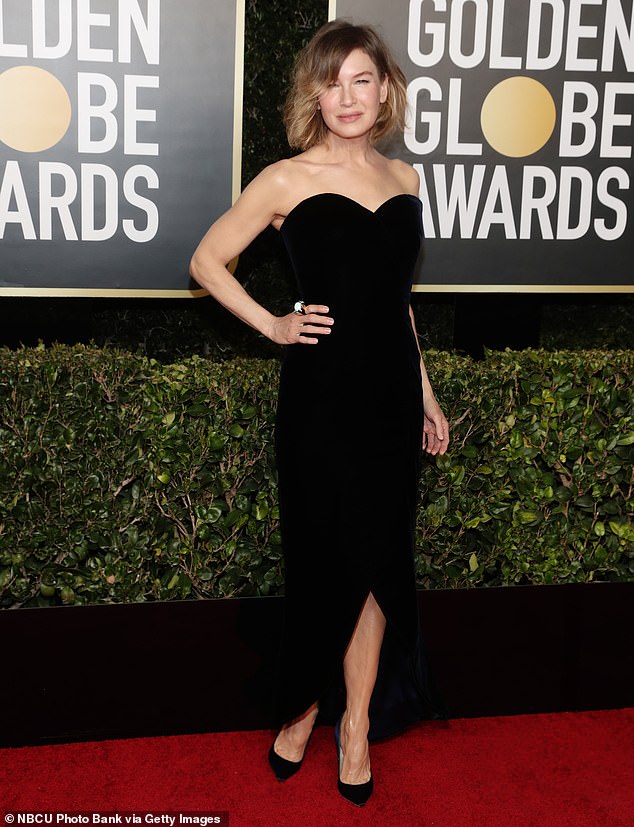 Former flames: Anstead has been married twice, while Zellweger was previously linked to figures such as Jim Carrey and Jack White; she is seen in February

An insider previously spoke to People and told the media outlet that Anstead and Zellweger were a natural pair and that the actress was typically attracted to individuals like her boyfriend.

‘Sometimes two people just meet and click, and the timing is right. Renee is creative…and often goes for guys who think out of the box. She’s smart, thoughtful and always looking to expand horizons and nurture those around her,’ they said.

The source also pointed out that the individuals both placed a high value on keeping their personal lives shielded from outside opinions. 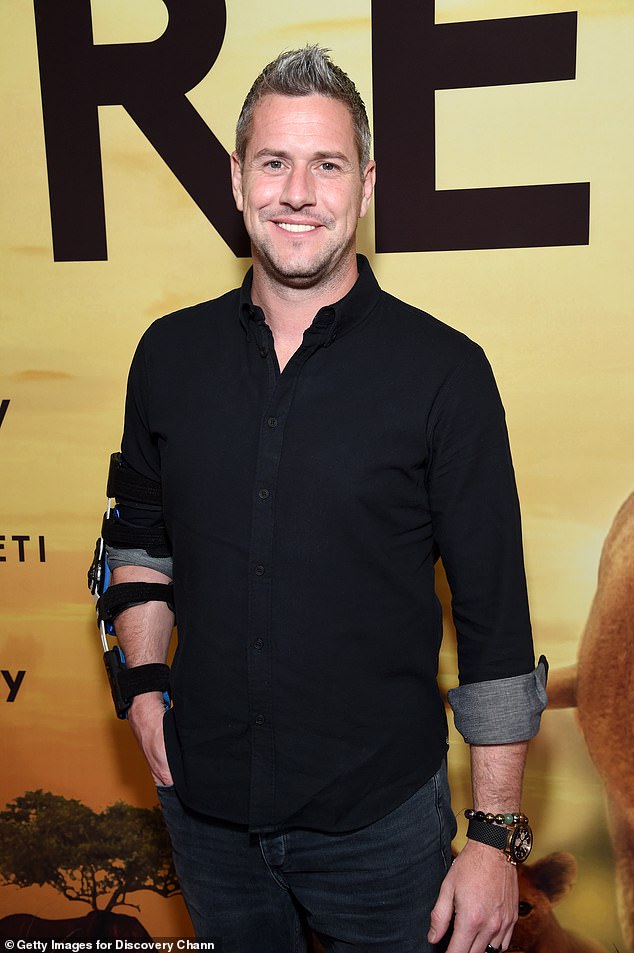 Her type: An insider expressed that Zellweger ‘often goes for guys who think out of the box’; Anstead is seen in 2019

‘Both of them are private and dislike public scrutiny, so they have that in common,’ they noted.

The insider concluded by noting that both Anstead and Zellweger were attracted to each other based on their desire to work on various types of projects.

‘He’s a creative guy with lots of interests, and she likes to write and produce, so they have things to talk about when together,’ they said. 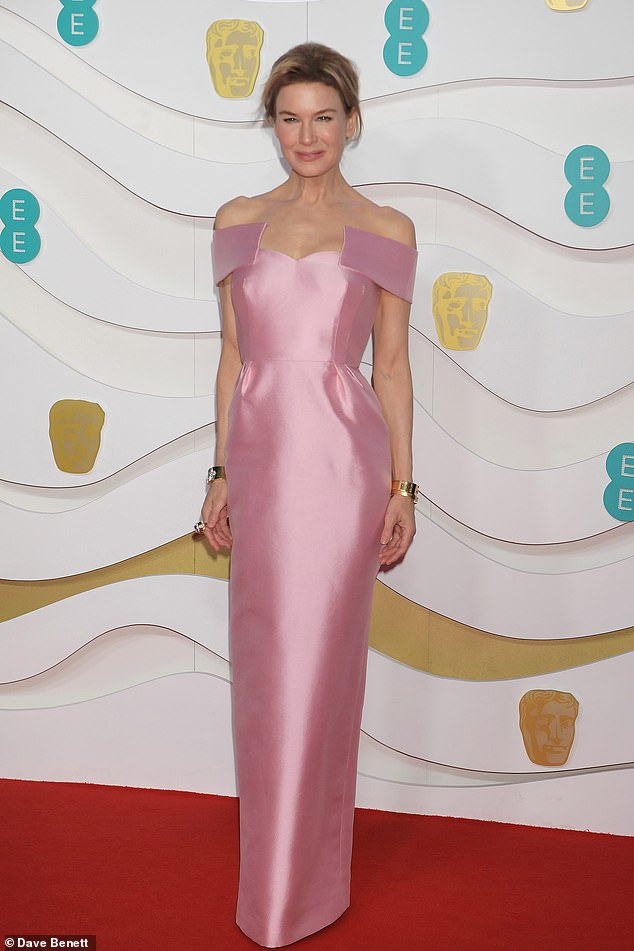 Two of a kind: The source also noted that, as both individuals were creative types, ‘they have things to talk about when together’; Zellweger is seen in 2020