Braunwyn Windham-Burke confirmed that she and girlfriend Fernanda Rocha have split up and are no longer in a romantic relationship.

‘Fernanda and I, we’re in a transitional period,’ the reality TV star, 43, told Us Weekly on Friday, September 10, which comes more than three months after she announced she was dating the fellow RHOC alum.

‘I mean, I’ve been gone for three months so while we still stay in contact, we haven’t seen each other in a long time. So I fly back home and we’re going to a party together. It’ll be the first time I see her, but we are definitely open to other things in our life.’ 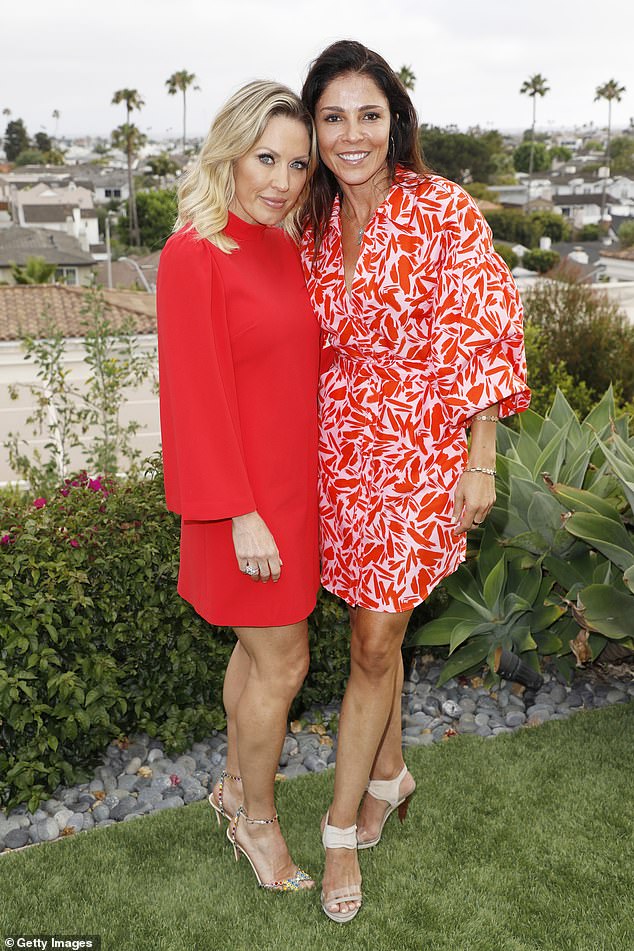 Single again: Braunwyn Windham-Burke is back on the dating market after confirming she has split from Fernanda Rocha, which comes less then four months after sharing she was dating the fellow former castmate of The Real Housewives Of Ocean County

Windham-Burke would go on to clarify that the ‘transitional period’ is in fact a breakup, adding, ‘I’m single. Okay, yes!’

The two ladies, who are both out-and-proud lesbians, initially started out as friends before becoming a full-fledged couple.

With the split, the mother of seven is technically back on the dating market again, but she is still legally married to Sean Burke. 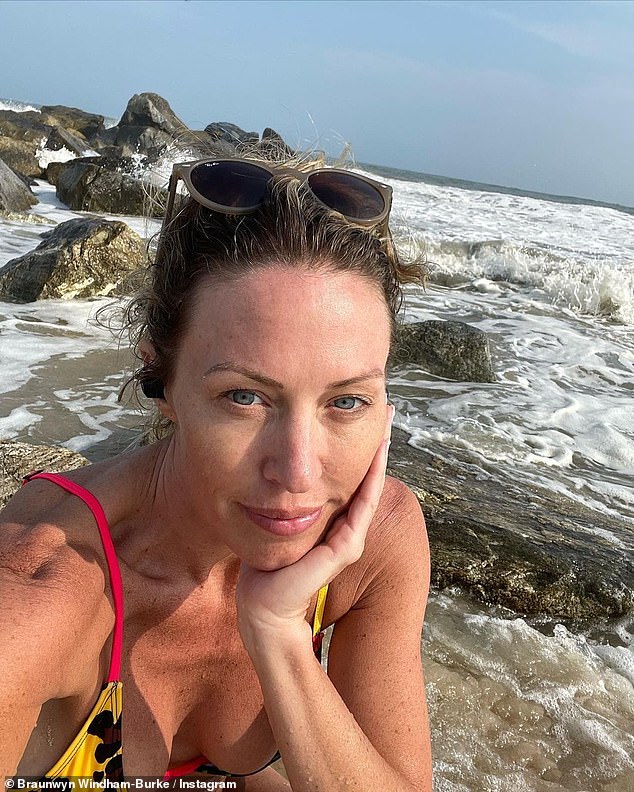 Opening up: The RHOC alum clarified that she is in fact ‘single’ in an interview with Us Weekly 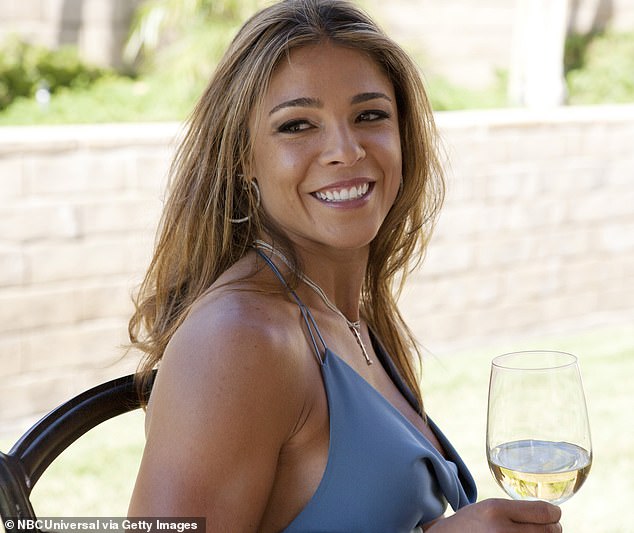 Changing relationship: Windham-Burke and Rocha initially started out as friends before becoming a full-fledged couple earlier this year

After coming out as a lesbian last year, the Burkes, who had been married for more than 20 years, opened up and revealed that they had an open relationship and would date other people.

And in the months since they came clean about their personal lives, Windham-Burke shared her thoughts on what it’s been like co-parenting their seven kids: Bella, 20, Rowan, 18, Jacob, 15, twins Curran and Caden, eight, Koa, six, and Hazel, three.

‘It’s great. I mean, we really are nailing the co-parenting thing,’ she said with obvious pride coming though in her words.

‘We are best friends. We’ve been together for 26 years. He understands that like this has been a dream of mine forever, so he’s supportive!’ 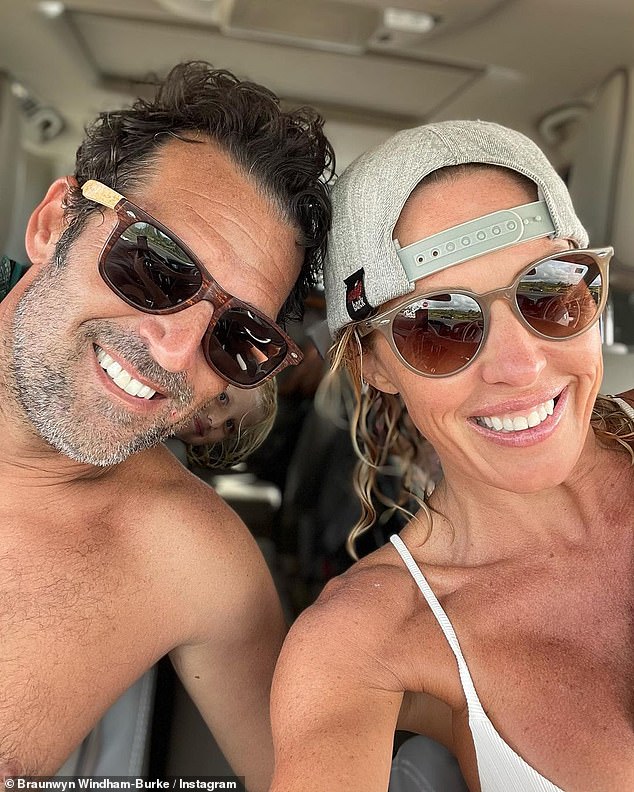 Open relationship: Windham-Burke, 43, confessed she has no intention of divorcing husband of more than 20 years, Sean Burke

And it turns out the California native has no intention of divorcing her longtime mate and baby daddy.

The last year has been a time of major changes for Windham-Burke.

During the season 15 premiere of RHOC that first aired in October 2020, she came clean and admitted she’s an ‘alcoholic.’ 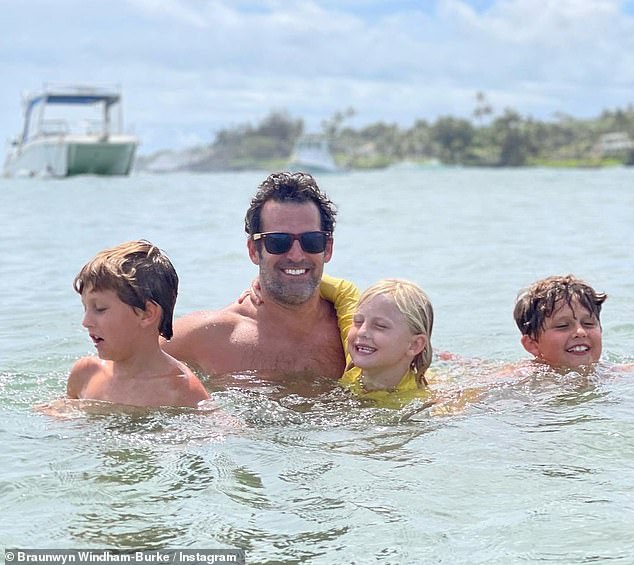 High praise: The reality TV star said she and her husband get along great and that they’re happy co-parenting their seven kids: Bella, 20, Rowan, 18, Jacob, 15, twins Curran and Caden, eight, Koa, six, and Hazel, three

She would celebrate one major milestone in her sobriety journey, 500 days clean and sober, by sharing an inspirational message on Instagram with the hope that she can help others who are struggling with addiction.

And then came her firing from RHOC after only two seasons, which caught her completely off guard.

‘I was at the beach with a friend, and the [RHOC] showrunner said, “Hey, are you free?.” He called and just said, “Hey, you know, Bravo is not renewing your contract. They decided to go a different direction,’” she revealed on the Reality Life With Kate Casey podcast.

Windham-Burke also shared that she intends to pickup and move from California to New York City, in part, to maximize the ‘many more opportunities’ there are for her in Manhattan. 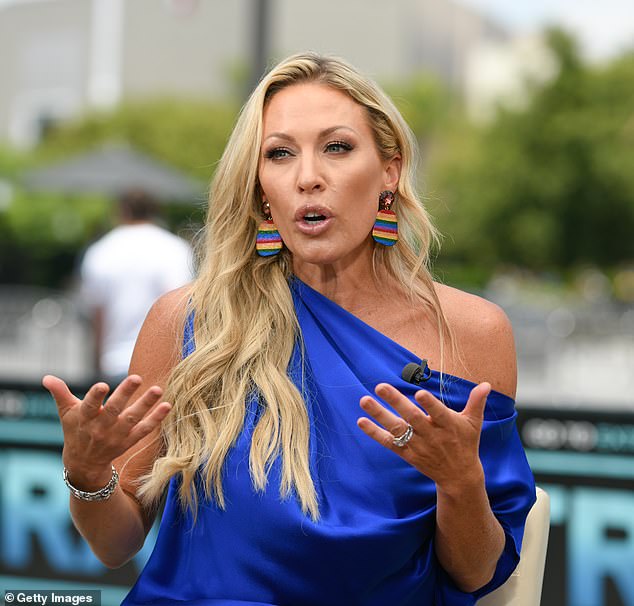 Changes: In the last year, Windham-Burke announced she’s a lesbian, confirmed her romantic relationship with Rocha, revealed she a sober alcoholic,  got fired from RHOC after two seasons, and now has split from Rocha