Rihanna and her beau A$AP Rocky continued to look smitten with each other on the set of a new music video in The Bronx.

The 33-year-old Needed Me singer was seen wearing a bikini top and daisy duke jeans shorts in some solo shots before cozying up to the rapper, 32, for more scenes.

Fans have been eagerly anticipating new music from Rihanna for nearly six years now, and by the looks of the shoot it appears she and Rocky may have musically collaborated. 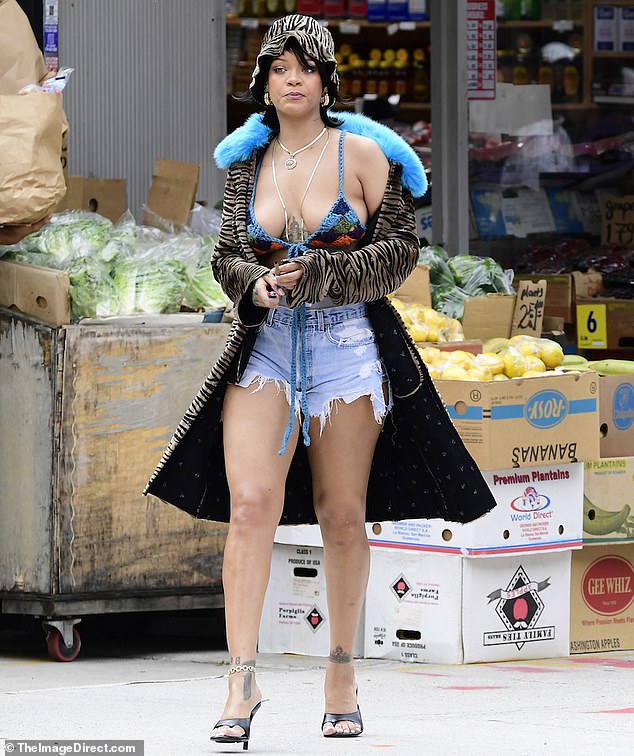 Plenty of produce! The superstar — who has not released new music since 2016 — was seen amidst a full production crew as she shot scenes in three different outfits on the streets of The Bronx 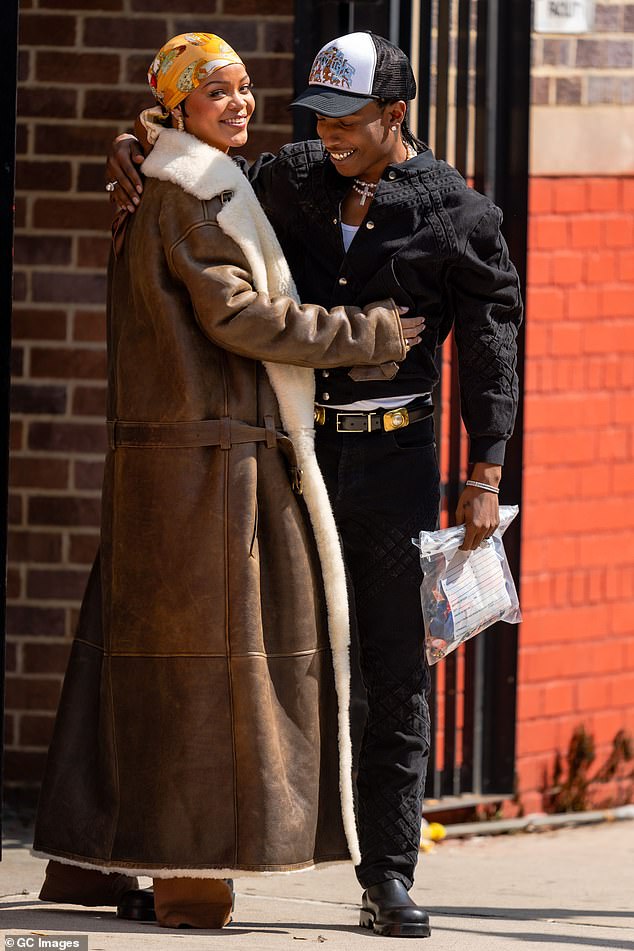 New project:  The Umbrella singer and her boyfriend A$AP Rocky looked loved up on the set of the project

Rihanna was seen slipping her curves into tiny jeans shorts and crochet bikini top which she wore with a zebra fur trimmed coat and a matching bucket hat.

She accentuated her legs with a pair of high heels as she was seen shooting scenes outside of a grocery store where two boys were seen carrying her provisions.

The Barbados born beauty was later seen in a beige tank top and slip skirt before she and Rocky took their love affair on screen for more scenes. 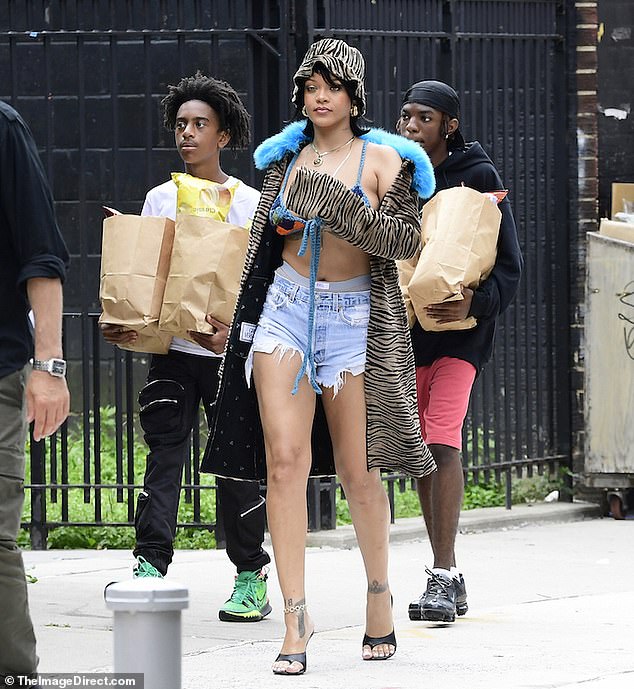 Stunner: She was seen wearing jean shorts and a bikini top for scenes outside of a grocery store 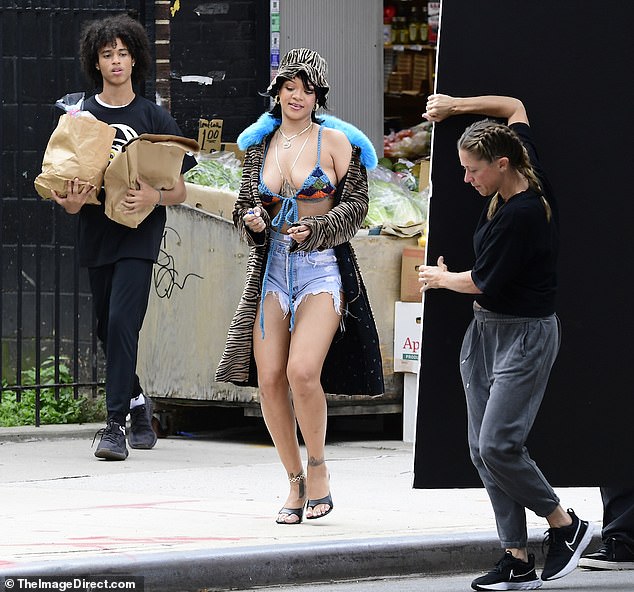 Full production: A source had previously teased a music video shoot in July for Rihanna in Los Angeles 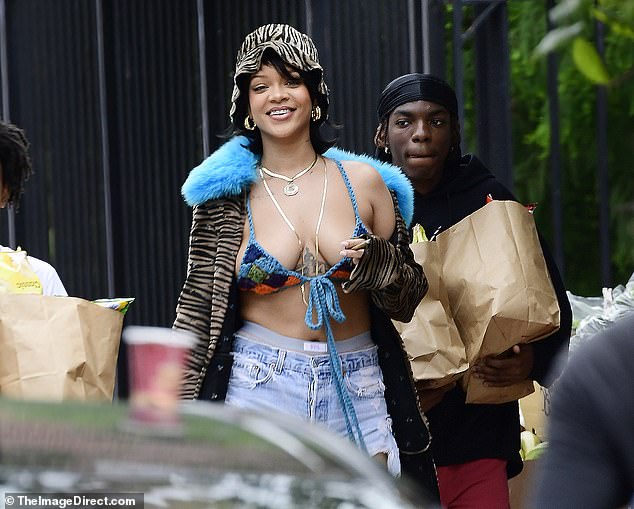 Beaming: It had been reported in May that her ninth-album had ‘finally come together’ after teasing new music for years

In May a report from The Sun seemed to put eager fans at bay after it was said that her ninth album had ‘finally come together,’ and that she had scheduled a new music video shoot for July in Los Angeles.

‘Rihanna has been secretly working on new music for a long time and her ninth album has finally come together. She has kept fans waiting for a long time — and the pandemic slowed things up even more,’ the source said.

It was added: ‘The project is still tightly under wraps but Rihanna will be filming a new music video in Los Angeles in July,’ adding that she would be using director Raja Virdi for the project. 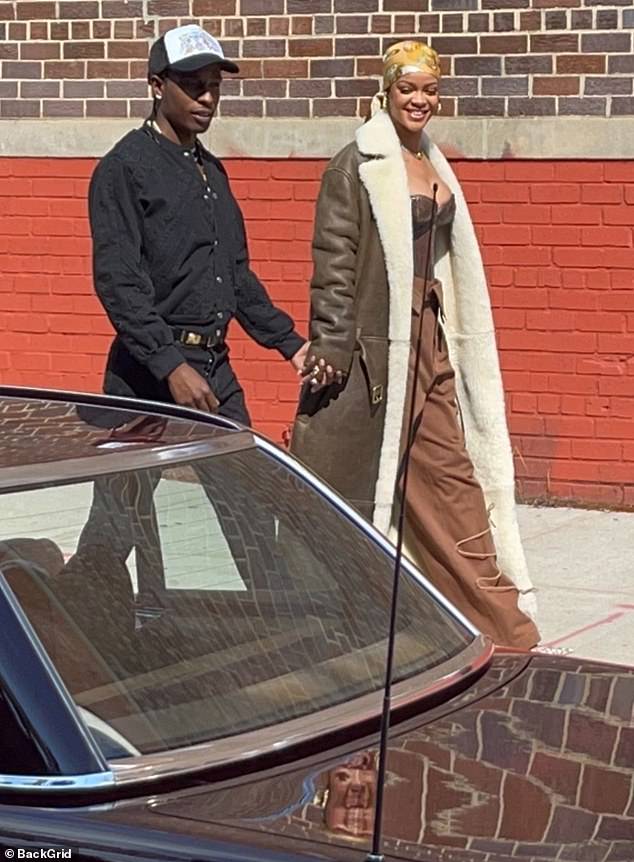 Hand in hand: The duo were seen holding hands on the set of the video shoot 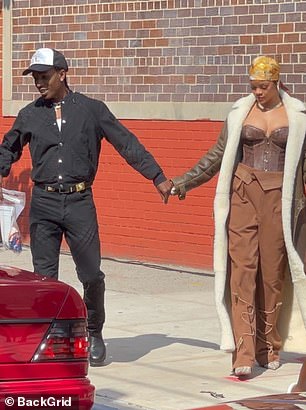 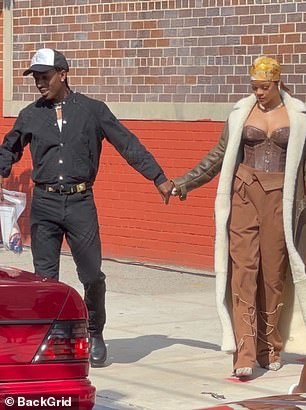 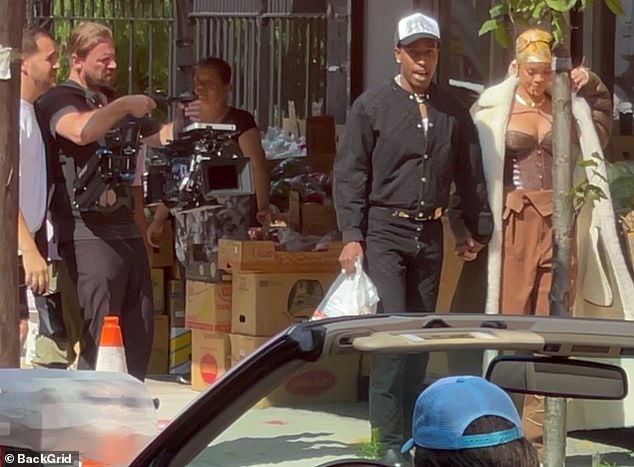 Getting the shot: The shoot can complete with a few wardrobe changes on Rihanna’s part while A$AP donned an all black patterned set

And it seems as though she tapped her boyfriend to appear in her latest project as they were seen embracing and walking hand in hand.

The Wild For The Night rapper looked cool in a patterned black set with a trucker hat as he held ‘the love of my life’s’ hand.

And Rihanna then made a change into a brown corset with oversized trousers, which she paired with a floor length sherpa lined coat and a head scarf.

A$AP had said in his tell-all GQ interview that Rihanna had ‘absolutely’ influenced his music, and called his album All Smiles a ‘ghetto love tale.’ 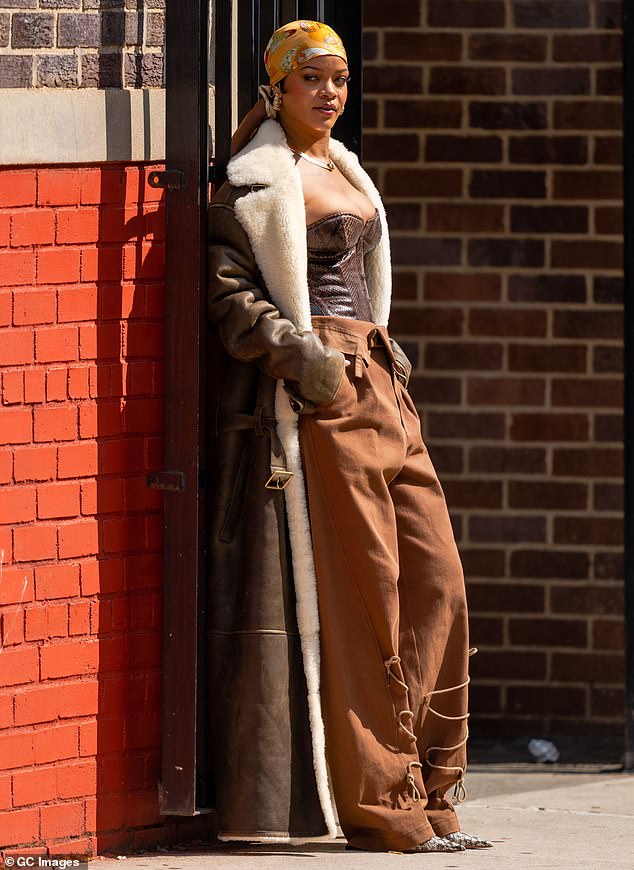 Hot on the block! Rihanna then made a change into a brown corset with oversized trousers, which she paired with a floor length sherpa lined coat and a head scarf

Embrace: The pair looked undeniably in love as they smiled and wrapped their arms around each other

And throughout the course of the interview he also called her ‘the one.’

‘So much better when you got the One. She amounts to probably, like, a million of the other ones,’ he said of being in a relationship with her.

He also dubbed her ‘my lady,’ and hinted at marriage. ‘I think when you know, you know. She’s the One.’

And in the midst of their love affair — which has become more public in recent weeks — she also covered up a tattoo of a shark on her ankle that she had gotten with Drake, in favor of a crown. 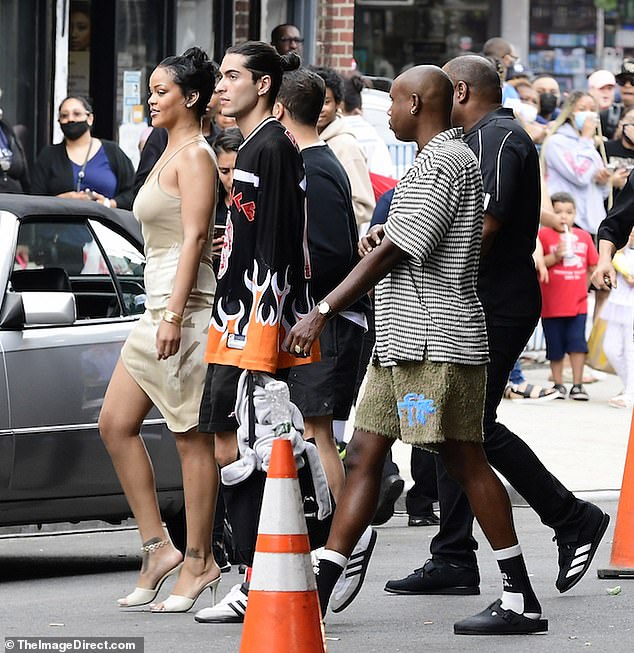 Queen: The video naturally drew the attention of the area as throngs of people were seen looking on at the superstar 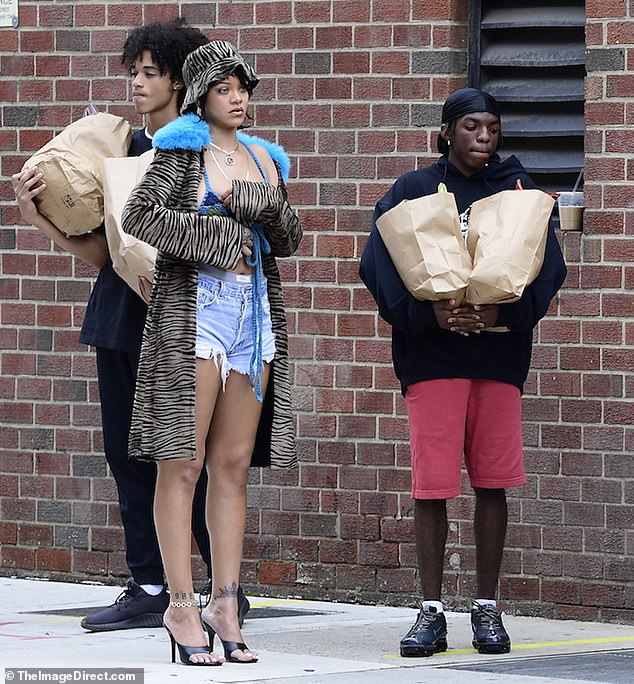 New ink: In the midst of their love affair — which has become more public in recent weeks — she also covered up a tattoo of a shark on her ankle that she had gotten with Drake, in favor of a crown (seen on her left ankle)