Ruth Langsford will likely be weighing up her options after it was reported that her husband Eamonn Holmes made the decision to ‘quit This Morning after 15 years’ on Thursday.

Ruth, 61, has presented the show alongside her husband, also 61, since 2007, but first appeared as a guest presenter in 2000. According to The Mirror, she is ‘unlikely to remain on the show without Eamonn’.

However, after breaking the news of Eamonn’s departure, the paper added that Ruth ‘is expected to continue as a regular on Loose Women’. 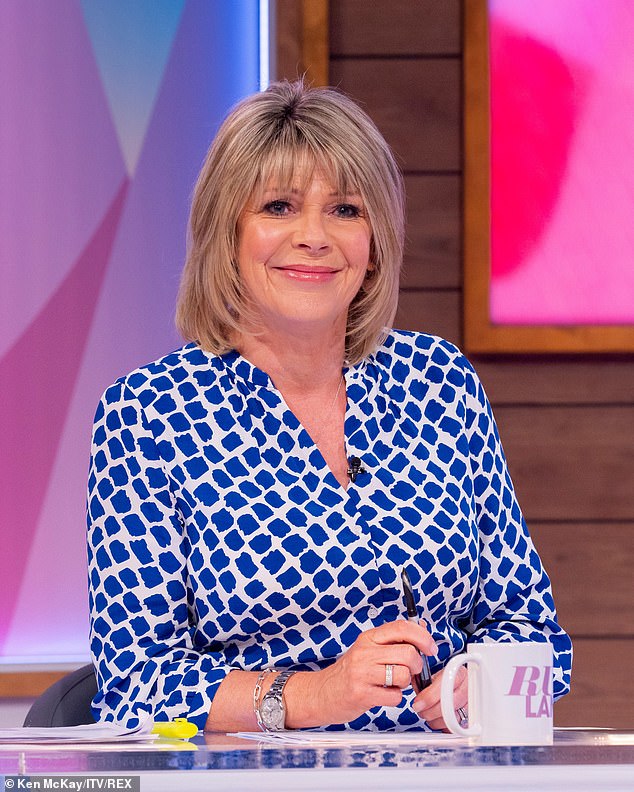 Conundrum: Ruth Langsford, 61, will be weighing up her options after it was reported that her husband Eamonn Holmes, also 61, made the decision to ‘quit This Morning after 15 years’ 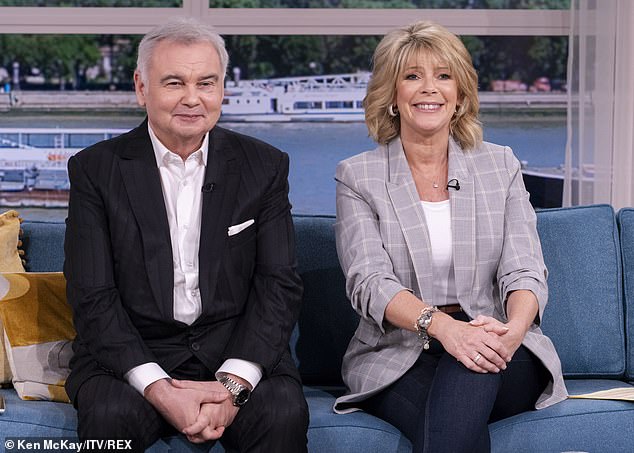 Long-time hosts: Ruth has presented the show alongside Eamonn since 2005, and according to The Mirror is ‘unlikely to remain on the show’ (pictured in August)

MailOnline has reached out to ITV and Ruth’s representative for comment.

Ruth has been a Loose Women panellist on-and-off since 1999 and started her career at regional station Television South West in the early nineties.

This Morning and Loose Women aside, Ruth’s most recent presenting gig was Lose a Stone in Four Weeks for Summer, which she hosted alongside GP Amir Khan last year.

Outside of her impressive television career, Ruth has her own fashion line with QVC and often appears on the shopping channel to promote her collections. 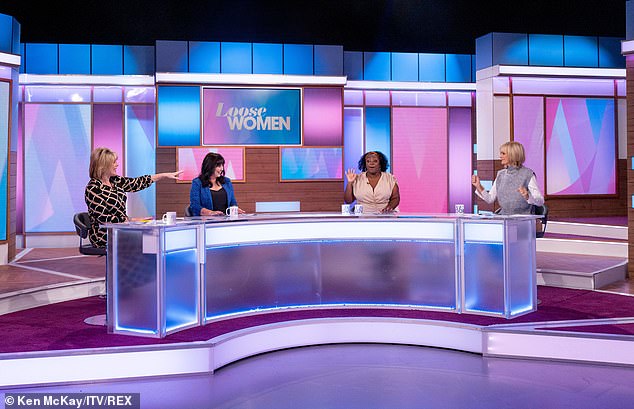 Impressive: Outside of her impressive television career, Ruth has her own fashion line with QVC (pictured on the Loose Women panel in October)

The Mirror reported on Thursday that Eamonn will ‘take up a role with GB News’ that will see him ‘front his own show several times a week’.

Upon GB News’ launch this year, Eamonn said he hoped the channel got a ‘decent chance,’ The Mirror reports.

He is said to have continued: ‘We need a shake-up on the news front. I have huge respect for TV news but this is a reminder news is not just Westminster or a constant woke agenda.’ 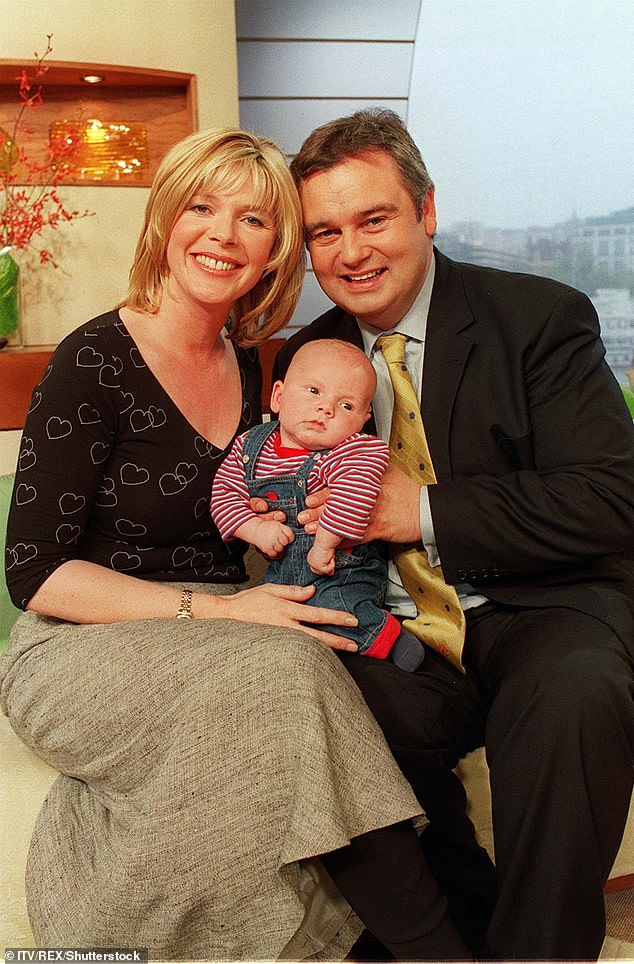 Way back: Ruth started her career at regional station Television South West in the early nineties (pictured on This Morning with Eamonn and their son in 2002)

In December, Eamonn and Ruth were replaced on This Morning by Alison Hammond and Dermot O’Leary.

It was revealed on November 30 that Ruth and Eamonn, who fill in for Holly Willoughby and Phillip Schofield on Fridays, had been cut from their weekly slot to be replaced with Alison and Dermot.

At the time, Eamonn and Ruth both sent out an identical statement which read: ‘It’s a changing of the guard on Fridays from January. We hope you make Alison and Dermot as welcome as you’ve made us over the years.

‘Have a Ball you two!… It’s not Goodbye from us, it’s simply Au Revoir until the next half term.’ [sic] 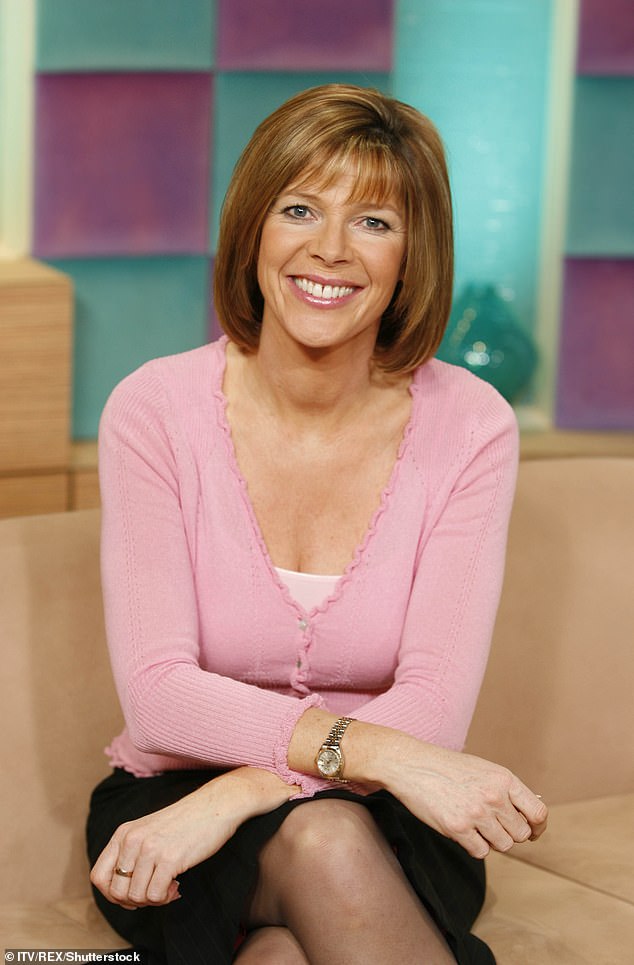 Panellist: Ruth has been a Loose Women panellist on-and-off since 1999 (pictured in 2006)

Breaking her silence on the shake-up following weeks of speculation, Alison said in a statement: ‘I never dreamt that when I first joined This Morning – initially for a few months – that I would still be there 19 years later.

‘I genuinely care about the show and the viewers who watch, so it’s a huge privilege and honour to be hosting a show I adore so much. I’m just really excited to be doing even more of what I love alongside the lovely Dermot.’

Sharing his own statement, co-host Dermot said: ‘I’m deeply thrilled and honoured to be joining the This Morning team next year. We have huge shoes to fill and we are well aware what a privilege it is to be stepping into them. 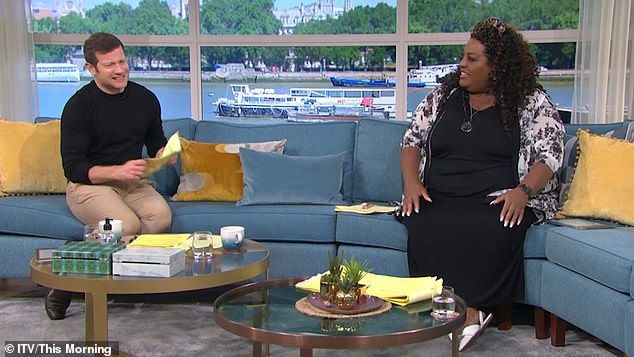 Replaced: Ruth and Eamonn, who filled in for Holly and Phillip on Fridays, were cut from their weekly slot to be replaced with Alison Hammond and Dermot O’Leary (pictured)

‘Above all, we want to have fun and for you to be able to kick your weekend off with a smile, especially given the year we’ve all had.

‘So I’m delighted to be co-hosting with the living embodiment of sunshine on a rainy day. I can’t wait to get started.’

New of the This Morning reshuffle came just months after Eamonn was forced to apologise for saying it ‘suited the state narrative’ to dismiss bizarre theories that link 5G and the coronavirus.

A day after making the comments on This Morning, he clarified on air that ‘there is no connection between the present national health emergency and 5G and to suggest otherwise would be wrong and indeed it could be possibly dangerous’. 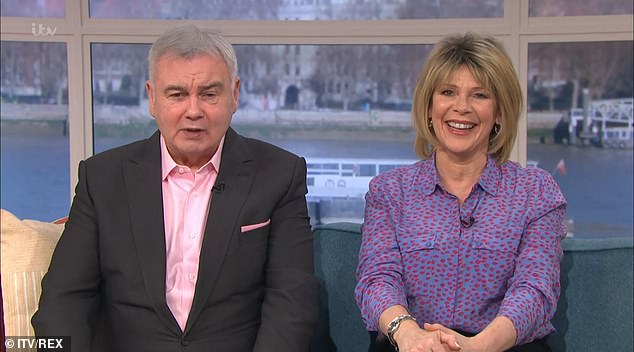 Statements: At the time, Eamonn and Ruth both sent out an identical statement which read: ‘It’s a changing of the guard on Fridays from January’