‘I’m ready for you Manchester!’ Sophie Ellis-Bextor puts on a leggy display in LBD and huge stilettos as she prepares backstage to support Steps on tour


She’s currently supporting Steps on their What The Future Holds 2021 Tour.

And Sophie Ellis-Bextor looked simply sensational as she put on a leggy display while getting ready backstage at The AO Arena Manchester on Friday.

The singer, 42, flashed plenty of leg in a thigh-skimming black dress which she teamed with pink huge stilettos as she got her glam on. 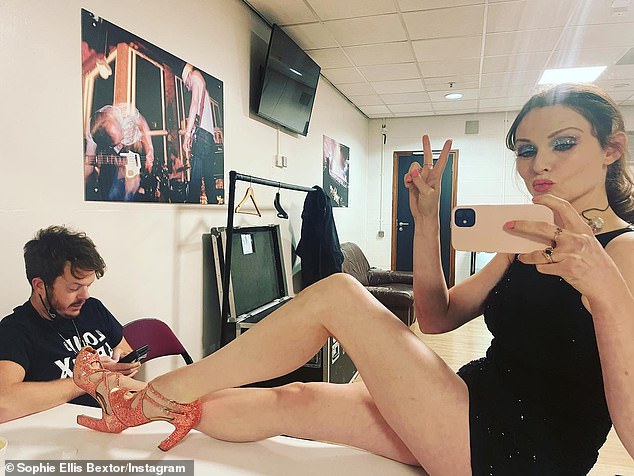 Beauty: Sophie Ellis-Bextor looked simply sensational as she put on a leggy display while getting ready for the Steps tour backstage at The AO Arena Manchester on Friday

She looked great in the sparkly number which clung to her toned figure as she pouted for the selfie and gave a peace sign.

The Murder On The Dancefloor hitmaker opted for very glamorous stage makeup including sparkly blue eyeshadow and a pink lip.

She captioned the post: ‘Second night here and I’m ready for you, Manchester! But not @richardjonesface , who is probably doing something very important on his phone!’ 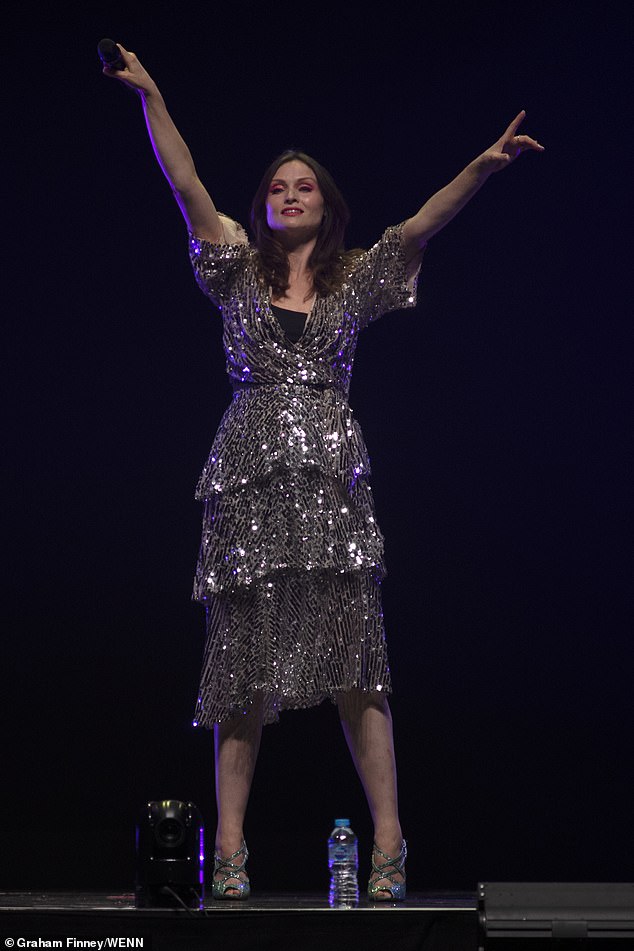 Work it! She’s currently supporting Steps on their What The Future Holds 2021 Tour (pictured in Newcastle earlier this week)

It comes as Sophie is set to make a guest appearance on Australian soap Neighbours after the show filmed in London last month.

The singer has made a cameo appearance with Ramsay Street regular Jemma Donovan at The Queens Walk along the South Bank of the River Thames.

Viewers will be able to see Sophie’s scenes next spring in the UK and Australia, when Harlow visits the English capital and is reunited with her aunt Harriet (Amanda Holden) in London.

Harriet travels to the UK solve a family mystery concerning Harlow’s mother and her late sister Prue, portrayed by Denise van Outen in 2019.. 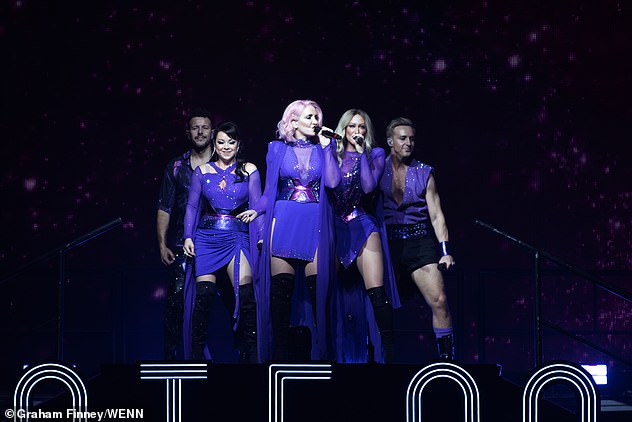 On joining the cast, Sophie said: ‘Neighbours was a huge part of my school days. We all watched it, loved it, talked about it.

‘It’s a joy to now be able to say I’ve been in it! Thanks to everyone from the cast and crew for being so lovely. I loved it!’

On Sophie’s casting, Jason Herbison, Neighbours’ Executive Producer, said: ‘We are absolutely thrilled with how filming has gone with the wonderful Amanda Holden and Jemma Donovan, to have Sophie Ellis-Bextor join us is the absolute icing on the cake and we can’t wait to share the storyline with our UK audience next year.’ 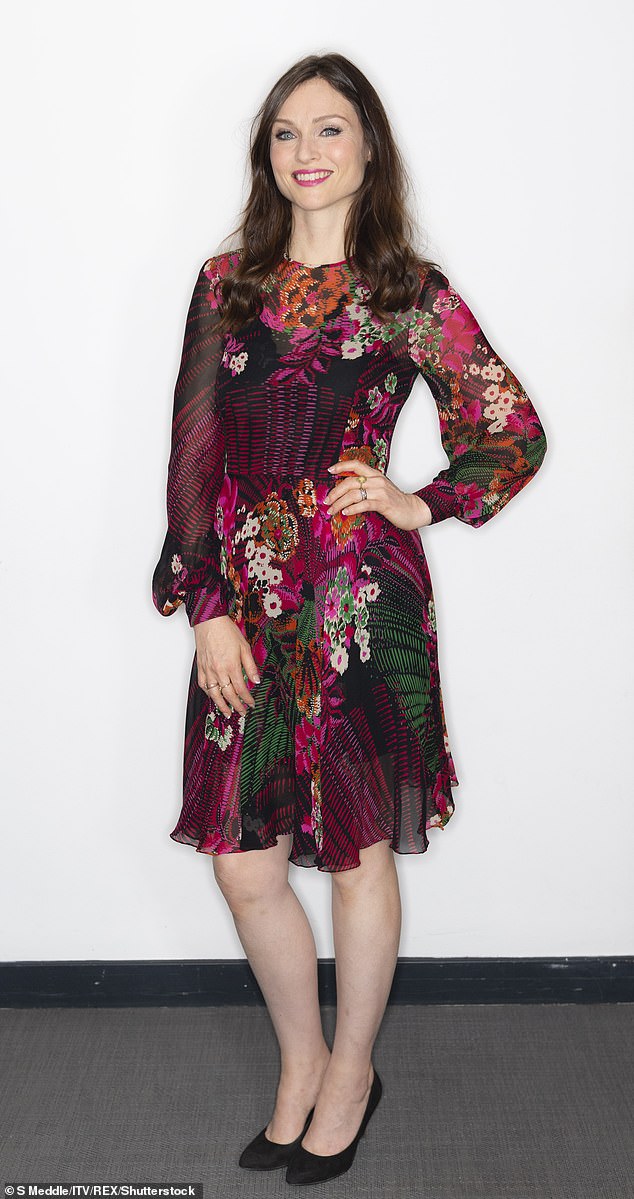 New role: It comes as Sophie is set to make a guest appearance on Australian soap Neighbours after the show filmed in London last month (pictured in October 2021)