She recently welcomed baby daughter Rose to the world.

And Stacey Solomon, 32, is so excited about celebrating Christmas with the new addition to her family that she has already started decorating her home – seven weeks early.

The singer took to her Instagram Stories on Saturday to share video of the festive trinkets she’d set out at her home, Pickle Cottage, as she counts down to the occasion next month. 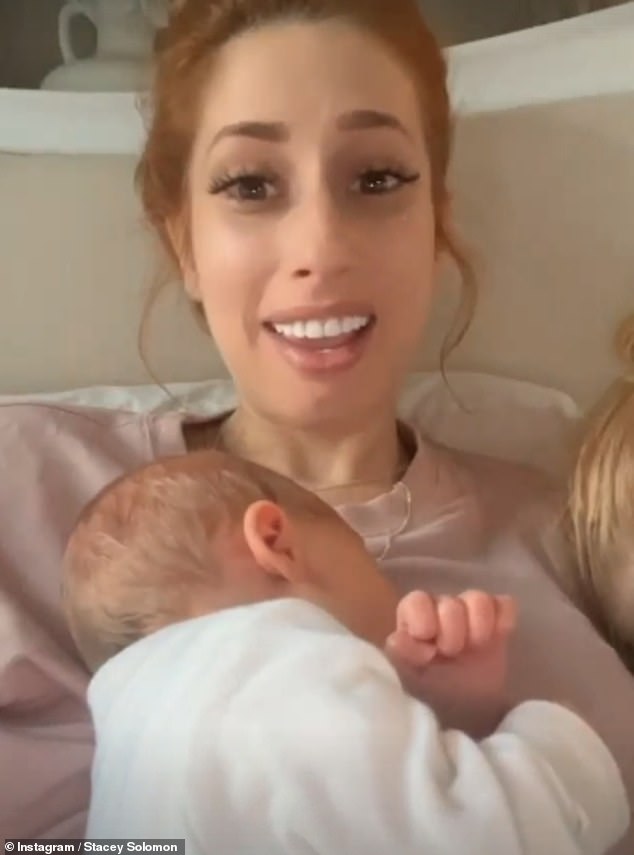 Family festivities: Stacey Solomon, 32, is so excited about celebrating Christmas with baby Rose that she has already started decorating her home – seven weeks before Christmas

The Loose Women star gave a glimpse at her bed which had a pillow on it with the words ‘Winter Farm’ and ‘cut down your Christmas trees’ emblazoned across it.

She also shared a clip of herself hanging a star adorned with fairy lights on her mirror.

In another snap, Stacey’s fireplace could be seen with a garland and across while a sleigh sat on the ground with some soft elves sitting in it. 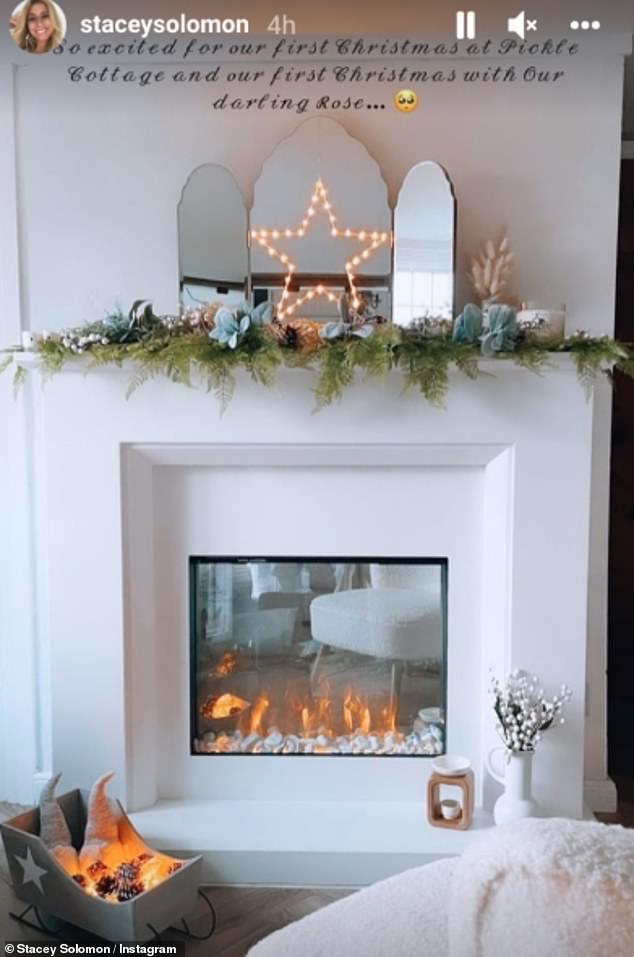 Looking forward: The singer took to her Instagram Stories on Saturday to share video of the festive trinkets she’d set out at her home, Pickle Cottage 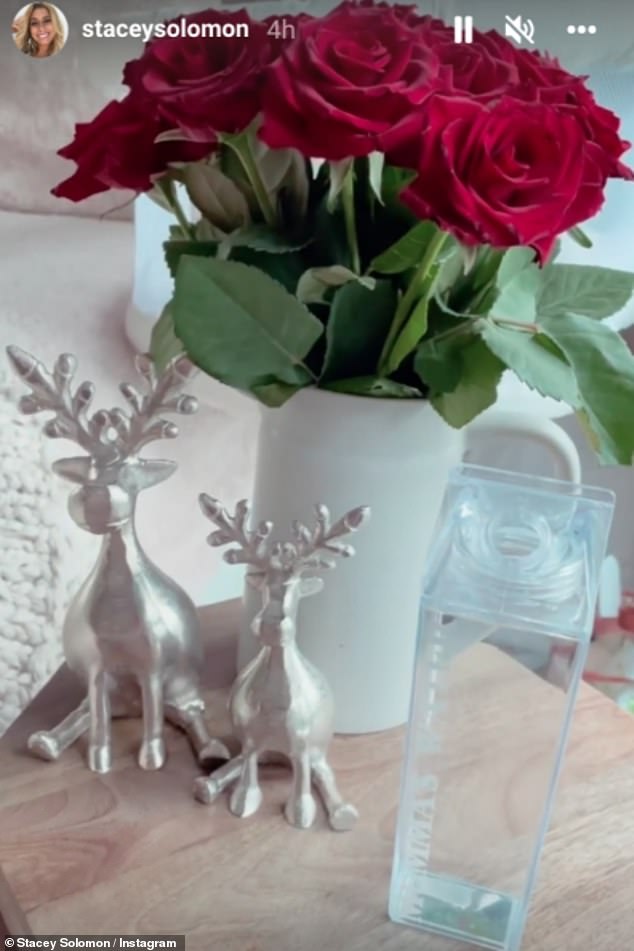 Holiday magic: Stacey shared a snap of some silver reindeer in front of a bunch of red roses as she prepared for the festive period

She is also mother to sons Zachary, 13, and Leighton, nine, from a previous relationship, and two-year-old Rex, who she shares with Joe. 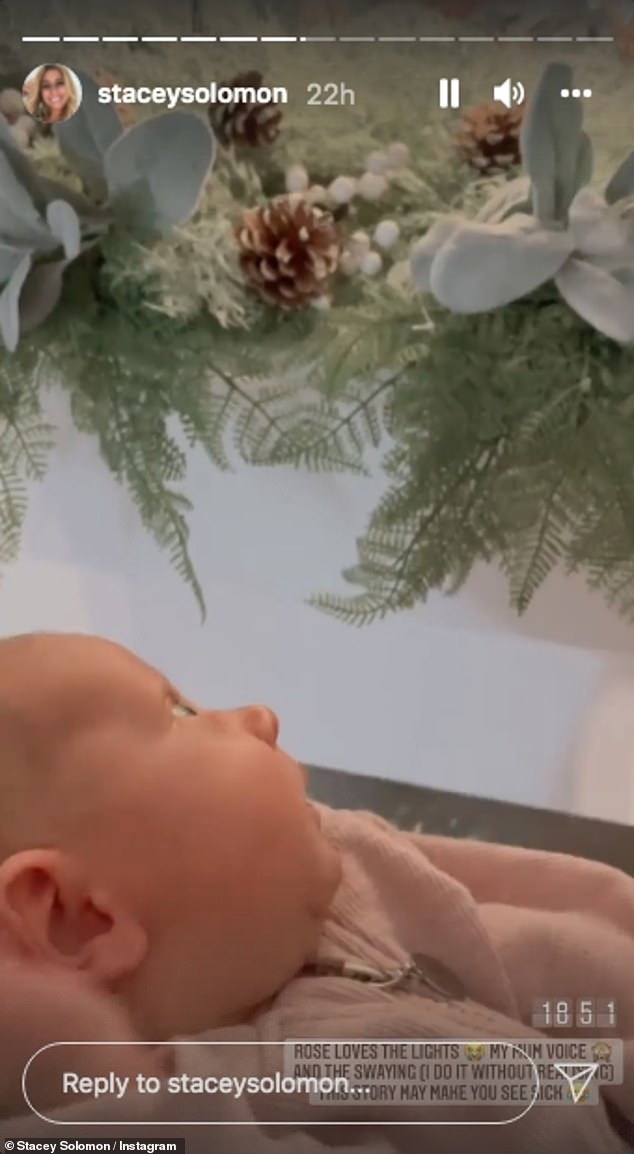 Family affair: Stacey welcomed her first daughter, Rose, to the world on her 32nd birthday in October and she is looking forward to spending Christmas with the baby

Stacey has been in a festive mood of late, sharing a picture of herself with her family as they sported Monsters Inc inspired costumes for Halloween last week.

The television personality told her fans she had been laughing all night at their efforts.

She wrote alongside the snaps on Instagram: ‘Happy Halloween lots of love from me and my little monsters. 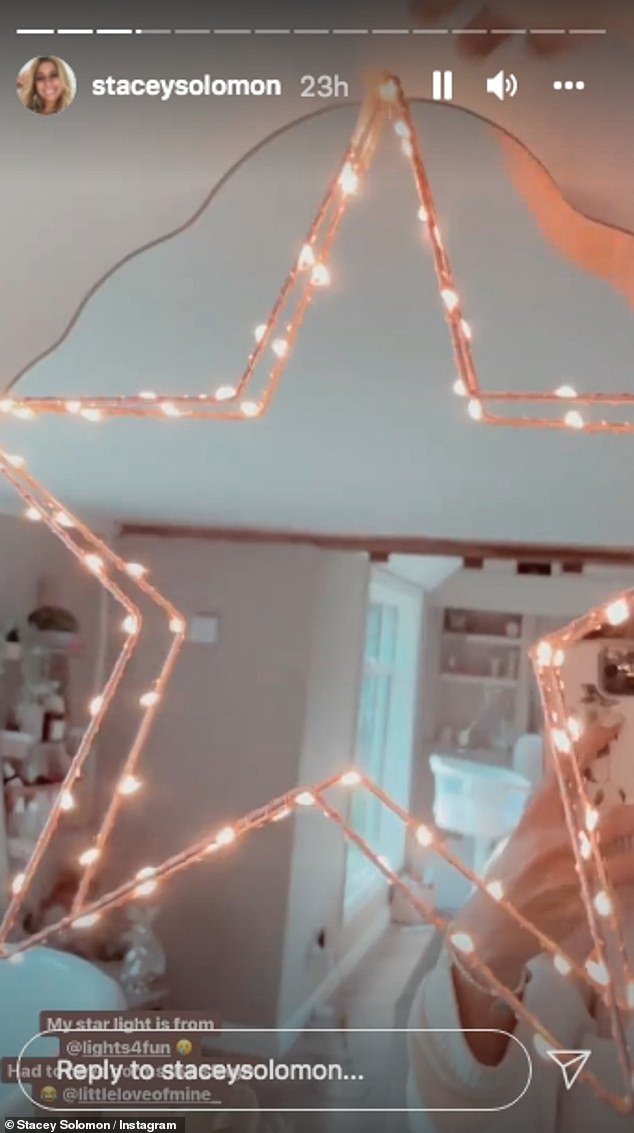 Cosy: She also shared a clip of herself hanging a star adorned with fairy lights on her mirror at her home

‘Joe and Leighton were in charge of Halloween this year and they tried so hard bless em.

‘My snake hair is cracking me up. To be fair it’s better than my actual hair right now…’

She continued to detail their Halloween plans and hoped that the pictures brought her followers the same joy it did her. 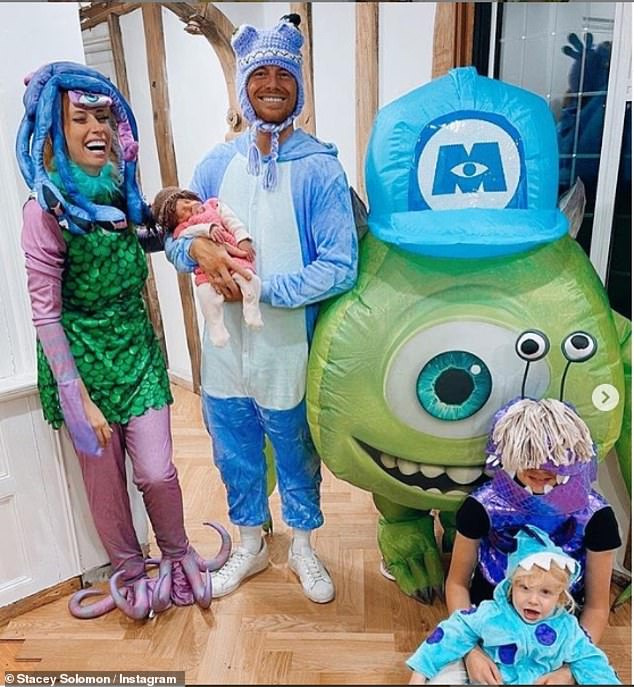 Hilarious: Stacey shared her family’s ‘ridiculous’ Halloween costumes as they dressed up as characters from Monsters Inc 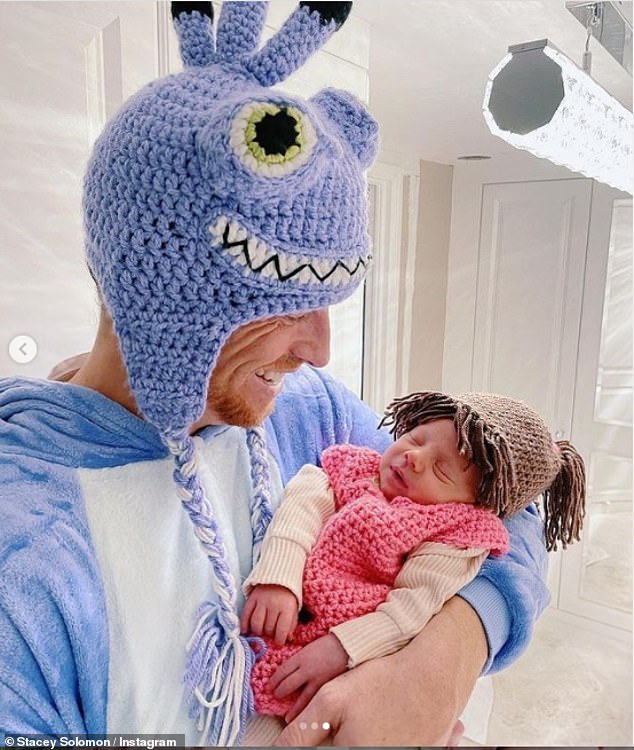 ‘It’s made me laugh so much all night. Love you Joe Joe. The boys went trick or treating like this and then we had a little disco in the garden looking like absolute weirdos.

‘Hope this brings you as much joy as it brought us tonight. It’s so ridiculous it makes me love it even more.’

Stacey’s posts come after the Essex-born star was forced to change the name she was originally planning for Rose – full name Rose Opal Esmè Solomon-Swash – after realising the baby’s initials would spell out an unfortunate word. She wanted to name her baby after the season in which she was born, meaning the little girl would have been called Autumn Solomon-Swash.

She told her Instagram followers earlier this month: ‘We loved the name Autumn but then we realised her initials would be ASS. 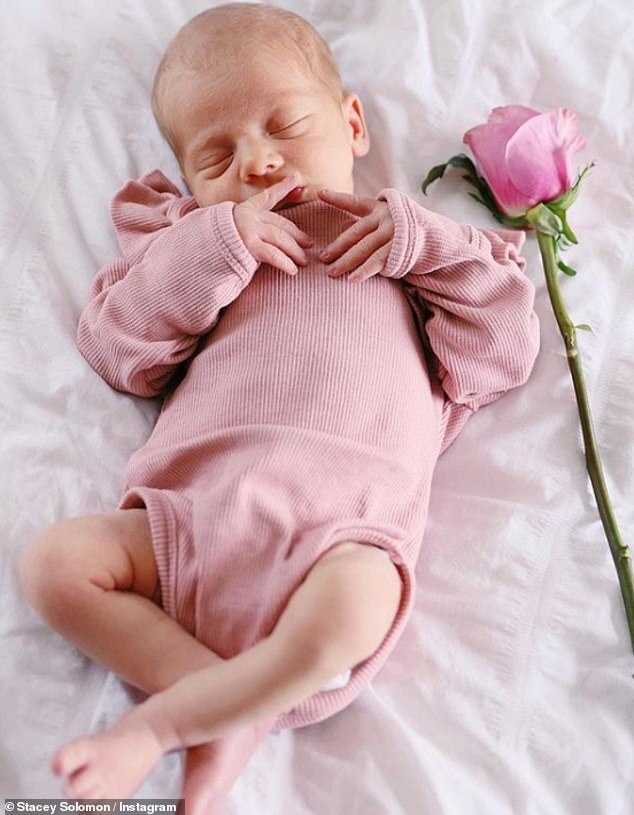 Newborn: The Essex-born star was forced to change the name she was originally planning for Rose after realising the baby’s initials would spell out an unfortunate word