Kate Moss’s daughter Lila celebrated her 19th birthday at a spectacular Disney-themed party last week, with my exclusive pictures showing how she channelled the spirit of Tinker Bell.

But there was a notable omission from the many party snaps I’ve seen: her ‘stepfather’, Count Nikolai von Bismarck, who is said to be incredibly close to the teenager.

Nor was Kate’s boyfriend present when Lila took to the catwalk at London fashion week on Tuesday. While mum was on the front row proudly watching, her 34-year-old partner was absent.

Kate, 46, was instead accompanied by Vogue editor Edward Enninful and Jordan Barrett, a 24-year-old male model who has been Kate’s constant companion in recent months and appears to have replaced Nikolai as the supermodel’s number one wingman.

Kate was a ring bearer at Jordan’s wedding to fellow male model Fernando Casablancas in Ibiza last month – where she resumed her party-loving ways after years of laying low.

Nikolai, who is staunchly sober and credited with encouraging Kate’s recent penchant for Netflix and early nights, was apparently nowhere to be seen.

As I revealed last week, friends have been wondering if Kate may be tempted back into her wilder ways now that lockdown is over.

One friend has suggested that Nikolai may be, at least temporarily, off the scene. 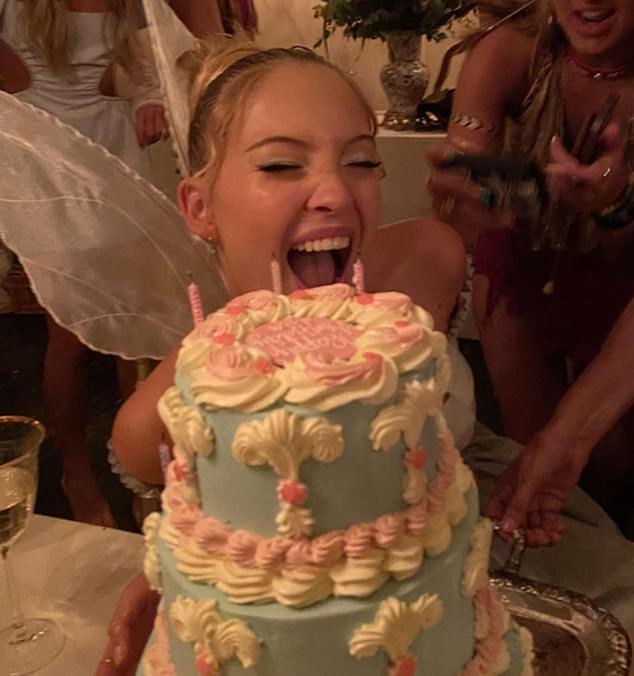 Lila pictured with her cake. The teenager’s choice of outfit was appropriate, given she has been nicknamed ‘Tinkers’

Meanwhile, Kate was in good spirits at her only daughter’s birthday bash, ahead of the big day this Wednesday, thrown in an elegant townhouse which looked like Kate’s own Highgate home.

She smiled adoringly as she presented Lila with an ornate, three-tier pastel blue cake, carried into the room by a man dressed as Winnie The Pooh’s pal Tigger.

The teenager’s choice of outfit was appropriate, given she has been nicknamed ‘Tinkers’. And because Count Nikolai appears to be a Lost Boy…

Jack Whitehall has been banging on about how keen he is to step out of the shadow of his talent agent father Michael – after a BBC talk show and five travel series for Netflix together.

But I’m wondering how keen he is on his other ‘partner’, influencer Roxy Horner, 30. 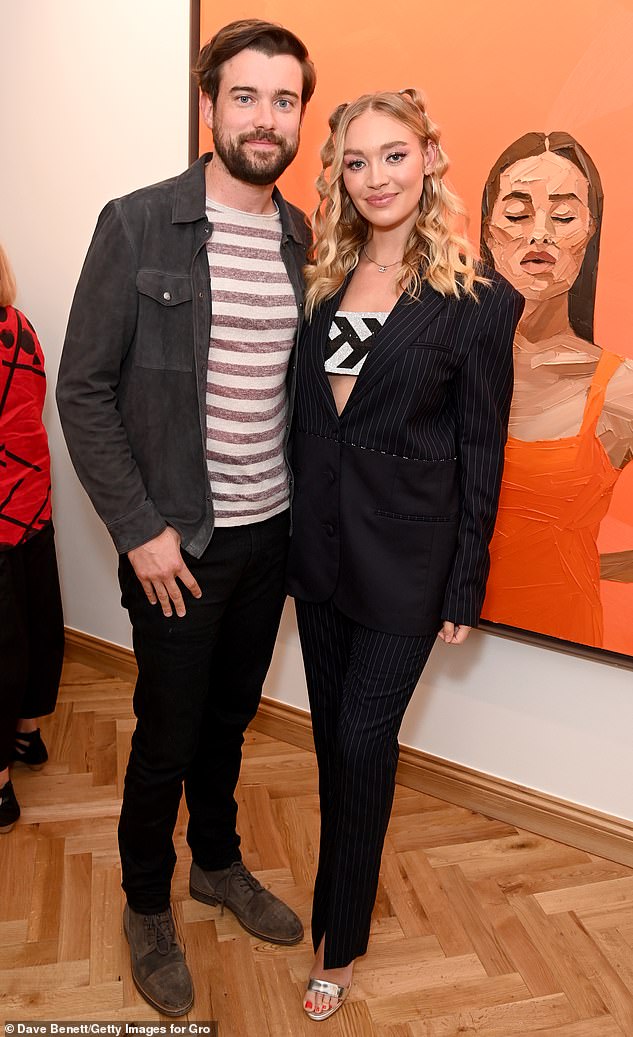 The pair arrived separately at an Elena Gual art exhibition last week, and barely touched as they posed for snaps. While that partnership may be up for debate, Jack, 33, is in no doubt about the relationship with his dad, 81.

‘My ambition is to finally get out of Michael Whitehall’s long and dark shadow,’ he joked. ‘It drives me mad when strangers yell out in the street: “Where’s your dad?” Even in America!’

My lips are sealed, but…

Which married MP’s recent demotion was not unconnected to the fact that they were having an affair – and their spouse had found out about it?

Damien Hirst famously submerged a cow in formaldehyde and called it art, making millions in the process. Now the wacky artist has immortalised his ballerina girlfriend Sophie Cannell in a silver cast – posing on all fours. Her risqué stance is undoubtedly eye-catching – but I do hope her relatives avert their eyes. 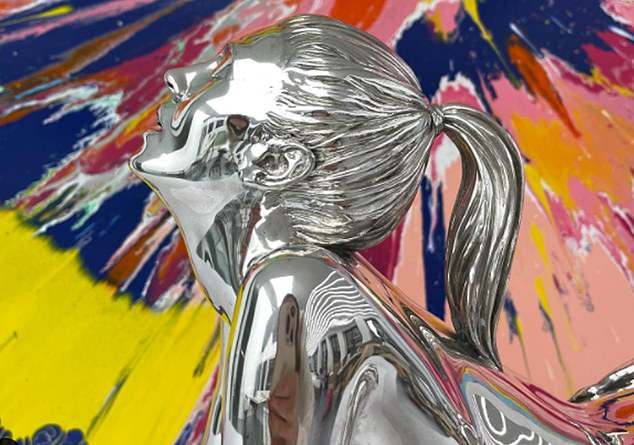 The image of her throwing her head back has an expression that suggests she is in a state of, er, ‘euphoria’.

After stepping out with numerous girlfriends since splitting with long-term partner Maia, Damien, 56, seems to have settled on Sophie, 27, whom he met two years ago while she was toiling as a waitress at Chiltern Firehouse.

He has lavished her with expensive gifts ever since, including a diamond encrusted Rolex and regular trips around the world on his private jet.