Researchers believe they have discovered the part of the brain that could make a person sick by storing and retrieving episodes of past illnesses, a new study suggests.

The findings — led by a group of scientists at Technion-Israel Institute of Technology — were able to show that the insurlar cortex in previously health mice caused inflammation to appear.

The inflammation occurred in different parts of their bodies, including the colon and abdomen.

While the induced inflammation occurred, the researchers watched the neuron activity and saw a ‘chemogenetic reactivation’ that was similar to what happened when the mice were inflamed previously. 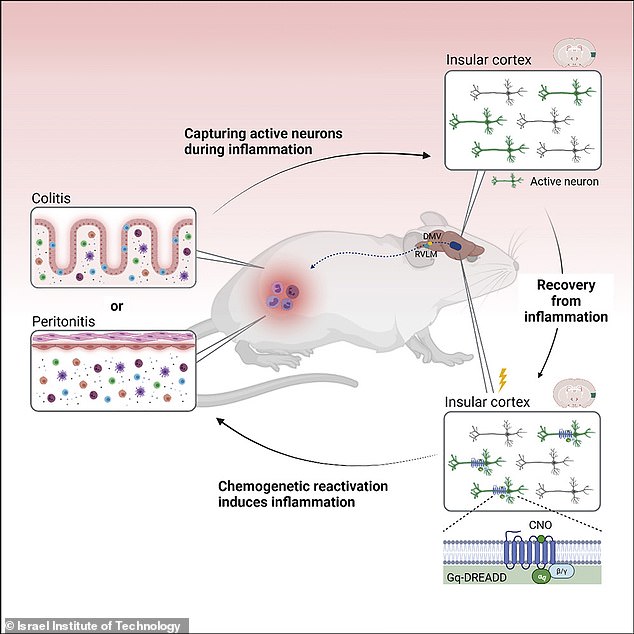 The researchers induced inflammation in the same regions in the mice, but only by activating the neurons that fired during the original inflammation.

The brain of the mice was storing and retrieving ‘specific immune responses, extending the classical concept of immunological memory to neuronal representations of inflammatory information,’ the authors wrote in the study.

‘This suggests that the brain stores some kind of representation of inflammatory conditions that mice experience, and has a way of causing the same inflammation,’ one of the study’s co-authors, neuroimmunologist Asya Rolls said in an interview with The Times of Israel.

‘While there is a gap between experiments in mice and understanding humans, this opens up a new line of investigation for psychosomatic illness in humans.’ 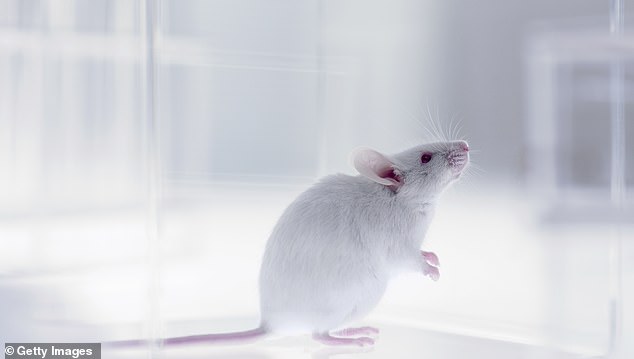 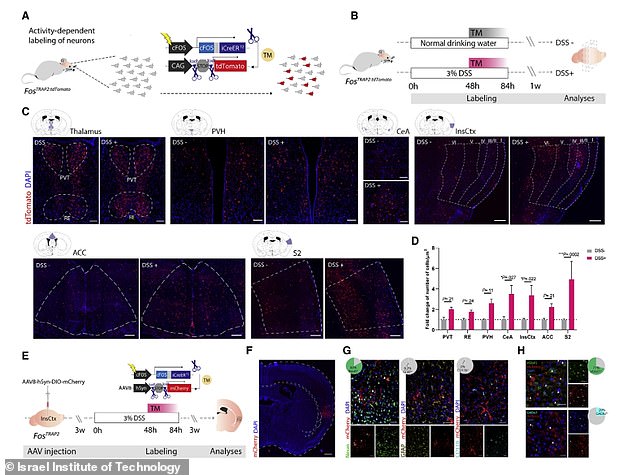 Researchers were able to induce inflammation by activating the neurons that fired during the original inflammation. The brain of the mice stored and retrieved specific immune responses

The findings show that there is indeed something to people being affected by psychosomatic illness, which are often associated with stomach ailments.

‘Moreover, many gut-related disorders are suggested to be psychosomatic in etiology, induced by emotionally salient experiences,’ the researchers wrote in the study.

‘The limited understanding of the underlying mechanisms of such disorders hampers the effectiveness of clinical interventions that are currently available.

‘Our findings reveal the potential of inhibiting InsCtx activity as a means of suppressing peripheral inflammation. Thus, this study adds another perspective to the understanding of these pathological conditions and, presumably, an avenue for therapeutic intervention.’

‘I was surprised to see the effect so clearly, with inflammation starting soon after neurons were activated, even though there was no pathogen or other physical trigger,’ Rolls told the news outlet. 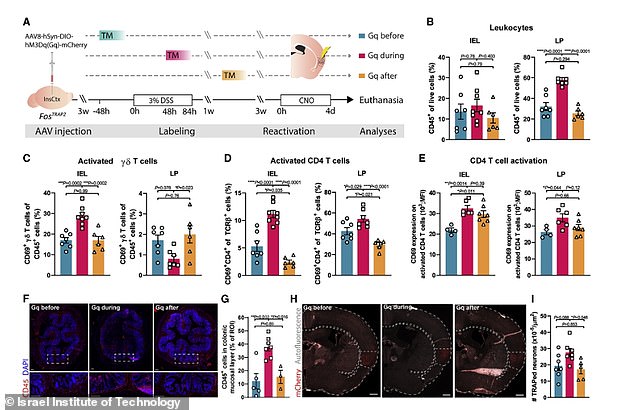 According to the Cleveland Clinic, it is believed that anywhere between five and seven percent of the population are impacted by somatic symptom disorder.

It’s unclear why at this time, but women are believed to have somatic pains about 10 times more often than men, the organization added.

If the brain and in particular, the insurlar cortex, does have the power to cause inflammation in parts of a person’s body, then it could play in role in curbing the inflammation.

‘In many inflammatory conditions we use immunosuppressive drugs, which help by reducing the function of the immune system,’ Rolls said in the interview.

‘But they make the patient more vulnerable to other conditions due to their lowered defenses.

‘If we find that for a range of illnesses we could reduce the extent we need to dial down the immune system, and instead suppress inflammation-causing activity in the brain, this could be a great advance.’

The research was recently published in the scientific journal Cell.