After giving birth to her son Cailean, Wilma MacDonald expected a few short-lived aches and pains.

But, as time wore on, she suffered lower back pain that was so agonising even getting out of an armchair was a huge struggle.

Yet when Wilma, then 38, a nutritional therapist, was referred by her GP to an NHS physiotherapist she was told it was a routine after-effect of labour and she’d soon be back to normal.

Only the pain got worse. In fact, Wilma endured nearly three years of discomfort before finally being diagnosed with diastasis recti (DR), a condition where the left and right sides of the large muscles at the front of the abdomen separate — due to womb expansion — during pregnancy and fail to join back together after birth. 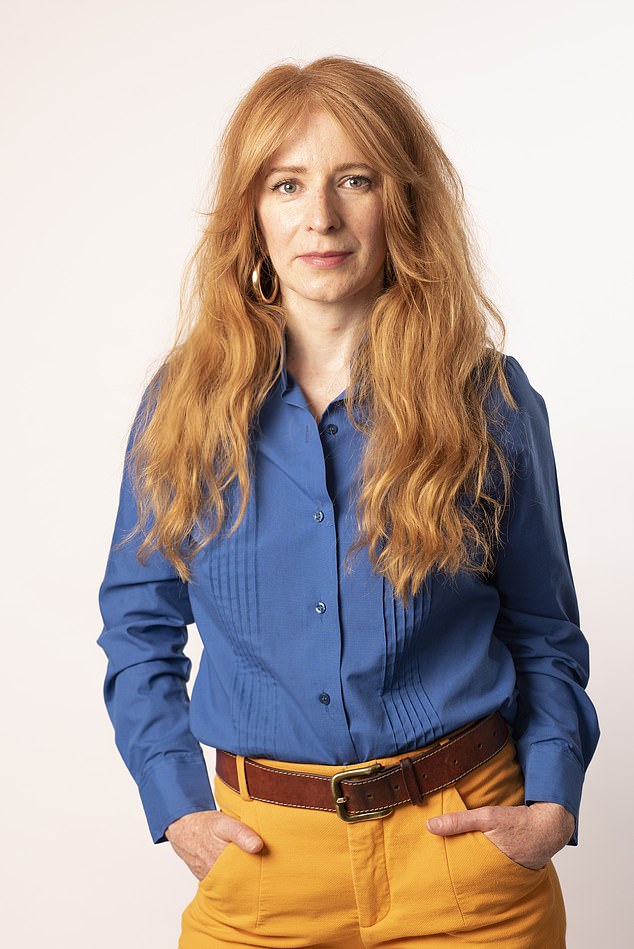 After giving birth to her son Cailean, Wilma MacDonald expected a few short-lived aches and pains. But, as time wore on, she suffered lower back pain that was so agonising even getting out of an armchair was a huge struggle

As well as being painful, it causes a ‘doming’ effect on the stomach which means some women still look pregnant long after the birth — a source of distress for many. A 2016 study of 300 first-time pregnant women by Norwegian doctors found 45 per cent still had diastasis recti six months after delivering their child and 32 per cent suffered problems after 12 months.

Despite the fact that the problem affects around a third of women during pregnancy, many say they struggle to get a diagnosis, let alone be warned of the risks while expecting their baby.

Writer and broadcaster Caitlin Moran recently revealed that undiagnosed diastasis recti was the hidden cause of her long-term backache. Caitlin, who has since had surgery to correct the problem, wrote: ‘Some days just getting out of bed made me cry. I feel 1,000 years old.’

As well as agonising backache — as a result of the abdominal muscles, which should support the back, not working properly — it can cause constipation, urinary leaking and poor posture.

It can also lead to a hernia — where tissues tear, leading to organs poking through the opening — in the bowel and sharp pain, explains Shirin Irani, a consultant gynaecologist in Birmingham. She says: ‘Even if there are no physical symptoms, it can have a huge emotional impact because of bulging. Many sufferers are asked if they are pregnant even though they had their child ages before. It’s upsetting.’

Dr Aishah Iqbal, a GP in Leicester, suffered DR following the birth of her daughter 11 months ago. She says separated stomach muscles should go back to normal within eight weeks of delivery, adding: ‘In pregnancy, the growing uterus causes the abdominal muscles to separate to allow for the growth of the baby’. 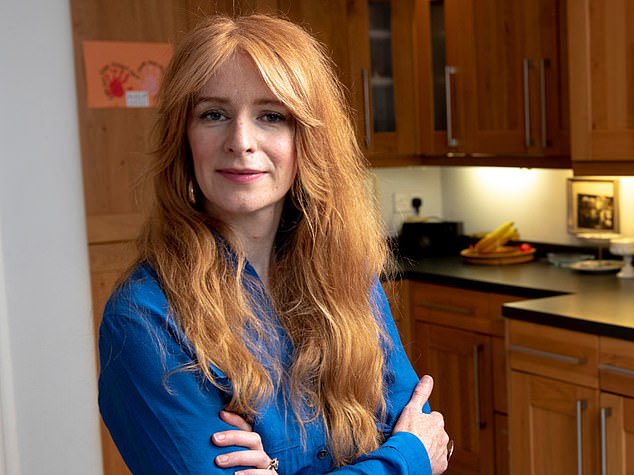 When Wilma, then 38, a nutritional therapist, was referred by her GP to an NHS physiotherapist she was told it was a routine after-effect of labour and she’d soon be back to normal. Only the pain got worse

Factors such as weight and fitness — and therefore muscle strength — can affect how severe a diastasis can be, as can pregnancy hormones such as oestrogen, which relax abdominal muscles and soften connective tissues.

While there is no standard classification of DR, the most widely accepted definition is a gap of 2.7 cm (approximately two finger-widths) between the long stomach muscles that run down from the ribs to the pubic bone. Dr Iqbal, suspecting she had the condition, sought help from a private physiotherapist.

‘There’s a big issue of women not realising or being educated that diastasis recti is a thing,’ she says. ‘As well as being a GP, I work as a weight loss coach and often meet women who think it’s abdominal fat that makes them look pregnant. They never consider it might be weak abdominal muscles.’

And what they don’t realise is that weight loss won’t tackle the bulge if it is caused by DR.

Elaine Farquharson, a sports physiotherapist from Weymouth, Dorset, who has also experienced DR, says she’s often treated women whose condition was overlooked and caused knock-on problems. ‘I see countless women who have, say, shoulder problems or pelvic alignment problems because they have DR and aren’t using their muscles appropriately.

‘Nobody is checking for it. It’s not seen as important by some doctors so women are left to deal with it themselves. Yet it has a massive impact on mental health because it makes women feel awful.’

The irony is that the problem is very easy to diagnose — by careful feeling of the stomach to look for a gap between the muscles.

For Wilma MacDonald, her 2017 pregnancy was textbook — even though her 7lb boy only arrived after she had been in labour for 36 hours. She says: ‘I didn’t have any pain relief except gas and air.

‘I had my partner, sister and parents all waiting to help. I felt everything was just fine.’

Yet the 5ft 1in previously-fit new mother soon began to feel something wasn’t right. As her backache grew worse, Wilma, who lives in Edinburgh with her partner Andrew Ness, 42, and Cailean, lost strength in her core (abdominal) muscles, which stabilise and control the pelvis and spine.

‘When I tried to get out of bed there was no tension in my back,’ she says. ‘I couldn’t tense my muscles or flex them and my stomach had a kind of “dome” shape if I sat up or leaned in a certain way.

‘I felt a dull ache in my back all the time and I had to try to compensate for the way I carried Cailean. I knew I’d just had a baby but I expected to start feeling better after a couple of months. However, it didn’t go away.

‘If I was walking I would get a sore back after 45 minutes. And getting up out of a chair was really hard as I couldn’t put any pressure on the mid-section, which is the bit you use to do this.

‘Meanwhile, I had some urinary leakage, my back was curving more and my posture was really bad so my bottom was sticking out. I’d watch myself in the mirror and try to straighten up but just couldn’t do it.’

When Wilma finally got to see an NHS physiotherapist after a six-week wait it was only to be told that ‘feeling the way I did was normal after childbirth. I was dismissed after less than 20 minutes and told to do Pilates to strengthen my muscles’. It was only when Caelian was three and after more fruitless trips to the GP that Wilma — still in pain — saw a physiotherapist privately.

She says: ‘After examining me, feeling my stomach and testing me with certain exercises — such as gentle sit-ups — she deduced I had a large split in my abdominal muscles. I was absolutely shocked. I had no idea about this. And I was deeply disappointed it was only diagnosed after all that time and only through paying privately.’

The condition is most commonly treated with tailored physiotherapy to strengthen the muscles and help them knit back together.

A key part of this is working on maintaining posture when moving and lifting.

This involves deep abdominal strength work and pelvic floor muscle exercises to support the linea alba — the fibrous structure that keeps the abdominal muscles at a certain proximity to each other, explains Ruth Smith, of London-based Complete Pilates physiotherapy.

However, the three-hour operation, under a general anaesthetic, is classed as cosmetic surgery and is not routinely available on the NHS. Wilma was prescribed a whole range of exercises to do at least three times a week.

She explains: ‘It was quite uncomfortable at first, but I really worked at it. Within six weeks, I noticed the difference — I could lift the baby and I could just tell that strength was coming back in my core. There was no doming on my stomach when I was doing certain exercises.

‘I’m now four years on and most of the time I am OK — I do lots of exercise, including Pilates and using a rowing machine.

‘What frustrates me is that I was never given proper advice. Unless you can afford to pay for the help, the support is just not there. It’s been a long journey but I’m on my way. That won’t be the same for women who are just not getting the help they need.’