Tiffany Watson is ENGAGED! Made In Chelsea star set to wed boyfriend Cameron McGeehan as he proposes during romantic Paris getaway

By Katie Storey For Mailonline

The Made In Chelsea reality star confirmed their engagement on Instagram on Sunday, as she shared a snap of the loved-up couple toasting to the exciting news.

Overcome with emotion, Tiffany gushed over her now fiancé as she revealed she felt like the ‘luckiest and happiest girl ever’ after footballer Cameron got down on one knee. 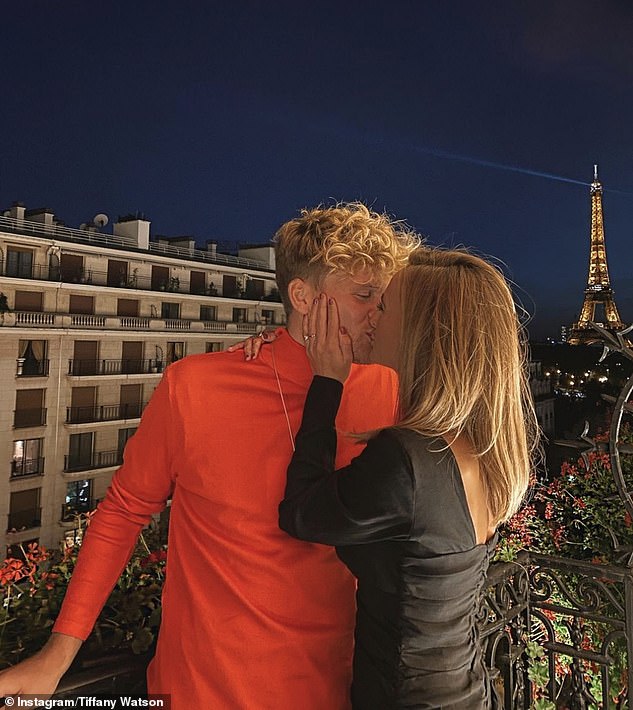 Congratulations: Tiffany Watson confirmed on Sunday via Instagram she is set to wed boyfriend Cameron McGeehan following his romantic proposal in Paris

In her photo, she can be seen kissing Cameron while sweetly placing a hand on his cheek to reveal her engagement ring on her wedding finger.

The couple were stood on a balcony with the French capital’s iconic landmark, the Eiffel Tower, lit up behind them.

Giving fans a first look at her new sparkler, Tiffany described the proposal as the ‘best day of my life’.

She wrote: ‘16.10.21 My Fiancé. Thank you for planning the best day of my life and for making me feel like the luckiest and happiest girl ever. I love you.’

The blonde beauty, who found fame on E4 reality series Made In Chelsea, was inundated with congratulatory messages from her fellow reality stars, including sister Lucy Watson who married her long-term boyfriend James Dunmore last month.

Lucy, who shared Tiffany’s exciting post with her own followers, commented: ‘SO HAPPY FOR YOU!!’

Her husband James, Tiffany’s brother-in-law, posted: ‘And there we have it, congrats senders x.’

Zara McDermott, who is now dating Tiffany’s ex-boyfriend Sam Thompson, wrote: ‘Congratulations omg. I am so happy for you.’ 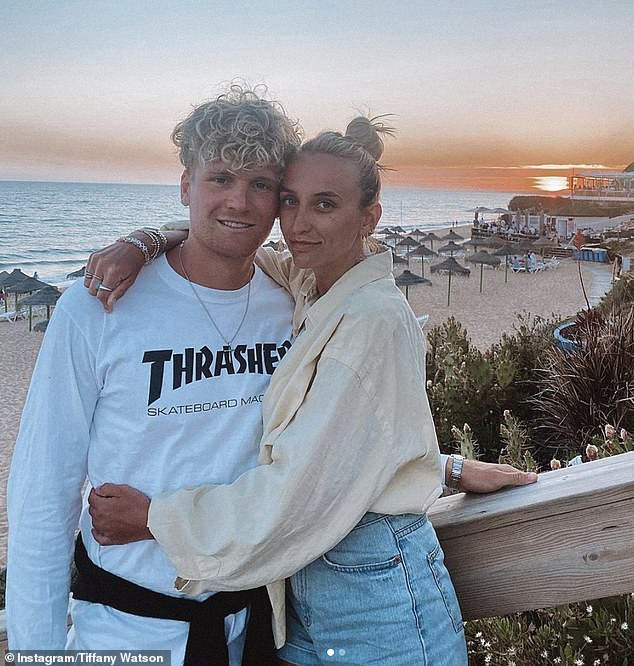 Loved-up: Tiffany and footballer Cameron McGeehan have been dating for over a year