After pausing the service four years ago, Twitter is finally reopening its public verification program, allowing anyone to apply to get the coveted blue checkmark next to their handle.

After a user has submitted their application, they will receive an email from the company ‘within a few days,’ but it could take longer depending upon the number of applicants.

Twitter’s verification process is rolling out to users over the next few weeks, right in the account settings 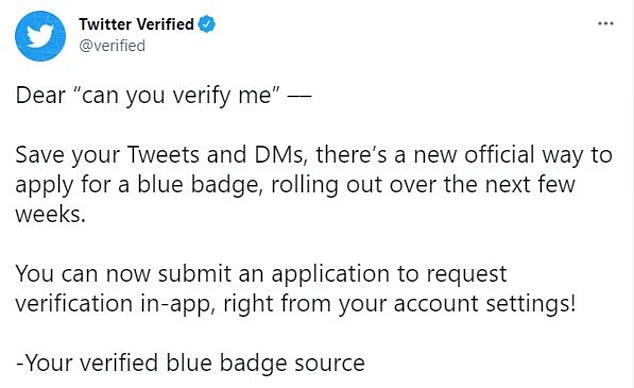 The verification process, which appears in Account Settings, has users tell Twitter where they are from. It also asks for verification steps, such as a photo of a government issued ID, email address and website 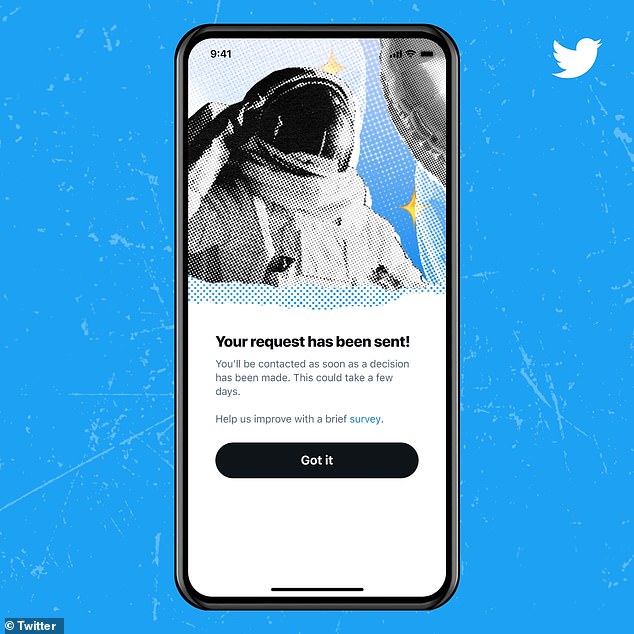 Once the application is sent through, it will be reviewed by humans who determine whether to accept or reject

To be eligible, accounts must be in one of the following six categories:

The company added that more categories will be introduced later this year, including those for scientists, academics and religious leaders.

If a user is approved, the blue check will appear automatically.

Conversely, if a user is rejected for verification, they can reapply in 30 days after receiving the rejection.

The application will be looked at by humans, according to The Verge, citing a briefing with the company.

The San Francisco-based company said the update is available ‘immediately,’ though cautioned that not everyone will get the feature today, rolling it out over the next few weeks.

In a blog post, the company spelled out the details of what it means to be verified.

‘The blue badge is one of the ways we help people distinguish the authenticity of accounts that are of high public interest,’ the company wrote in the post. ‘It gives people on Twitter more context about who they’re having conversations with so they can determine if it’s trustworthy, which our research has shown leads to healthier, more informed conversations.’

The company stopped the verification process in November 2017 after being criticized for verifying a white supremacist. 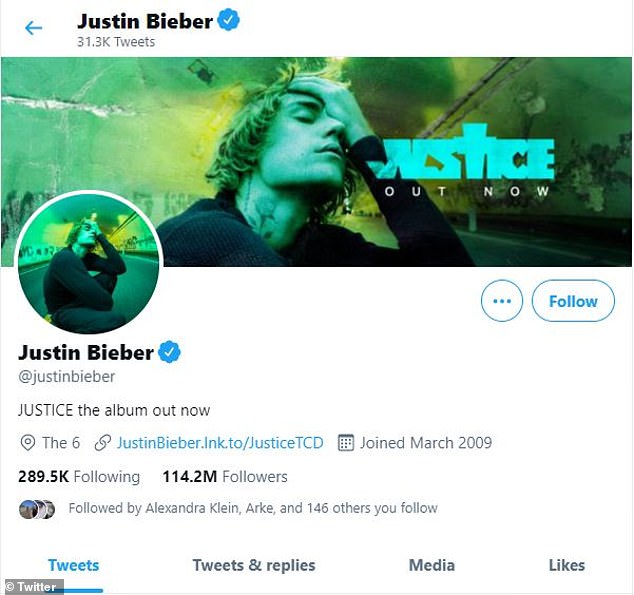 Justin Bieber is one of the most followed accounts on Twitter, with more than 114 million followers. 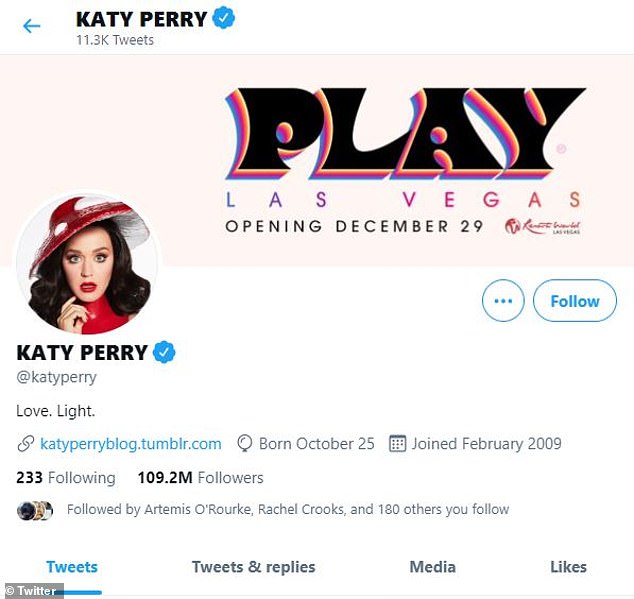 Katy Perry has a staggering 109 million followers om the platform 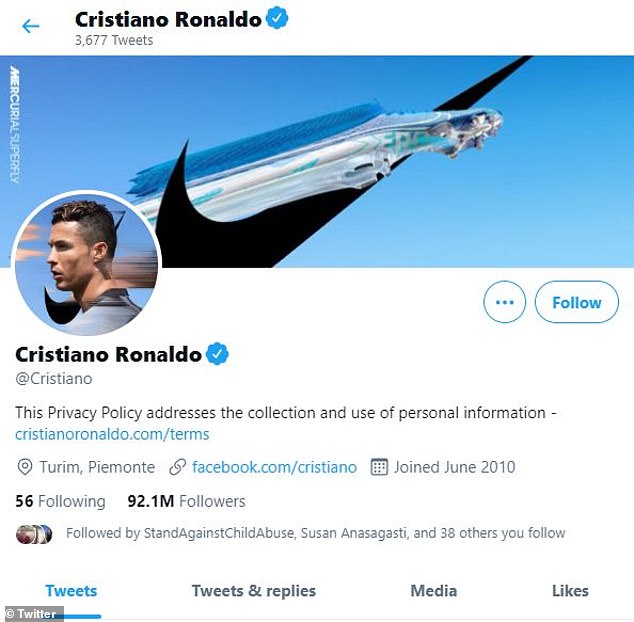 Soccer player Cristiano Ronaldo is the most followed athlete on the site, with more than 92 million followers.

In a series of tweets, the company admitted that the verification process became convoluted and it was taking steps to make it simpler.

Despite the four-year long pause, Twitter has intermittently verified accounts, most of which belong to celebrities, politicians or other well-known people.

In addition to the new verification application, the Jack Dorsey-led company said it is exploring new types of accounts, such as automated accounts and memorialized accounts.

Additional details about improvements to the Twitter profile to ‘allow people to better express themselves, such as through an About page,’ will be coming in short order.