The actor, 42, and his better half, 34, dined al fresco at Little Dom’s, an Italian restaurant in the area.

The Breaking Bad actor wore a gray shirt with several buttons near the collar. He wore a black jacket over the shirt and a matching pair of pants. 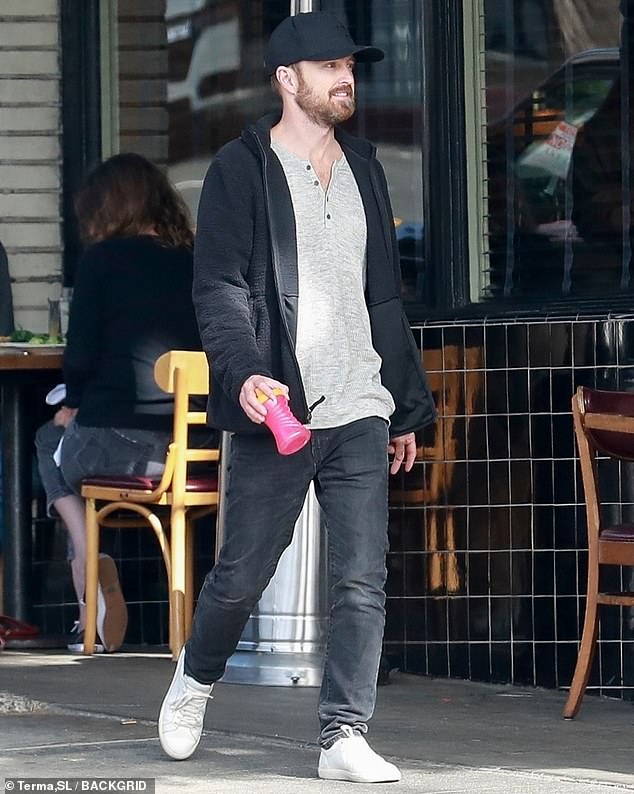 Enjoying the afternoon: Aaron Paul spent the afternoon with his wife and daughter, and they grabbed lunch together

Paul also threw on a black hat and a pair of white sneakers.

Parsekian wore an all-green outfit including a long-sleeve sweater and matching pair of sweatpants. She sported a pair of gray sneakers and a black beanie high on her head.

The couple’s little girl wore a sweater, black leggings and white sneakers. She had her blonde haired tied back into a ponytail.

Aaron sweetly carried his young daughter’s bright pink sippy cup as they gathered their belongings after their meal. 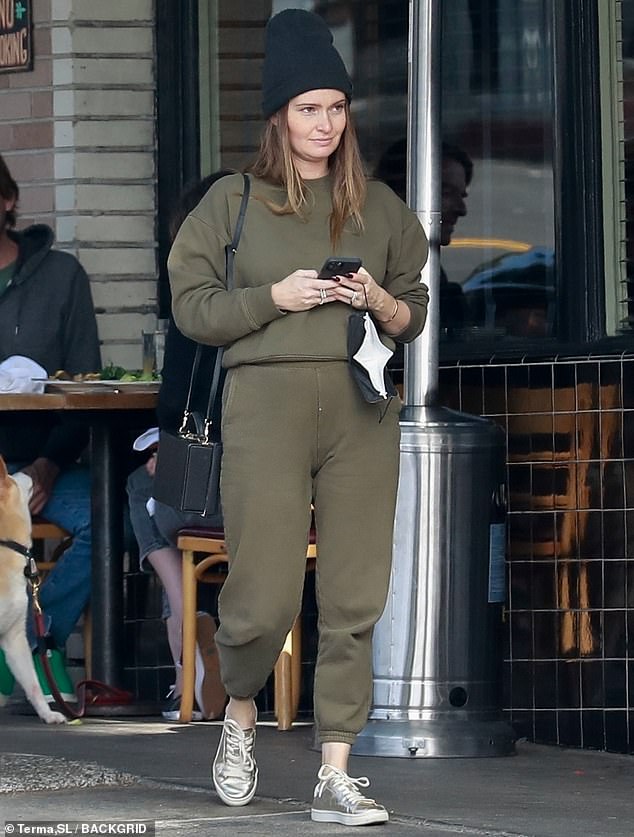 All green: Parsekian wore an all-green outfit including a long-sleeve sweater and matching pair of sweatpants 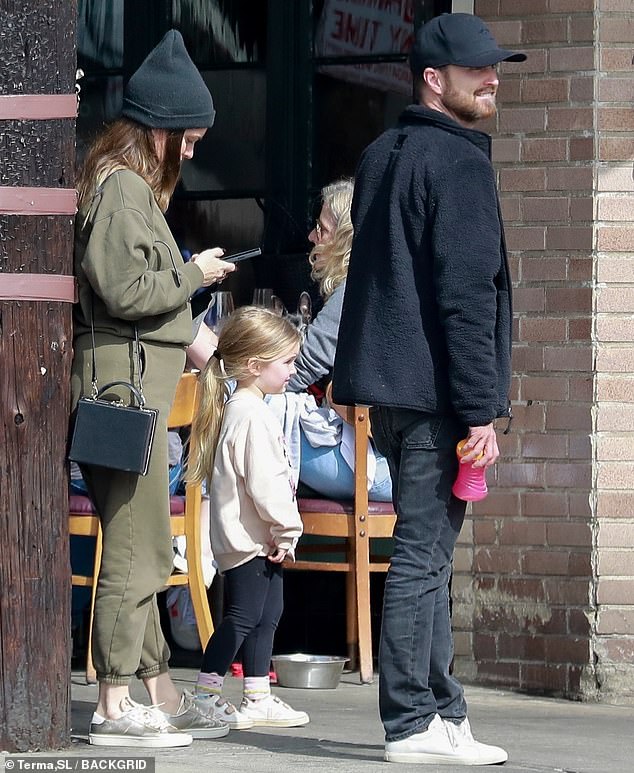 Spending time with their little girl: Paul and Parsekian took their daughter Story to lunch with them as well

Paul and Parsekian married in 2013 after meeting at Coachella in 2009. They reunited at the music festival again the following year, and the pair shared their first kiss.

They became engaged on New Year’s Eve in 2011 while the pair enjoyed their holiday in Paris.

Paul admitted back in 2019 that he wanted to continue having children.

‘You talk to my wife about that,’ he told People. ‘I’m down to just keep on going.’ 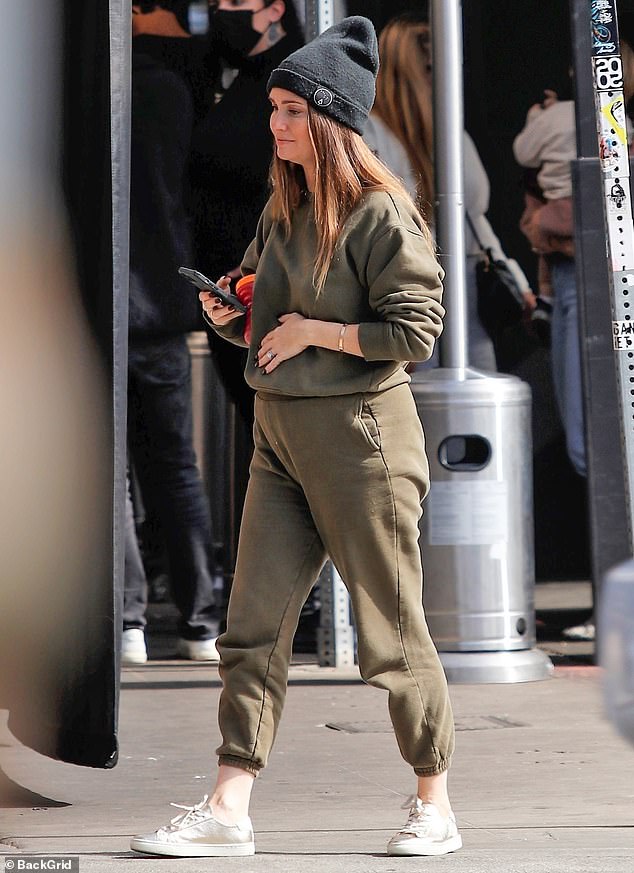 Happily married: Parsekian and Paul have been married since 2013 after meeting at Coachella several years prior 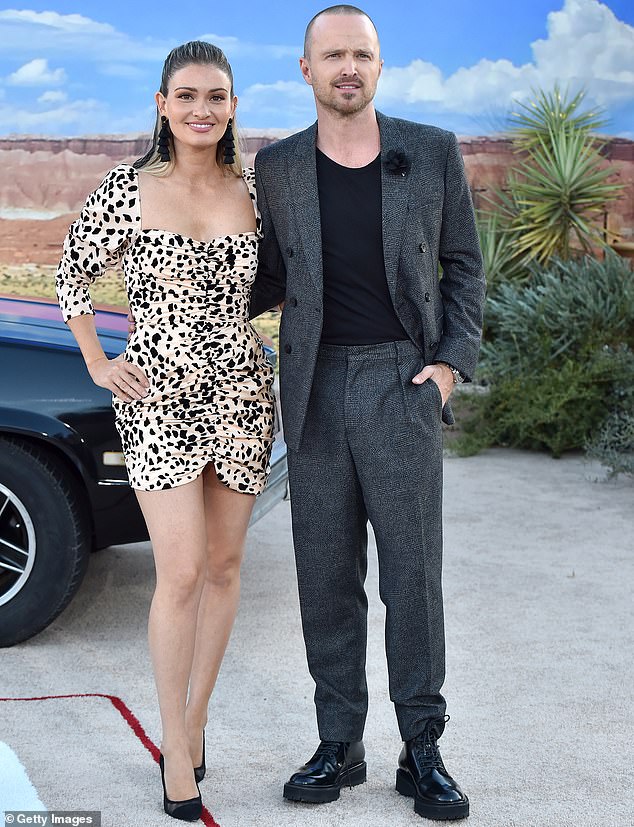 Interested in having more kids: Paul admitted back in 2019 that he wanted to continue having children, saying, ‘I’m down to just keep going.’

Paul has a number of upcoming professional projects to work on as well.

He will reprise his role as Caleb Nichols from season 3 of Westworld in the show’s upcoming fourth season which will premiere next year.

Paul will also star in Dual, a satirical science fiction film centered around a woman who clones herself to spare her family the difficulty of losing her, though her recovery from an illness draws her into conflict with the clone.

The Bojack Horseman actor will star opposite Zombieland actor Jessie Eisenberg and Guardians of the Galaxy actress Karen Gillan. 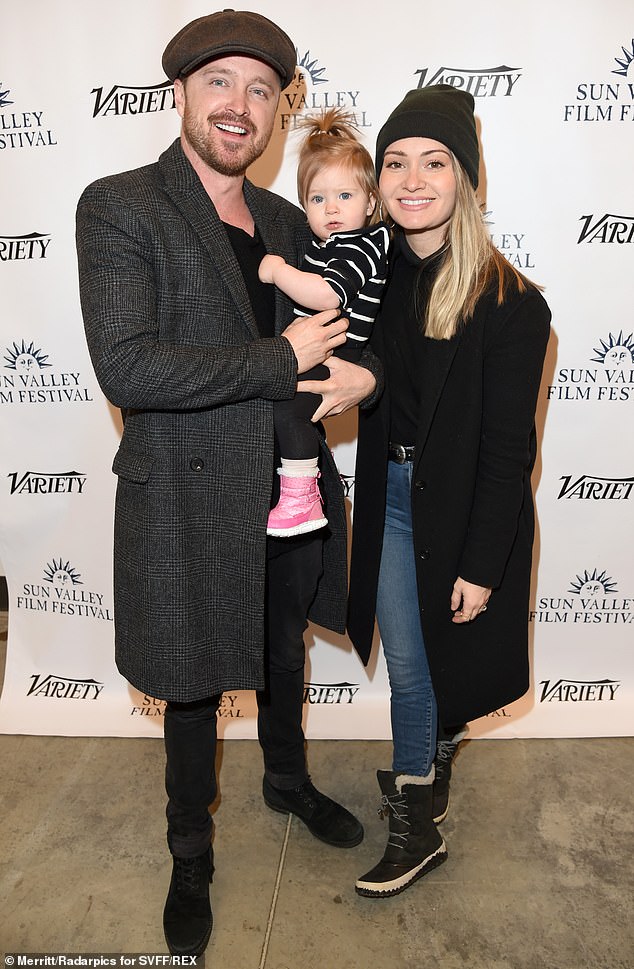 Working on family and his career: Aaron Paul has a number of upcoming projects as well including the fourth season of Westworld and Dual