Emma Corrin threw herself into another day of filming the Netflix adaptation of DH Lawrence’s novel Lady Chatterley’s Lover on Friday.

The actress, 25, was a vision in a striking green kimono featuring a bold floral print as she continued to film in Venice following a stretch of work in North Wales, which concluded last week.

The actress is taking on the titular role as Lady Constance Chatterley, and looked comfortable in character as she lent on the edge of a bridge while chatting to her co-star, Faye Marsay, who donned a red mesh hairnet for her portrayal of Hilda. 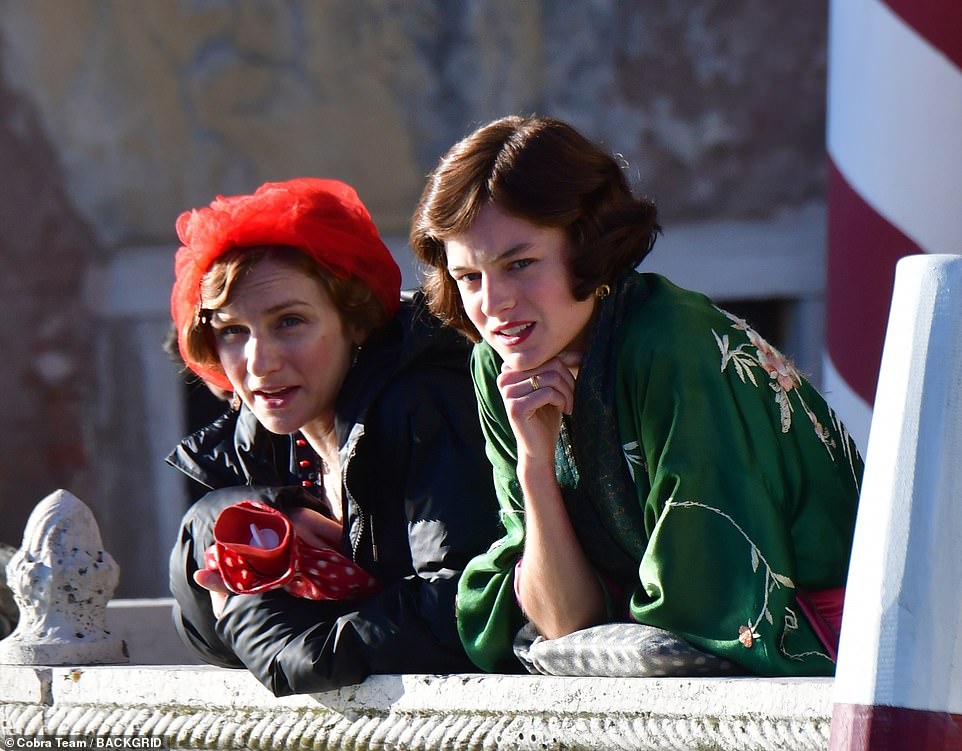 Emma paired her kimono with a white dress and ruby red heels, and the blonde beauty was back in a brunette wig for filming, with the locks styled in a curly bob to reflect the 1920s timeline.

In Lady Chatterley’s Lover, Emma’s character falls pregnant after having an affair with Oliver Mellors (Jack O’Connell) – the gamekeeper on husband Clifford’s (Matthew Duckett) estate – and later confesses to Clifford, who has been left paralysed from the war, he is not the father of their baby. 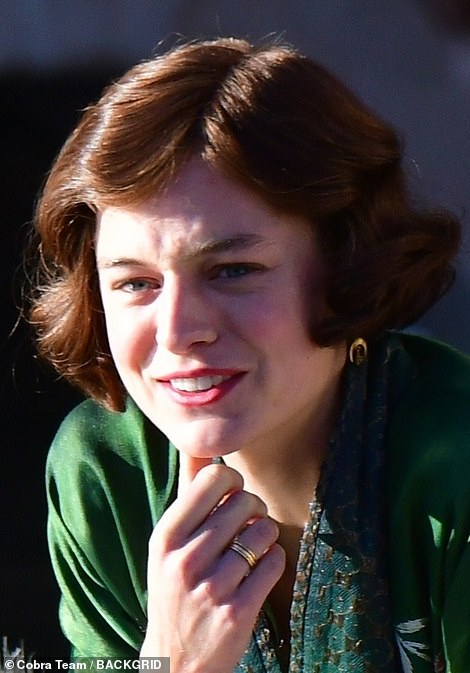 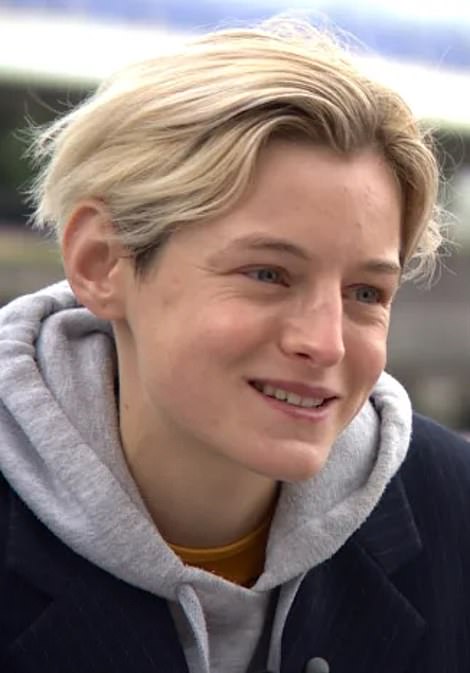 Stylish: Swapping her wintery wardrobe for the exotic garment, Emma wore her luscious brown locks in a curly bob (left), which was a far cry from her usual blonde appearance (right) 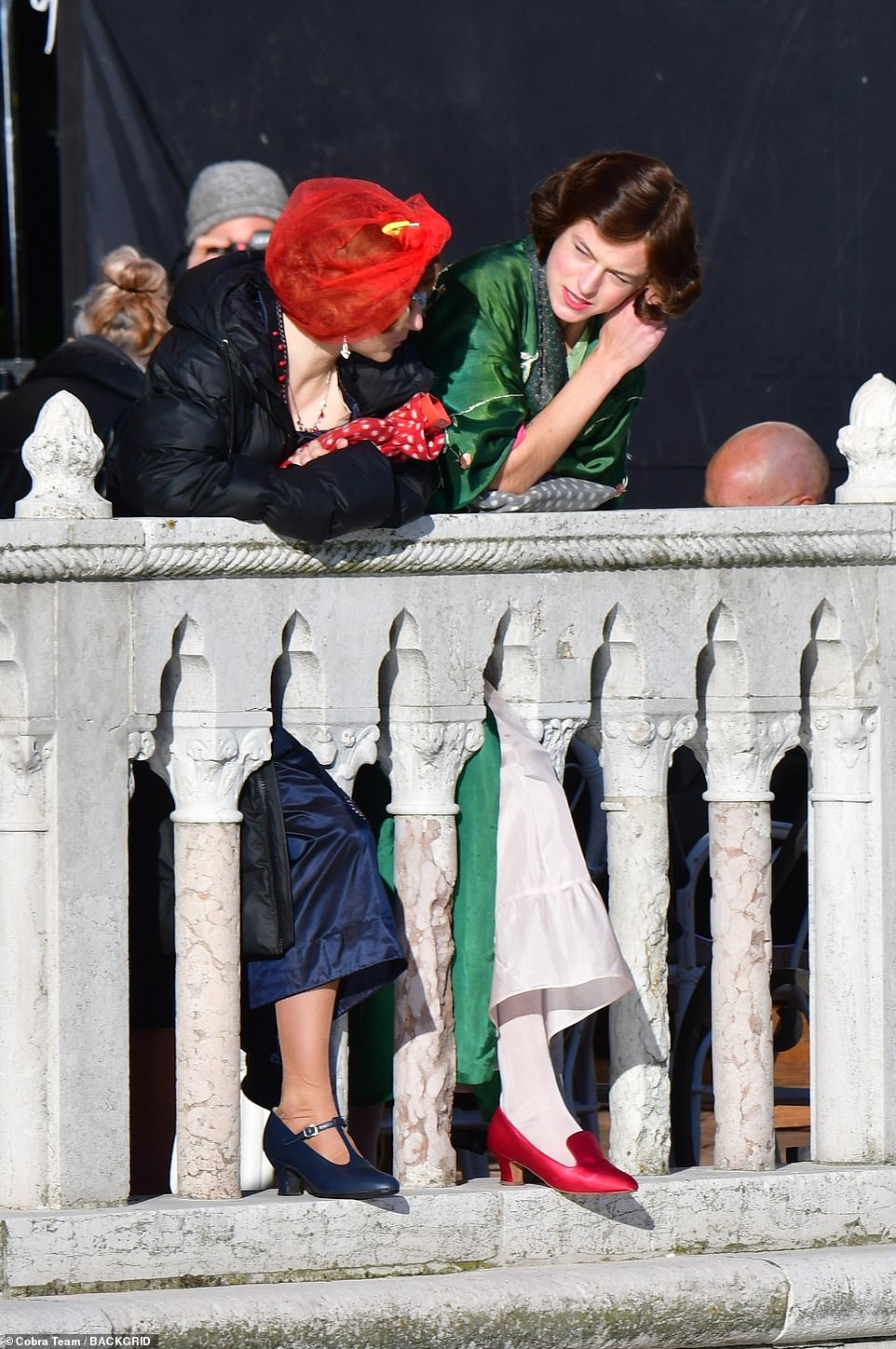 Wow! Emma completed her ensemble with a pair of ruby red kitten heels and white tights 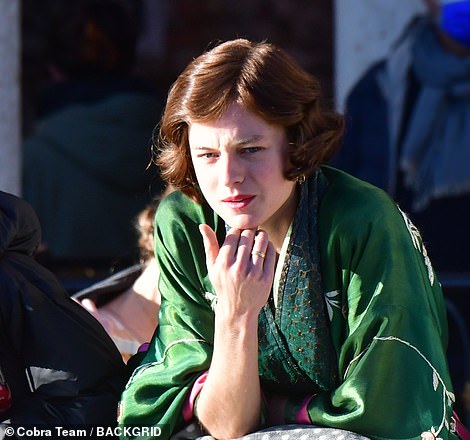 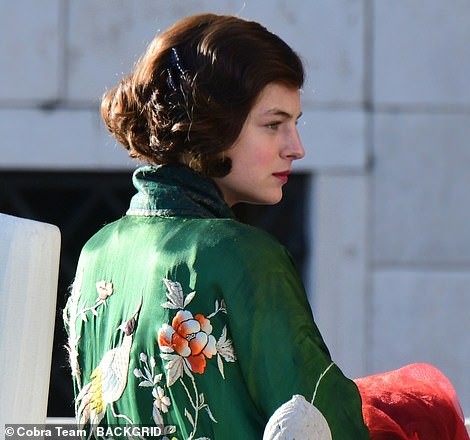 Stunning: The actress was a vision in an unmissable green kimono featuring floral prints as she continued to film in the City of Water following a stretch in North Wales which concluded last week

The actress will star alongside Jack, 31, whom fans will recognise from Channel 4’s This Is England.

Not much is known about the upcoming adaption, however is thought to be directed by Laure de Clermont-Tonnerre, according to Deadline.

The script was reportedly written by American screenwriter David Magee, who also penned Life of Pi and Finding Neverland.

DH Lawrence’s novel about love across the social divide has been adapted several times in the past. 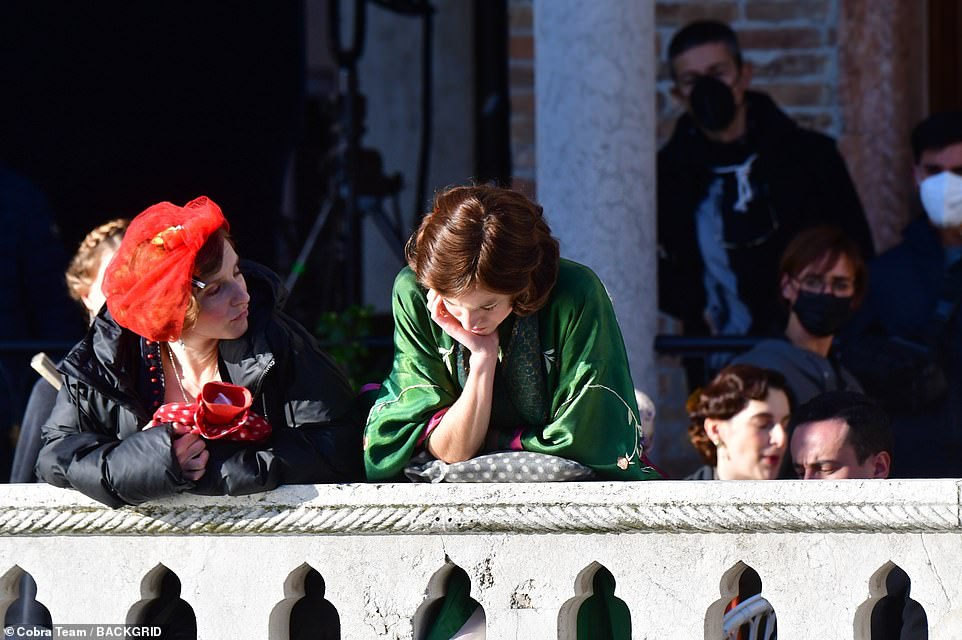 Moody: Emma shot a glum expression as she looked towards the floor

Chatting: The pair appeared to be in deep conversation during the exchange and seemed in good spirits 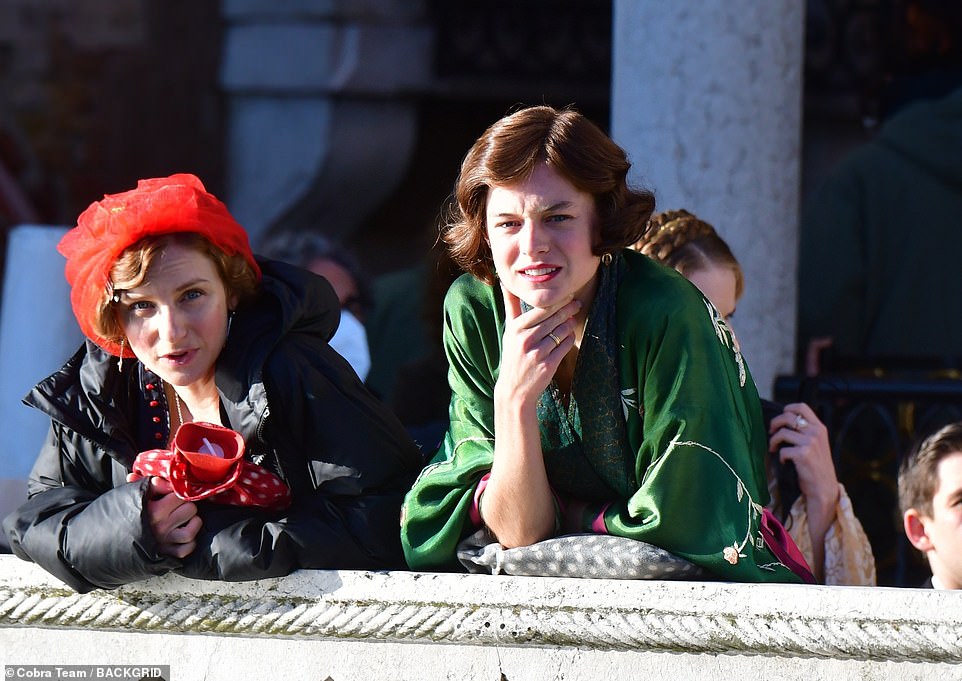 The last film adaption of Lady Chatterley’s Lover was in 2015 and featured Borgias star Holliday Grainger in the title tole, Game of Thrones’ Richard Madden as her gamekeeper lover and Happy Valley’s James Norton as her husband.

After its release some viewers complained that there wasn’t enough nudity, despite shirtless scenes from Madden, with some taking to Twitter to call it ‘tame’.

In the 2015 adaptation, Lord Chatterley grants his wife a divorce so she can marry Mellors. But in the novel he refuses and Constance goes to live with her sister.

Other adaptions include the 1993 BBC series which starred Sean Bean and Joely Richardson and was much steamier. 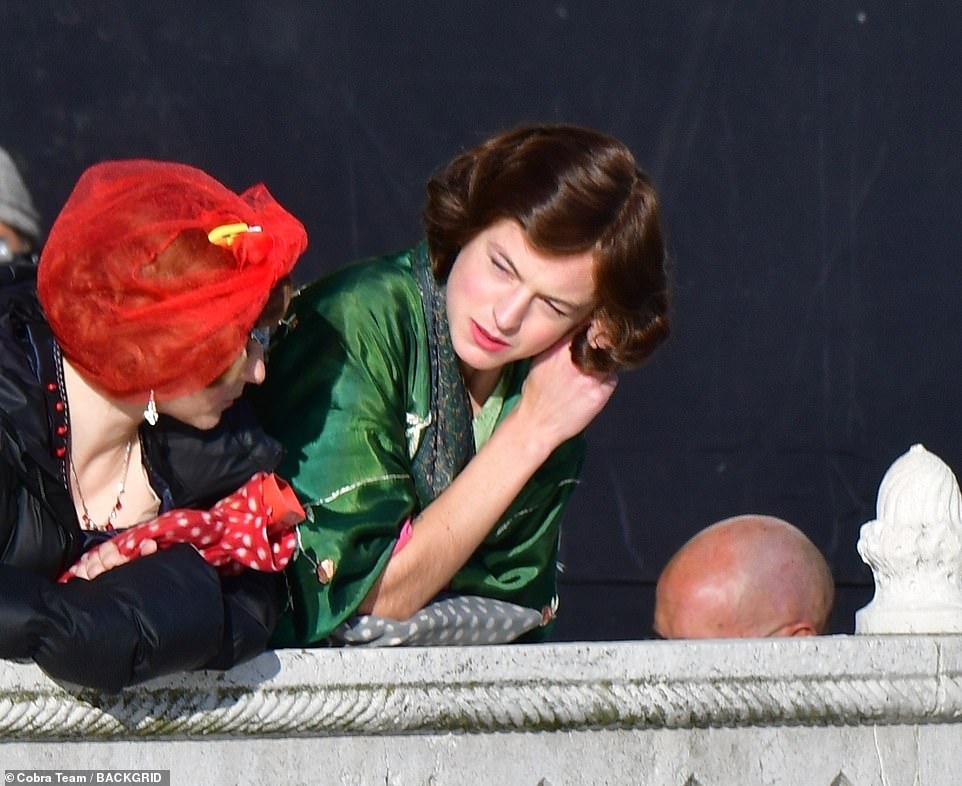 Incredible: Emma wore a minimal amount of make-up to highlight her natural beauty 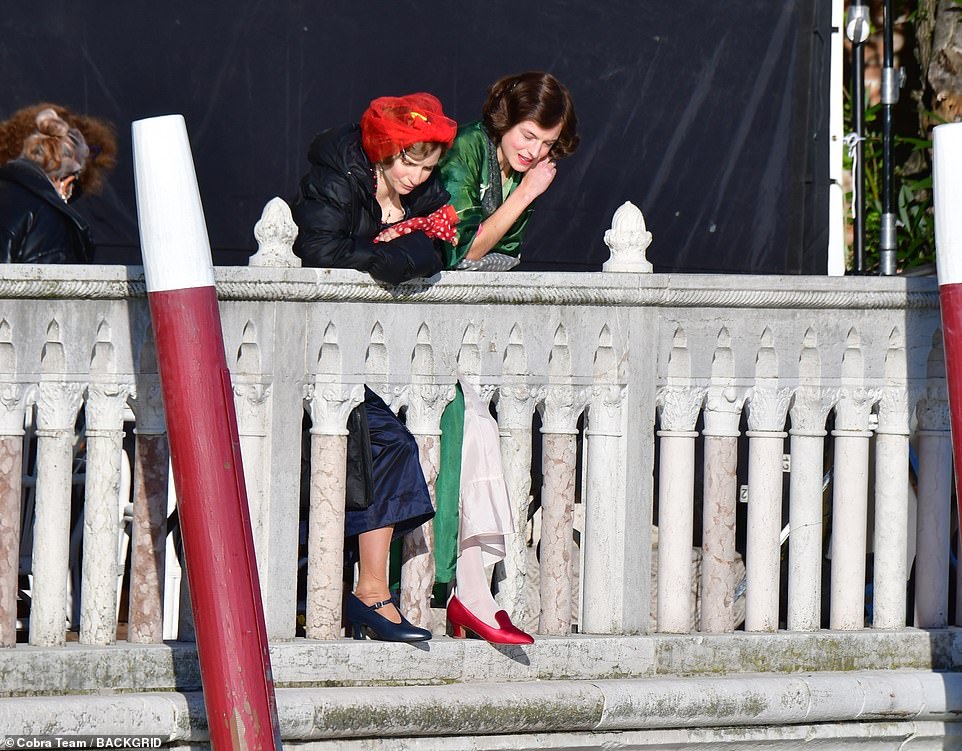 Spellbinding: In the plot, Emma’s character falls pregnant after having an affair with Oliver Mellors (Jack O’Connell) – the gamekeeper on husband Clifford’s estate – and later confesses to Clifford, who has been left paralysed from the war, he is not the father of their baby 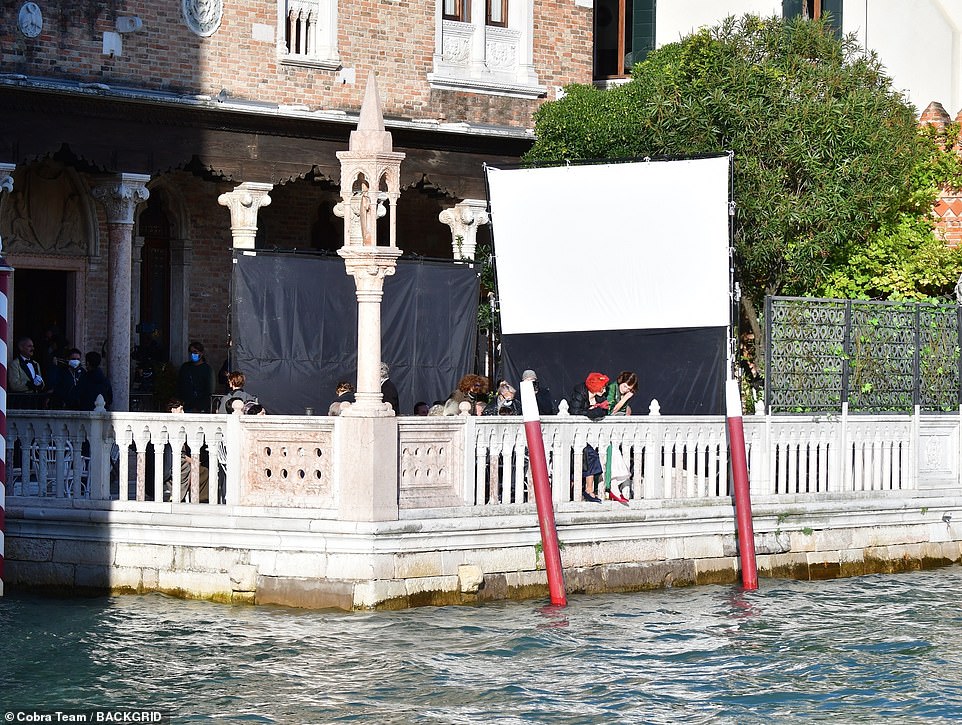 Busy: A flurry of crew members got to work behind the leading ladies, having set up a large white screen 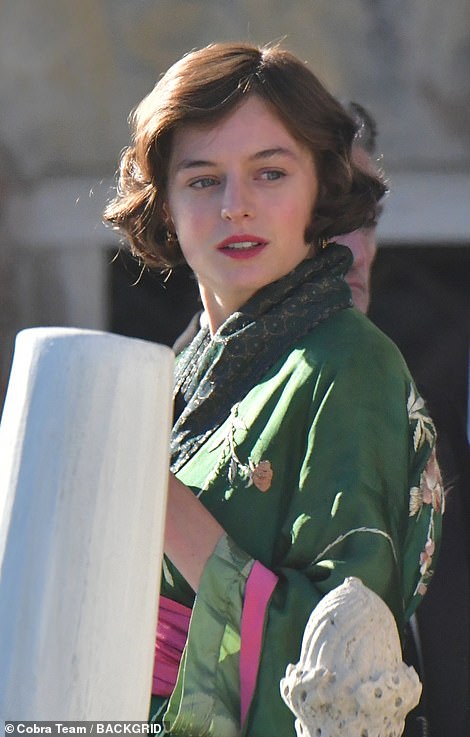 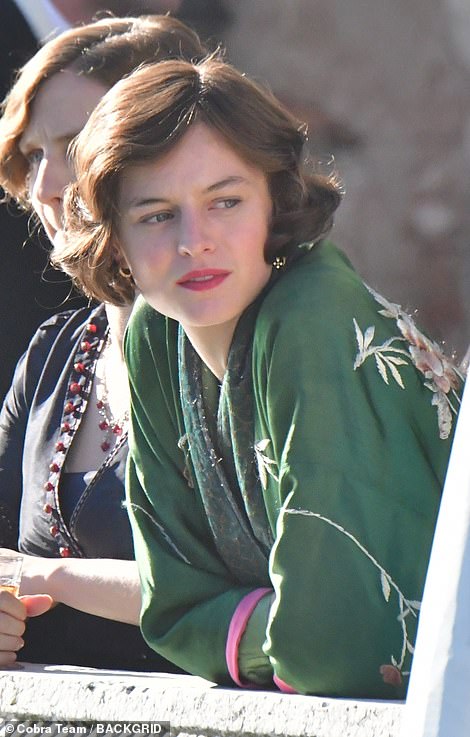 Dressed to impress: Emma certainly nailed 1920s glam with her look, accessorising with a pair of gold earrings 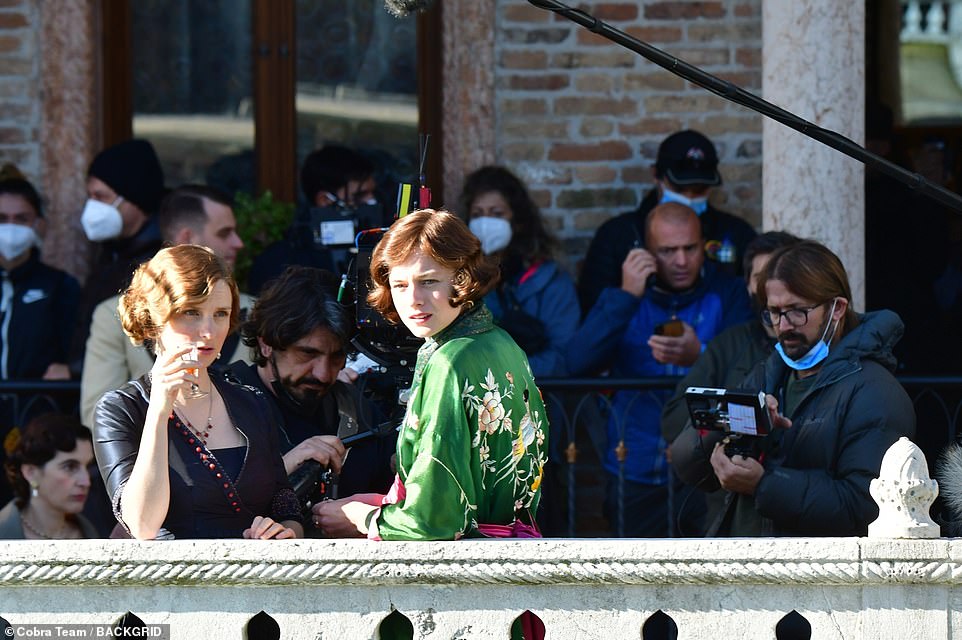 Team: Emma was pictured filming for a scene with another co-star (left) during a following scene 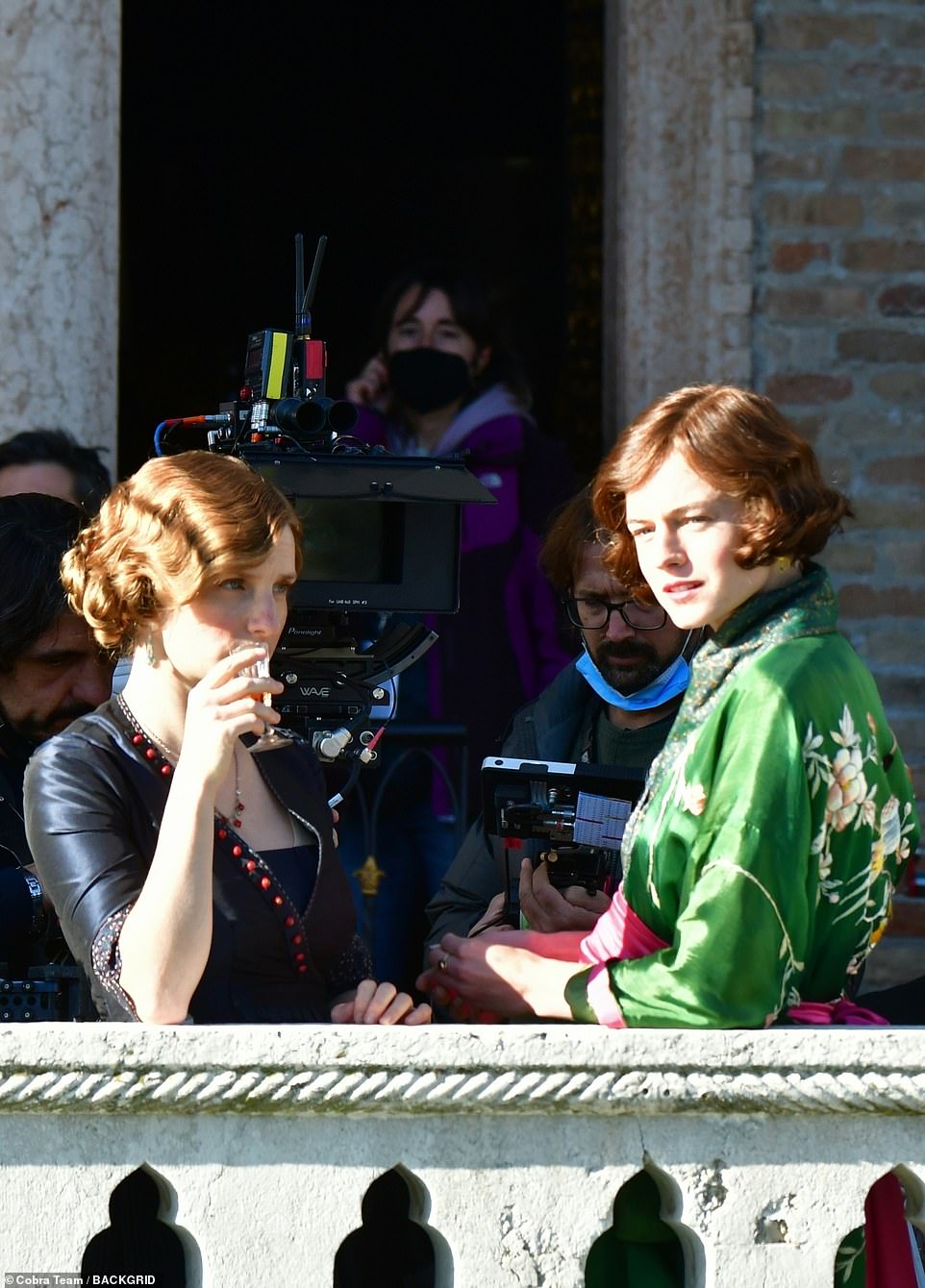 Classy: She sipped from a glass while cutting a black top featuring spherical red features on its necklace 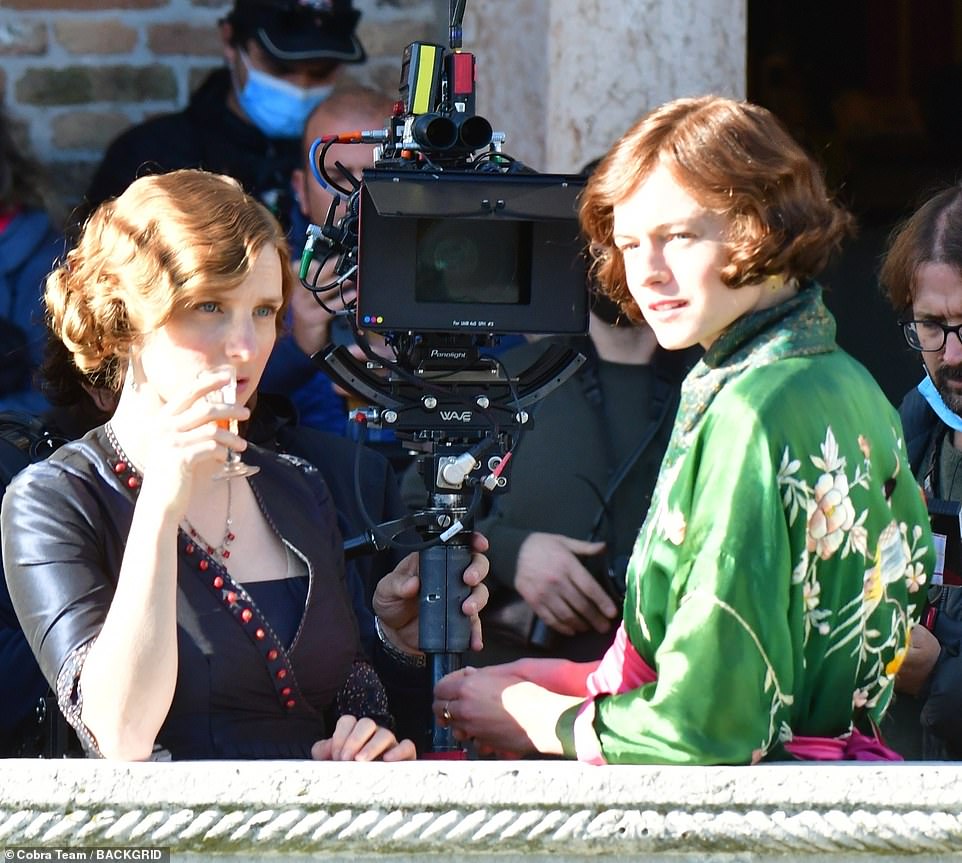 Drama: She wore a minimal amount of make-up and wore her silky light brown tresses in stylish waves 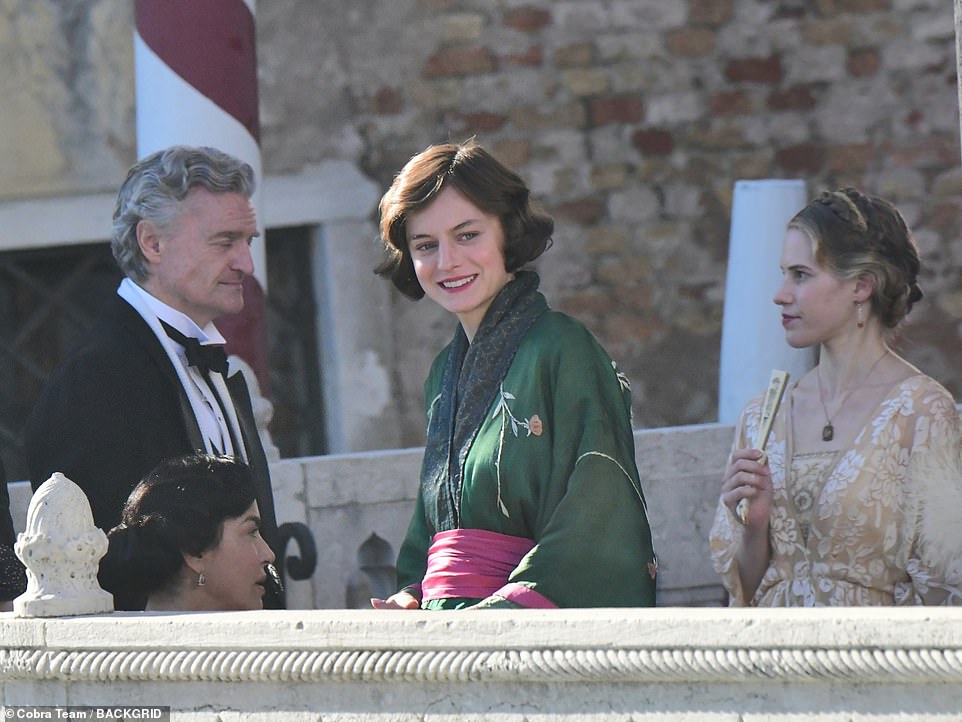 Happy: Emma beamed from ear-to-ear as she was joined by a group of co-stars

Lady Chatterley’s Lover was also brought to the big screen in 1981, with Sylvia Kristel and Nicholas Clay having leading roles.

Lawrence’s book was first published in Italy in 1928 and subsequently banned in Britain, before becoming the first novel to be tested under the 1959 Obscene Publications Act for frequent use of the word ‘f***’ and its derivatives.

A full unexpurgated edition was finally released in 1960 following a six-day trial at the Old Bailey in which publishers Penguin was prosecuted for obscenity. 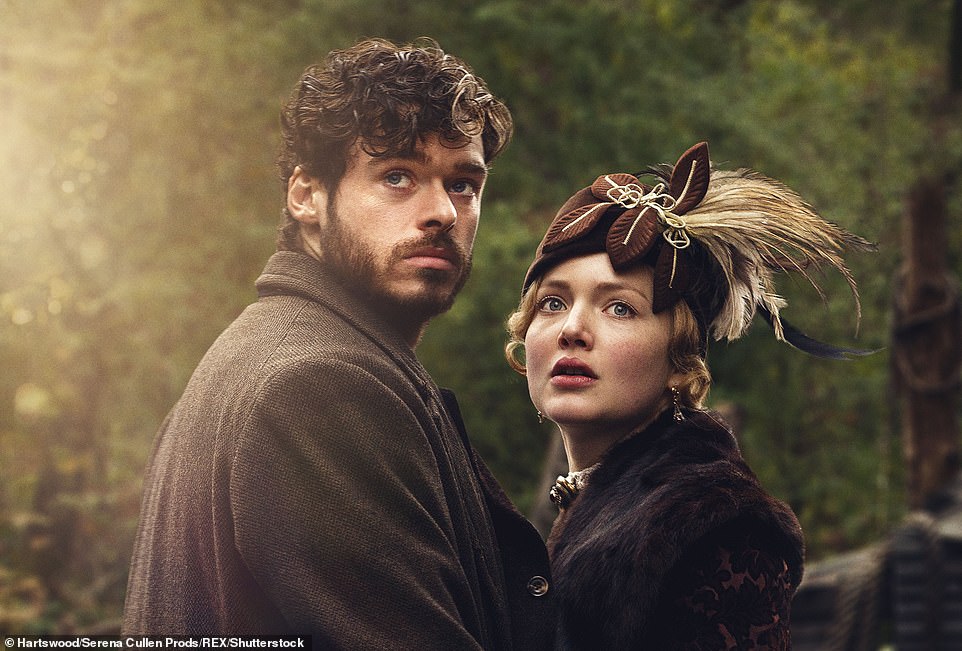 Adaption: The last film version was in 2015 and featured Borgias star Holliday Grander in the title tole and Game of Thrones’ Richard Madden as her gamekeeper lover (pictured)