By Ciara Farmer For Mailonline


Emma Corrin was again seen on set of the Netflix adaptation of DH Lawrence’s novel Lady Chatterley’s Lover on Wednesday, having jetted to Venice to continue shooting after filming in Wales last week.

The actress, 25, who will take on the lead role as Lady Constance Chatterley, was hard at work in a silk dress with white tights and Mary Janes while shedding her blonde tresses in favour of a glossy brunette bob styled into time-appropriate pin-curls for the 1920s period film.

In the plot, Emma’s character falls pregnant after having an affair with Oliver Mellors (Jack O’Connell) – the gamekeeper on husband Clifford’s estate – and later confesses to Clifford, who has been left paralysed from the war, he is not the father of their baby.

Snapping: Emma Corrin was again seen on set of the Netflix adaptation of DH Lawrence’s novel Lady Chatterley’s Lover on Wednesday, having jetted to Venice to continue shooting after filming in Wales last week

Having scored her big break playing Princess Diana on The Crown, Emma’s new dark look was a removal from the bouncy blonde blowdry associated with the beloved late Royal.

The actress will star alongside Jack, 31, whom fans will recognise from Channel 4’s This Is England.

Not much is known about the upcoming adaption of D.H. Lawrence’s book, however is thought to be directed by Laure de Clermont-Tonnerre, according to Deadline. The script was reportedly written by American screenwriter David Magee, who also penned Life of Pi and Finding Neverland.

DH Lawrence’s novel about love across the social divide tells the story of Constance Chatterley, a married woman who seeks sexual satisfaction elsewhere after her husband is wounded in the First World War and left paralysed from the waist down. 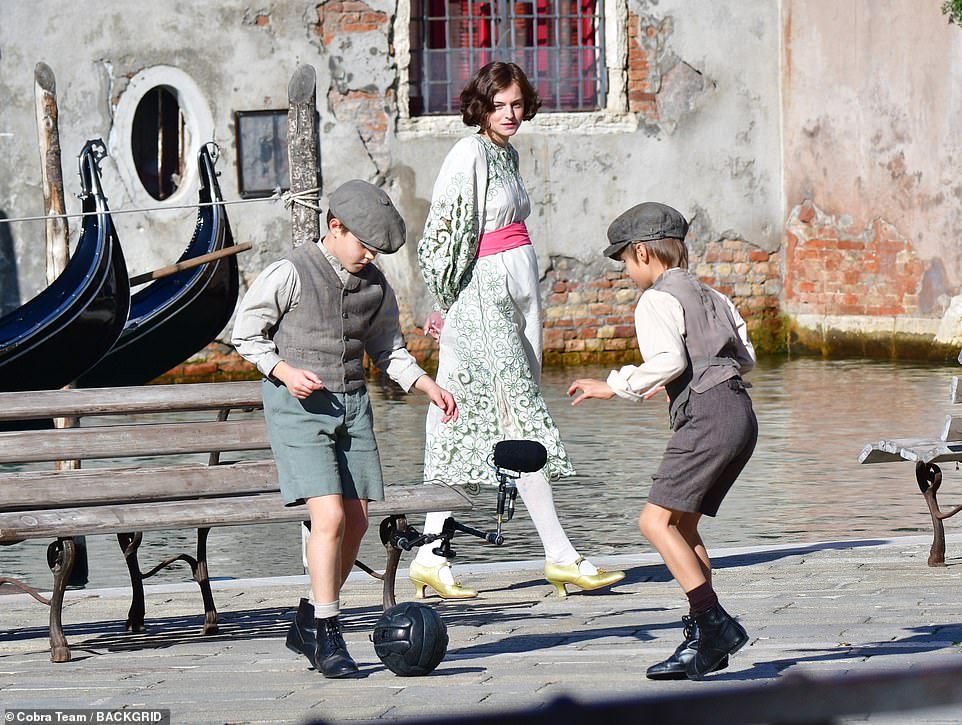 All eyes on me: She was seen with young boys in costume dress dancing in the street

Sir Clifford Chatterley is desperate for an heir to inherit his mining fortune so is not averse to the idea of Constance sleeping with other men – as long as they are from the right social class.

The last film adaption of Lady Chatterley’s Lover was in 2015 and featured Borgias star Holliday Grainger in the title tole, Game of Thrones’ Richard Madden as her gamekeeper lover and Happy Valley’s James Norton as her husband.

After its release some viewers complained that there wasn’t enough nudity, despite shirtless scenes from Madden, with some taking to Twitter to call it ‘tame’. 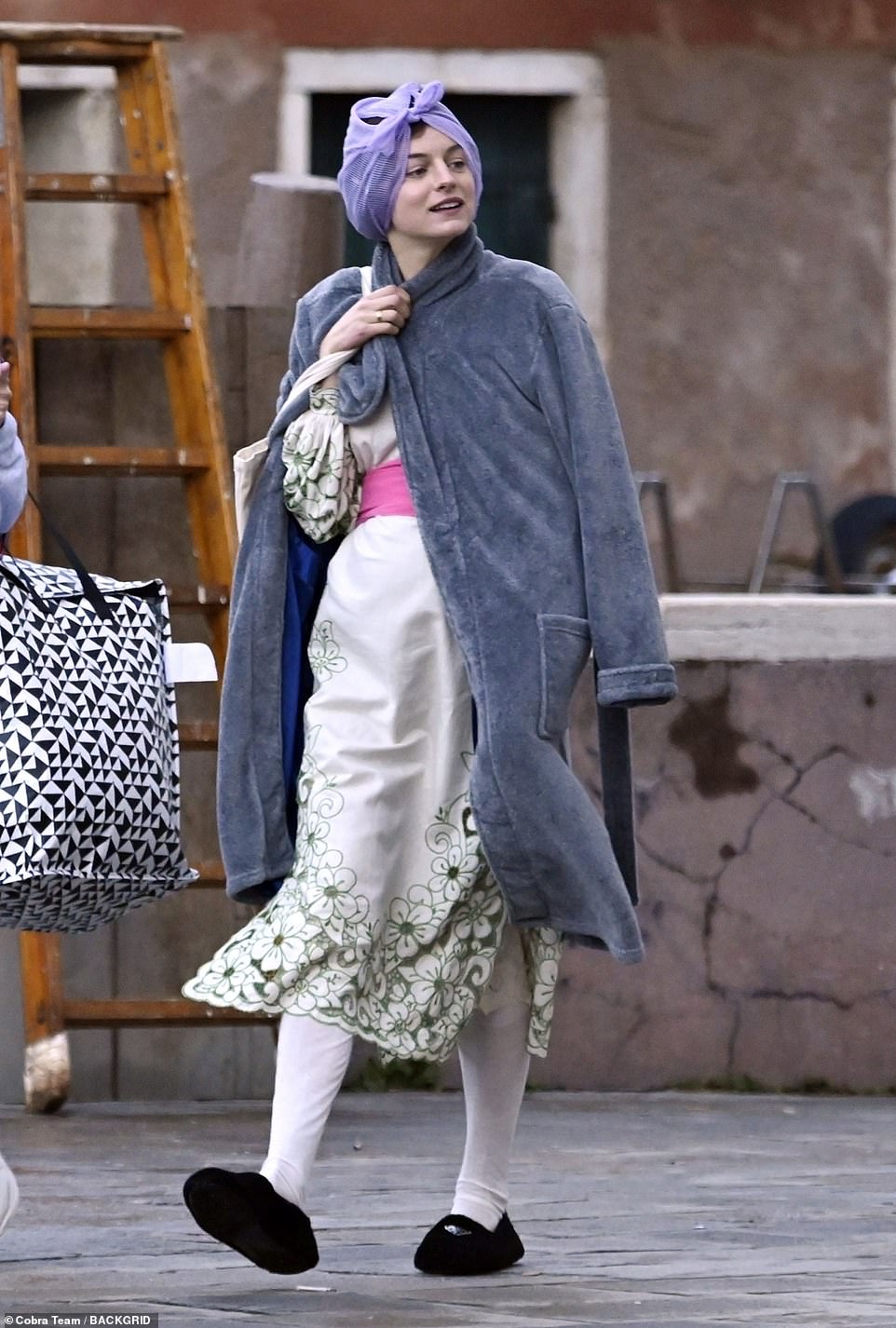 Between takes! Not in full glam the whole time, she then wrapped up in a wholly modern dressing gown and sported a headscarf

However, he is mortified when he discovers that his wife has fallen in love with gamekeeper Oliver Mellors and is carrying his child.

In the 2015 adaptation, Lord Chatterley grants his wife a divorce so she can marry Mellors. But in the novel he refuses and Constance goes to live with her sister. Other adaptions include the 1993 BBC series which starred Sean Bean and Joely Richardson and was much steamier.

Lady Chatterley’s Lover was also brought to the big screen in 1981, with Sylvia Kristel and Nicholas Clay having leading roles.

Lawrence’s book was first published in Italy in 1928 and subsequently banned in Britain, before becoming the first novel to be tested under the 1959 Obscene Publications Act for frequent use of the word ‘f***’ and its derivatives.

A full unexpurgated edition was finally released in 1960 following a six-day trial at the Old Bailey in which publishers Penguin was prosecuted for obscenity.