When the UK left the EU, Britons were presented with something like a permanent discount for their shopping sprees on the bloc. But many, unaware they can claim back VAT, aren’t making use of the Brexit perk during their trips.

VAT can be claimed back on all sorts of goods — be it technology, jewellery or designer bags — which is why the savings for Britons could be huge.

However, 67 percent of the 2,000 UK adults that were surveyed have never claimed back the value-added tax on their purchases made during European trips.

75 percent, meanwhile, said they did not know this was an option at all.

“The findings are hardly surprising to us, especially as the tax-free shopping process can be complicated,” said Raphael Chow, CEO and founder of tax reclaim app Wevat.

READ MORE: Give us what we want, or we leave! EU crisis as Germany and France issued Nexit ultimatum 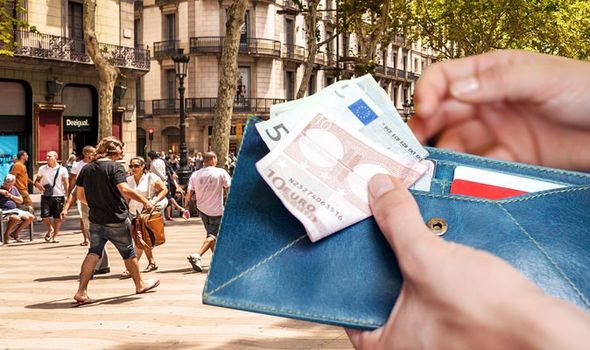 Billions are being lost to the EU as tourists don’t know they can claim back VAT (Image: Getty)

“It’s not uncommon to have to manually fill in more than ten forms and spend at least two hours queuing at the airport to get refund forms stamped.

“Receipts can also be lost, and the hassle factor of claiming puts many tourists off – even though they could be saving hundreds of pounds.”

This, among other reasons, is leading to an estimated €23billion (about £19billion) not being returned to tourists in the EU, travel publication Skift reported.

72 percent of surveyed Britons were unaware they could claim back VAT on their European purchases (Image: Getty)

While awareness of tourist-tax refunds and tax-free shopping is generally low, the younger generations — 19 to 24-year-olds — are slightly more informed, with 44 percent aware of the benefit in comparison with only 15 percent among 45 to 54-year-olds.

Regionally, awareness is highest in Northern Ireland with 50 percent saying they knew of the eligibility for VAT refunds.

London, with 46 percent awareness, and Scotland, with 29 percent, are next, the results of the survey, conducted by OnePoll on October 2021, showed.

Sarah Shears, Head of the VAT Group at Andersen, a UK and US tax service firm, told Express.co.uk there are “certain criteria” alongside the fact that many Britons don’t know about the perk that are preventing them from taking advantage of it.

Paperwork is another important obstacle stopping British tourists from making use of the Brexit perk (Image: Getty)

She said: “Not all shops offer a VAT-free facility and those that choose to do so must make the appropriate arrangements with the tax authorities.

And, “filling out the relevant forms and taking the validated forms to a refund office”, Ms Shears confirmed, could be serving as a drawback for travellers too.

What is a barrier for consumers is an opportunity for entrepreneurs, who are seeing a chance to cash in from the UK’s departure from the EU.

Wevat’s Mr Chow explained they launched the app to “digitise the process and make tax-free shopping simpler” and said it had already “helped reclaim more than €18million for our customers to date”.

France and UK ‘need each other’ on issues says Timmermans

With the service, travellers can “upload their invoices and we’ll take care of the paperwork”.

The Wevat app is for now focused on helping claim back VAT from purchases made in French territory – a region also chosen by other companies as a key target.

Shawn Du, the founder and chief executive of Revenir, an app with a similar purpose, told Express.co.uk France is “one of the top destinations for shopping”.

Though interested in the whole of the EU and looking at other “tourist-driven” destinations such as Thailand and Singapore too, Mr du
described France as a particularly lucrative market: “It is a luxurious shopping destination well-known globally.”

ONS statistics confirm France as a top tourist destination for Britons – the second most popular just after Spain, where thousands have made the most out of the Brexit perk this year.

From January to September, British tourists who claimed back their VAT spent an average of around £1,130 in Spanish shops – way above the pre-Brexit 2019 average of around £300, according to data from tax refund company Global Blue.

If more widely promoted, European businesses could soon see massive benefits from post-Brexit consumer trends, with Britons potentially going on trips aimed specifically at treating themselves to goods they would not buy at full price at home.