The 41-year-old reality star recorded herself unboxing the 28-year-old pop star’s products and gushed about how ‘excited’ she was.

The post comes amid reports of Kim’s rumored romance with Grande’s ex-fiancé Pete Davidson, 27, but it seems as though it’s all love between the ladies. 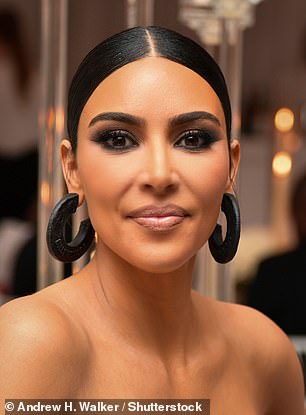 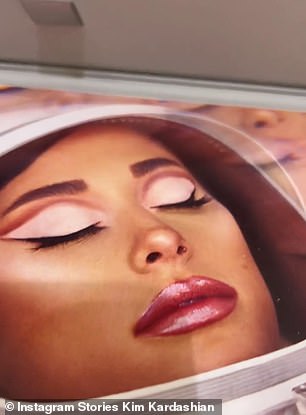 Friendly! Kim Kardashian could not help but rave over Ariana Grande’s new REM makeup collection in a post, amid her rumored romance with the pop star’s ex fiance Pete Davidson

‘Special delivery from Ariana and REM beauty. Look at this, I’m so excited,’ the SKIMS founder gushed as she showed off an array of products which included eyeliner, eyeshadow, lipsticks and highlighter.

She continued to add that her daughter North, eight, who was beside her was just as excited about the newest beauty box.

‘I think someone else in here is so excited — Northie are you so excited? She said “Oh my god, I saw this!”,’ Kim recounted. ‘I love this little palette and her highlighter…the lipstick how cute.’

Having a bit more in common than just their love for makeup, Kim has been romantically linked to Ariana’s ex-fiance Davidson in recent weeks following her SNL hosting debut.

But the 7 Rings singer re-posted Kim’s story to her Instagram with three blue hearts, which seemed to signify that things between the ladies were nothing short of good. 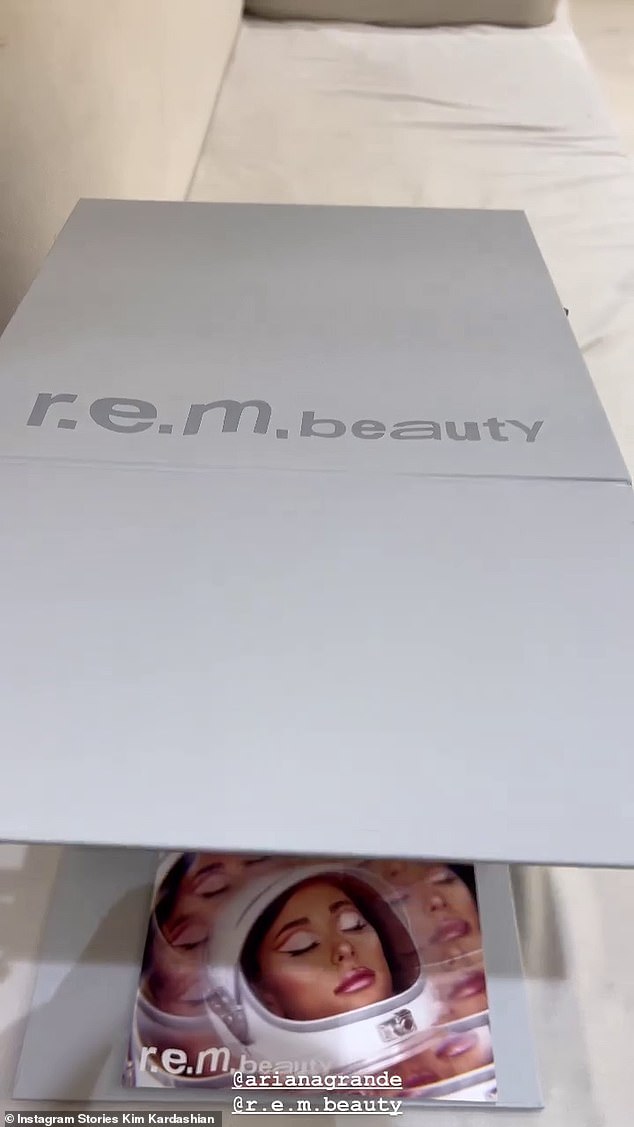 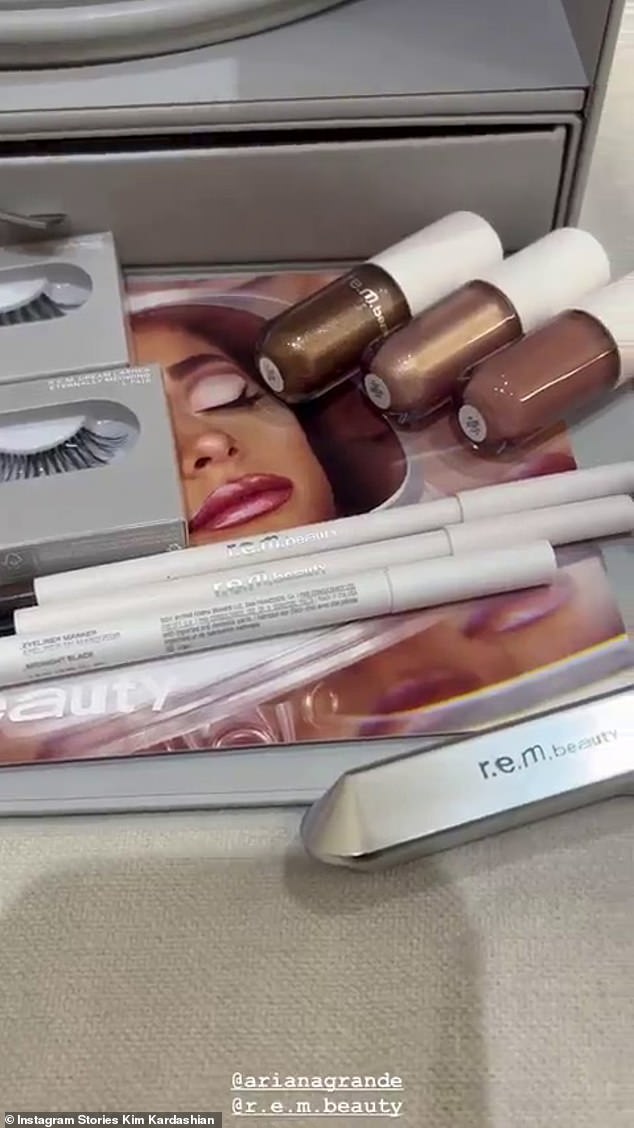 Goodies: Kim showed off an array of products which included eyeliner, eyeshadow, lipsticks and highlighter and added that daughter North was also excited 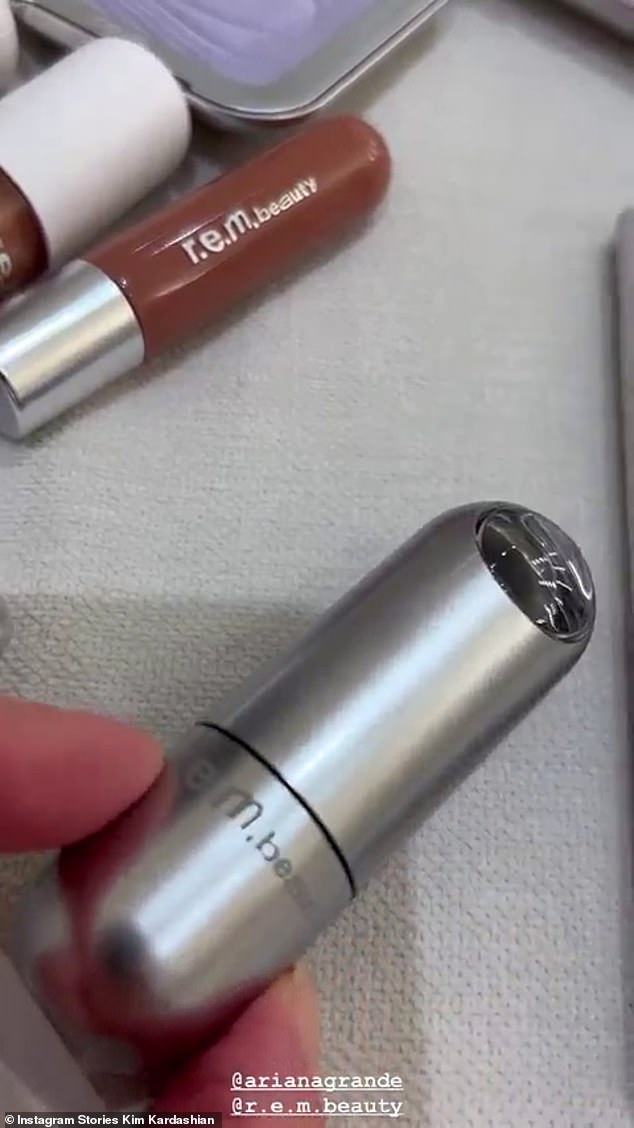 Common denominator: Having a bit more in common than just their love for makeup, Kim has been romantically linked to Ariana’s ex-fiance Davidson in recent weeks

Additionally The Voice judge has been married to beau Dalton Gomez since May 2021.

This week a source told Us Weekly that Kim is ‘falling for’ Pete: ‘He makes her feel good and she’s excited to see what happens. Everything flows well [when they’re together].’

Less than a week after they were seen holding hands on a ride at Knott’s Scary Farm and it was alleged they were just ‘friends’, Kim reportedly went on back to back dates with the comedian while in New York City.

On the evening of November 2, he was said to have romanced her at his go-to Italian spot Campania’s in his native Staten Island where he ‘arranged a dinner on the rooftop privately’ for ‘just the two of them.’

Kim was photographed heading to a waiting SUV ahead of the hangout and DailyMail.com obtained photos of a hefty bouquet of red roses arriving to the Ritz Carlton before she left. 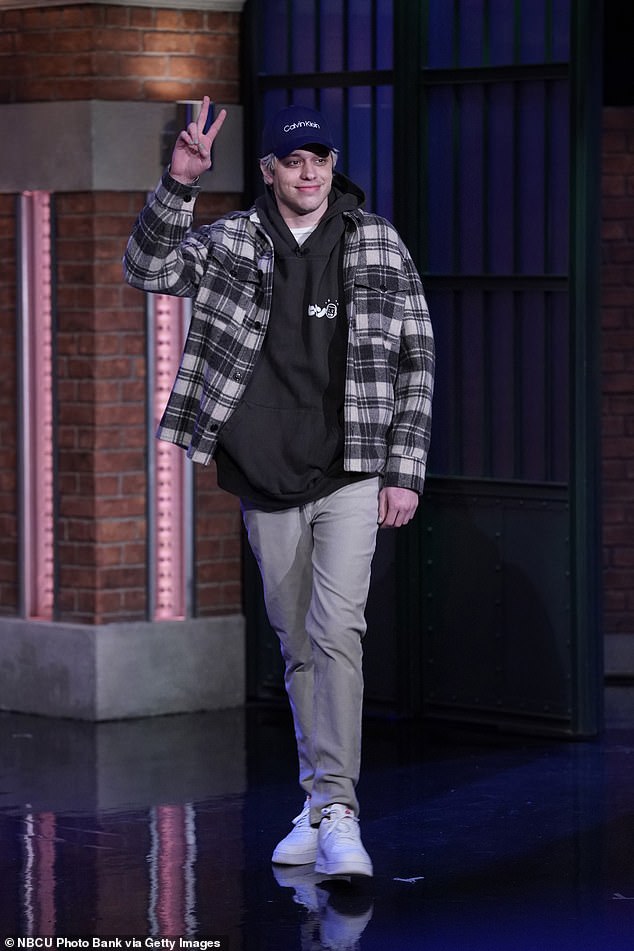 Eligible bachelor: Kim is the latest lady to be linked to the the SNL funnyman who has dated everyone from Kaia Gerber, Cazzie David, Phoebe Dynevor and Kate Beckinsale; Pete pictured November 8

On November 3 Davidson joined Kim and friends for dinner at Zero Bond. ‘They were smiling and laughing a lot and seemed genuinely affectionate with each other,’ a source told Page Six.

It was revealed that her famous family encouraged her to ‘go for it’ when it came to dating him, and that she immediately understood ‘what the fuss was’ about Pete.

And a source close to the SKIMS founder had told DailyMail.com that Davidson is ‘very aggressive’ with her as he often ‘grabs her waist, compliments her butt and touches her hair’ when they are together.

‘He is extremely sexual and in her face. He is making it crystal clear he likes her,’ the confidant said. ‘He definitely is not being aloof or playing coy, he is just going for it. And she seems to be loving the attention. It’s nice to see her happy.’

Different paths: While Ariana has been married to beau Dalton Gomez since May, Pete is the first person Kim has dated since she filed to divorce rapper Kanye West in February

Ariana began dating the SNL funnyman in May 2018 and they were swiftly engaged just weeks later. It was reported that he immediately commissioned an engagement ring from designer Greg Yuna and she debuted the sparkler in early June of that year.

Pete told GQ: ‘The day I met her, I was like, ‘Hey, I’ll marry you tomorrow”. She was calling my bluff. I sent her a picture [of engagement rings]. I was like, “Do you like any of these?” She was like, “Those are my favorite ones,” and I was like, “Sick”,’ he recalled.

And Grande had said during an appearance on the Tonight Show with Jimmy Fallon that as soon as she met him she was smitten: ‘I left [Davidson’s writing room at ‘SNL’] and I jokingly said to my tour manager, I was like, “I’m marrying him. A hundred percent”.’

The pair however called it quits after a five-month engagement in October 2018, shortly after ex Mac Miller’s tragic overdose in September 2018.

A month later the relationship fell apart, with Davidson saying in a February 2020 interview: ‘I pretty much knew it was over after that.’ 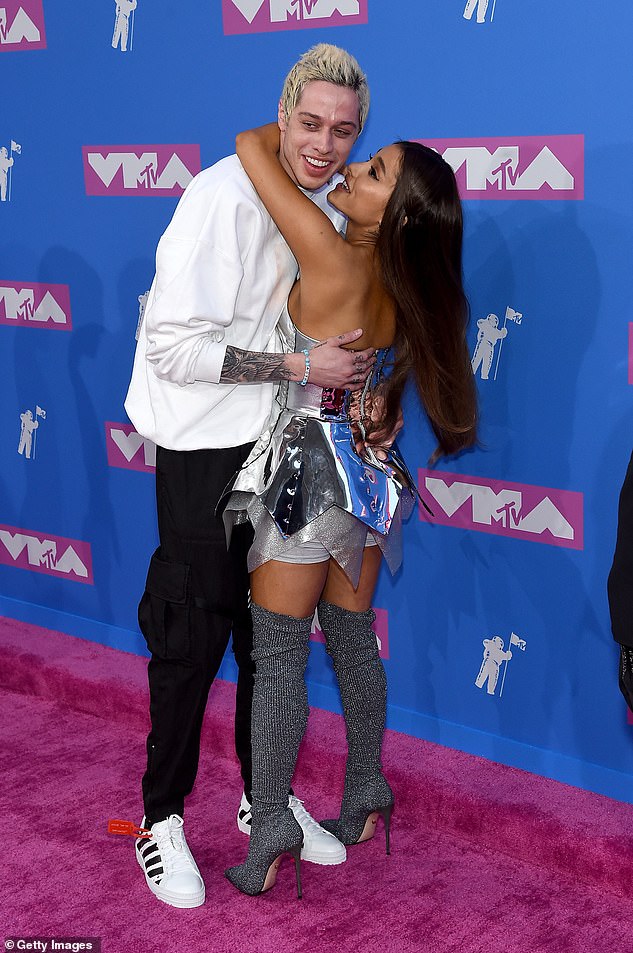 Hot and heavy: Ariana began dating the SNL funnyman in May 2018 and they were swiftly engaged just weeks later with him famously saying in a GQ interview ‘The day I met her, I was like, ‘Hey, I’ll marry you tomorrow”; pictured August 2018