Love Island’s Gabby Allen dressed up as Tinker Bell as she joined her boyfriend Brandon Myers and a host of other stars at the Park Row Halloween bash in London on Friday night.

The reality star, 29, looked in great spirits wearing her fairy wings as she held hands with and kissed her beau who complimented her perfectly in a Peter Pan-themed ensemble.

Gabby showed off her toned figure in the tight green dress which flaunted her ample assets and was teamed with stiletto heels and a matching bag.

Meanwhile Candice showed off her toned abs in a black cut-out cat-suit, with scary claw marks printed on her stomach. 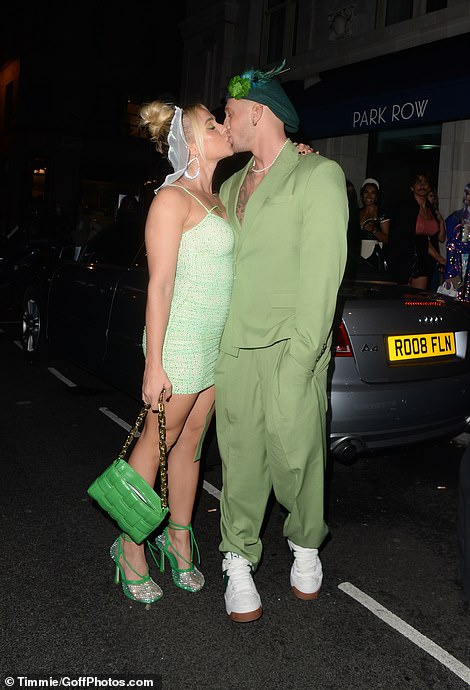 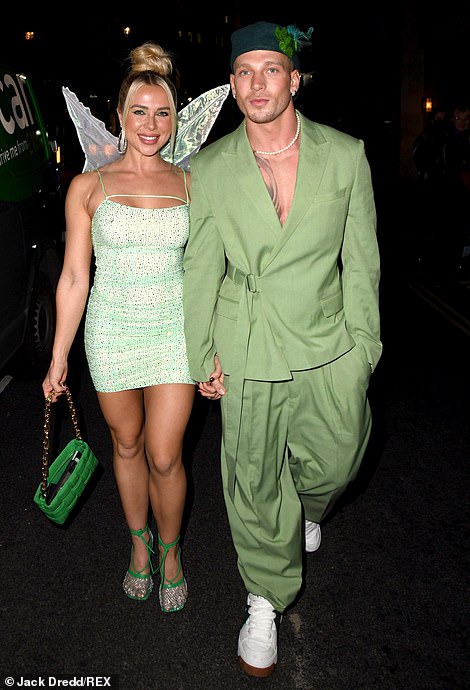 Loved-up: The reality star, 29, looked in great spirits as she donned fairy wings and held hands with and kissed her beau who complimented her perfectly in a Peter Pan-themed ensemble 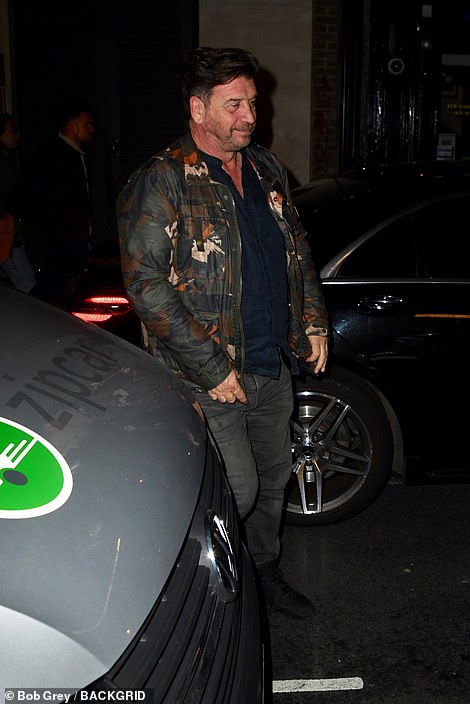 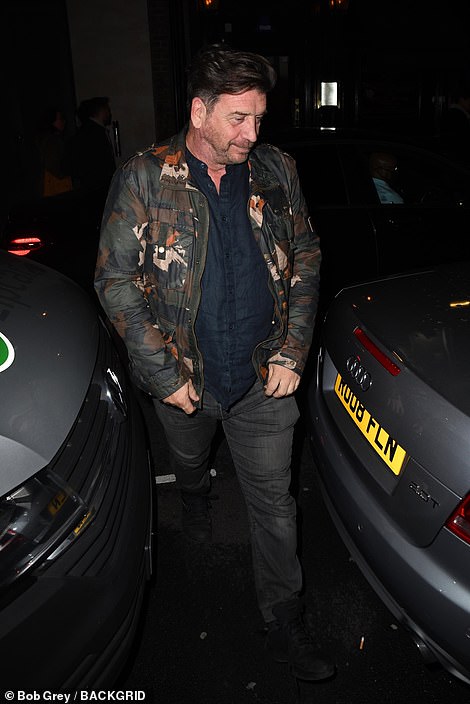 Night out: Nick Knowles and his new girlfriend Katie Dadzie also made an appearance at the bash 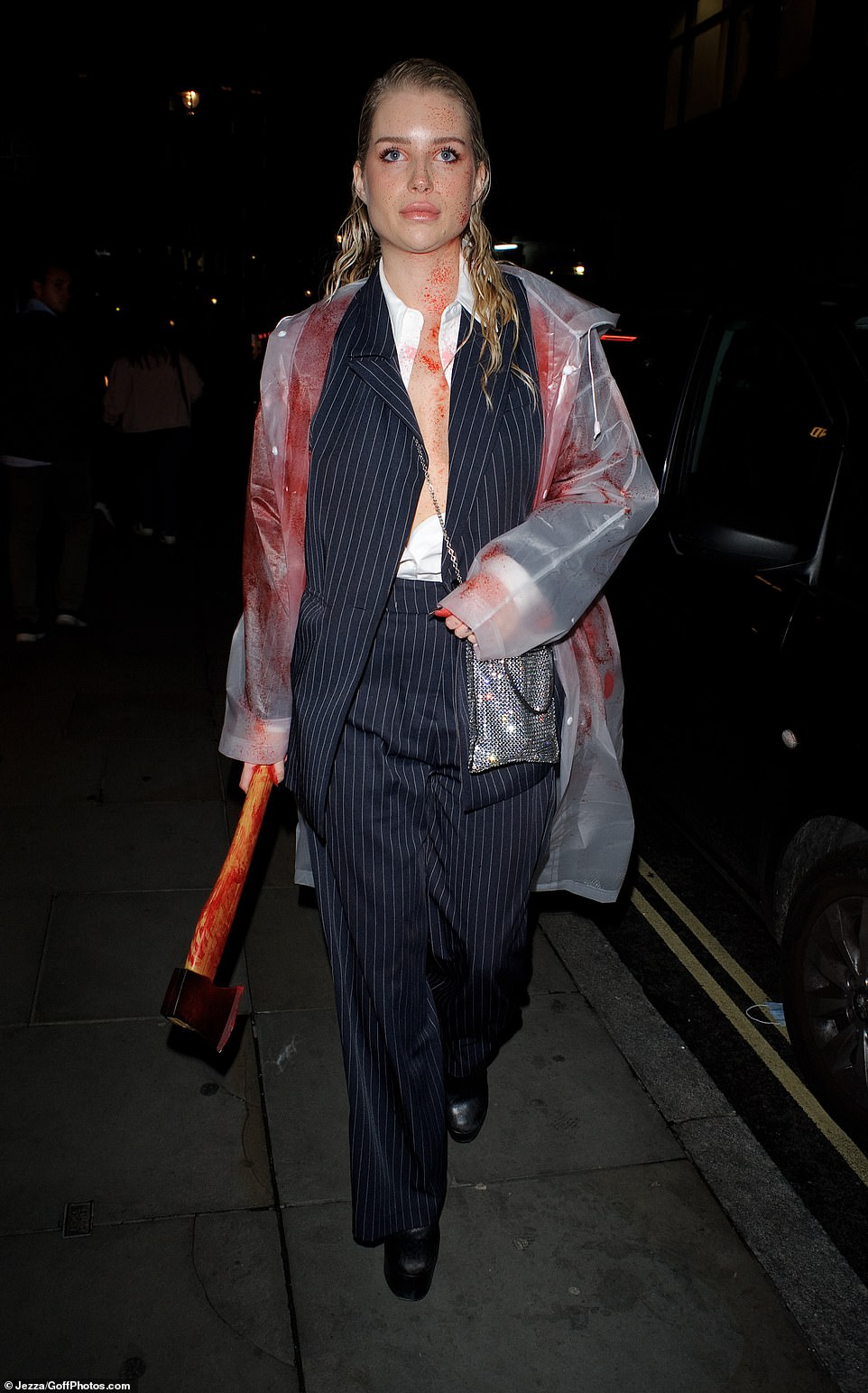 Returning some video tapes? Lottie Moss, 23, donned a clear rain coat and a pinstripe power suit to be American Psycho’s Patrick Bateman for the Hallowzeem event on Friday night 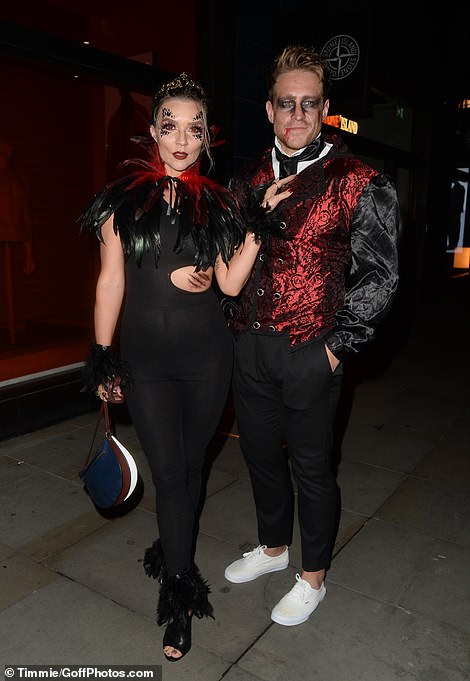 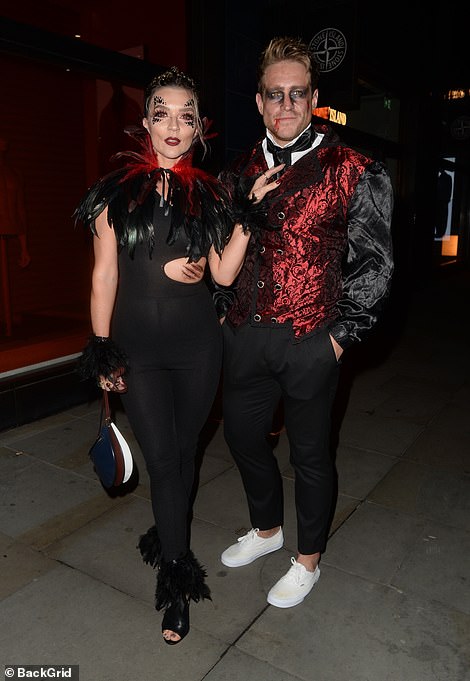 Together: Candice was joined by her hunky new boyfriend Nicky Mercer at the spooky event 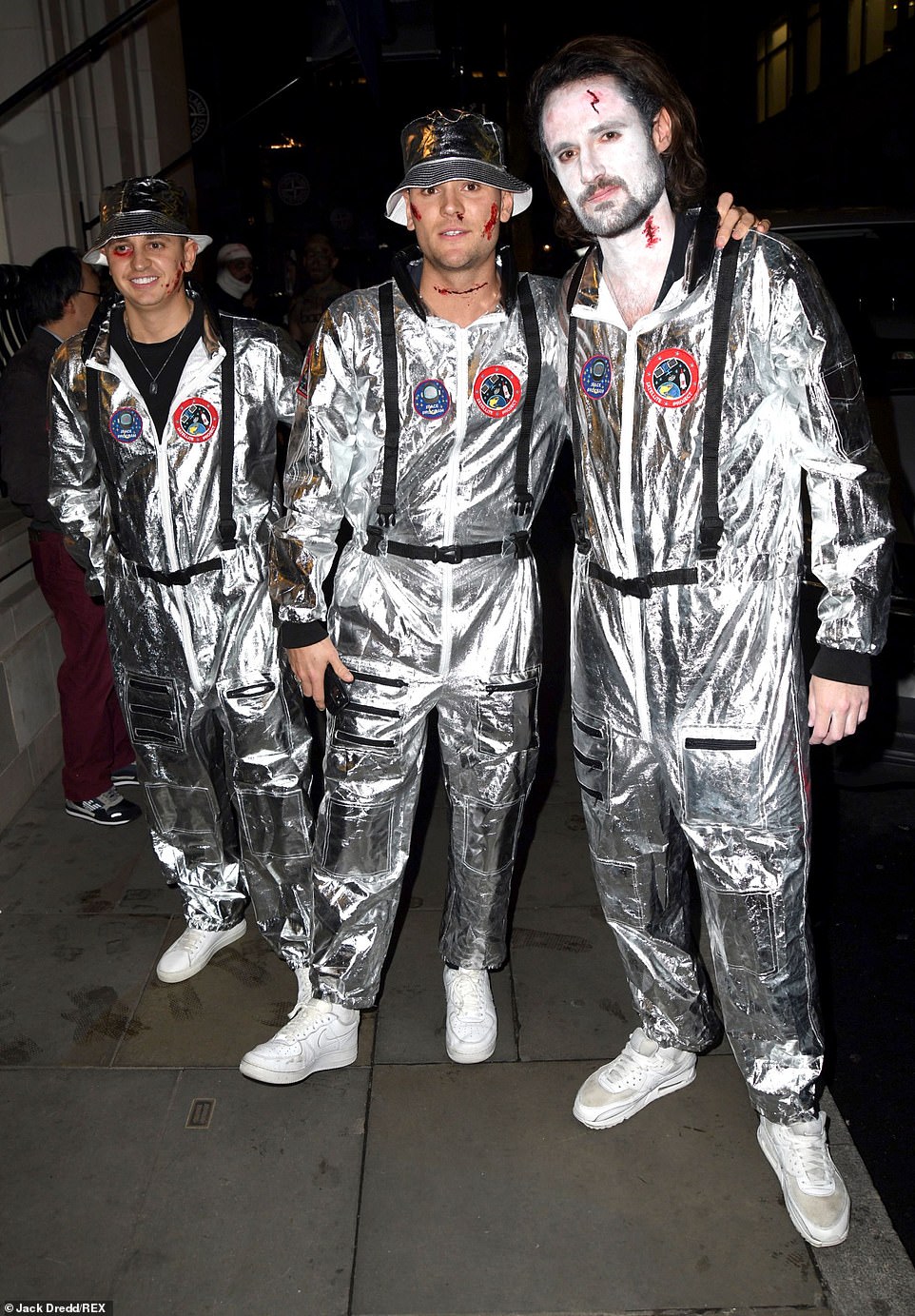 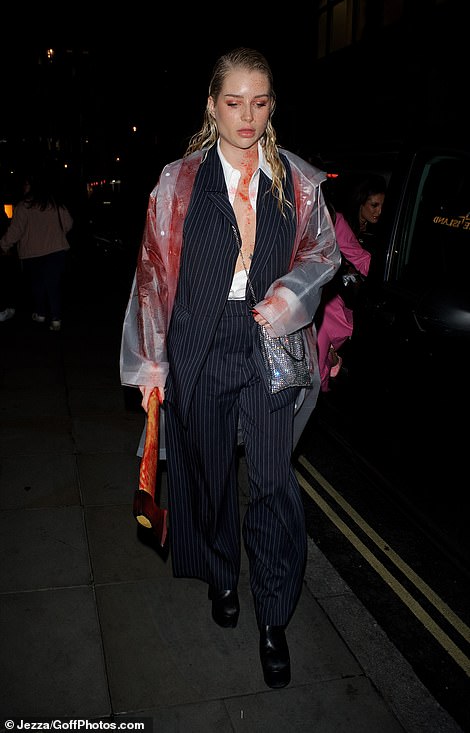 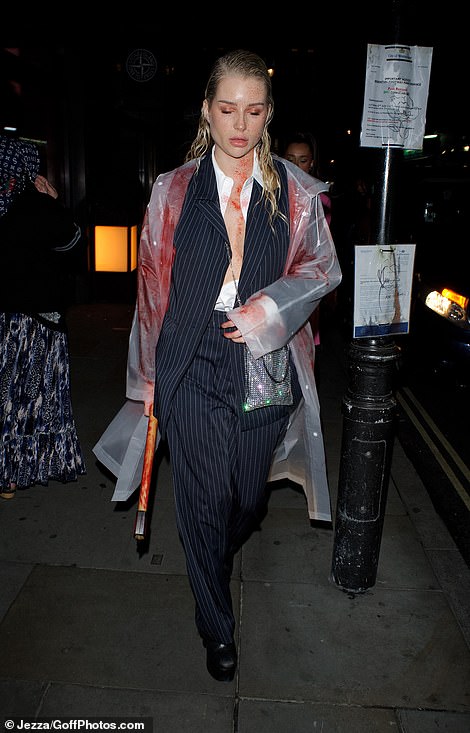 Going all out: Lottie had undone a white shirt to reveal that her chest was covered in fake blood in keeping with the murderous character from the 2000 film 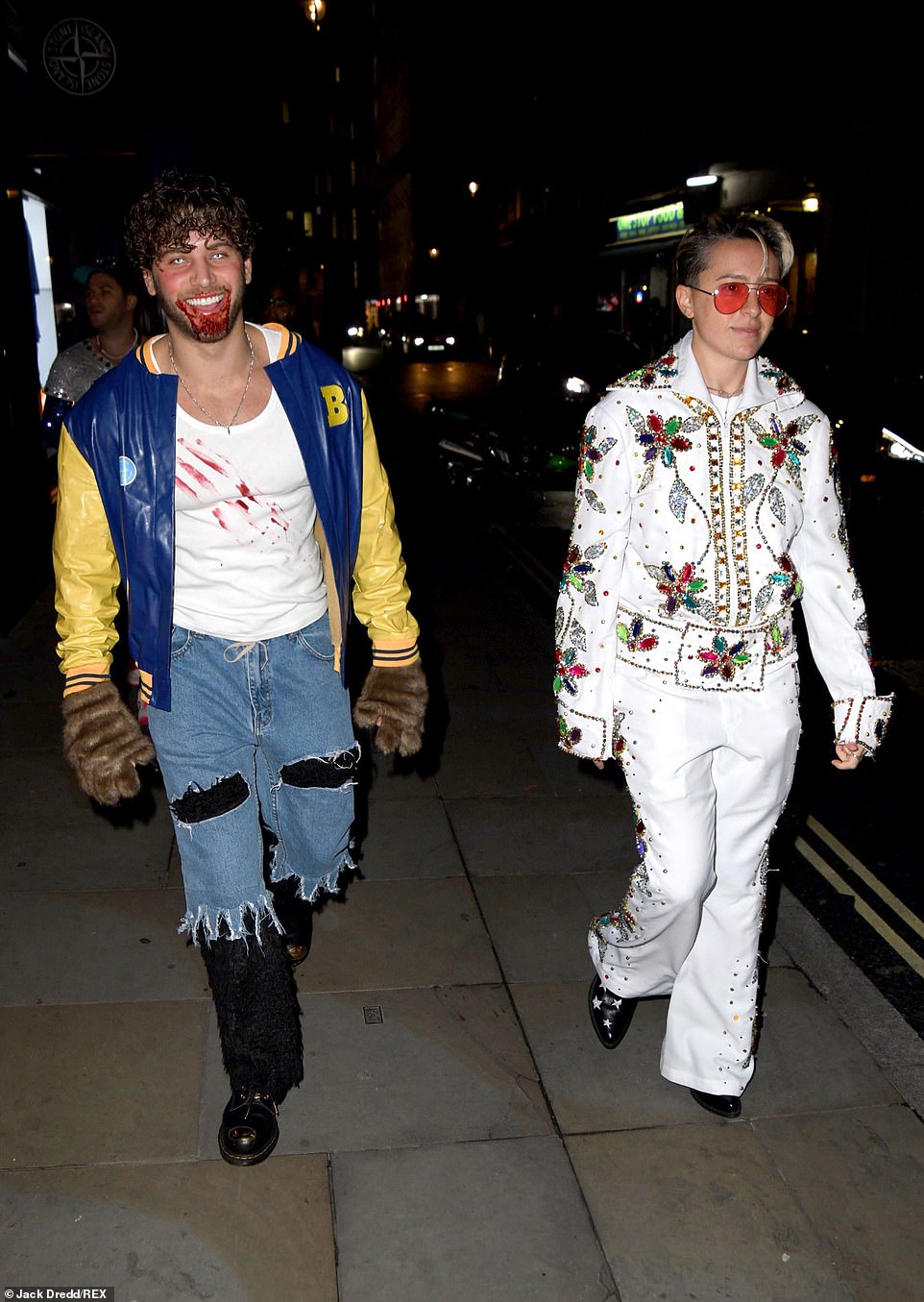 Scary: Former Love Island star Eyal Booker dressed in a sports jacket and had blood on her face 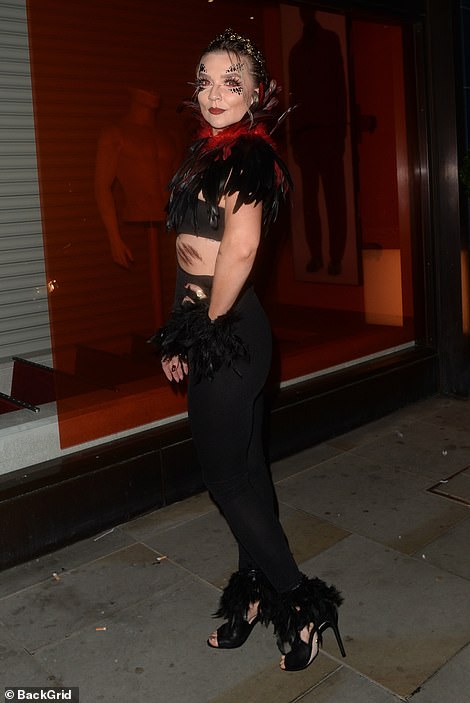 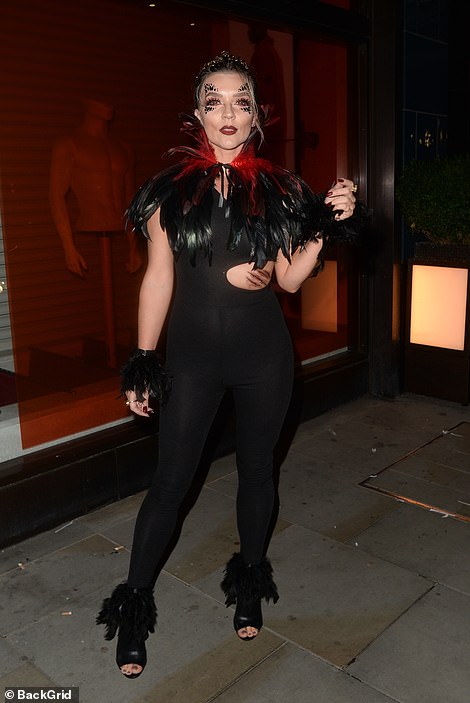 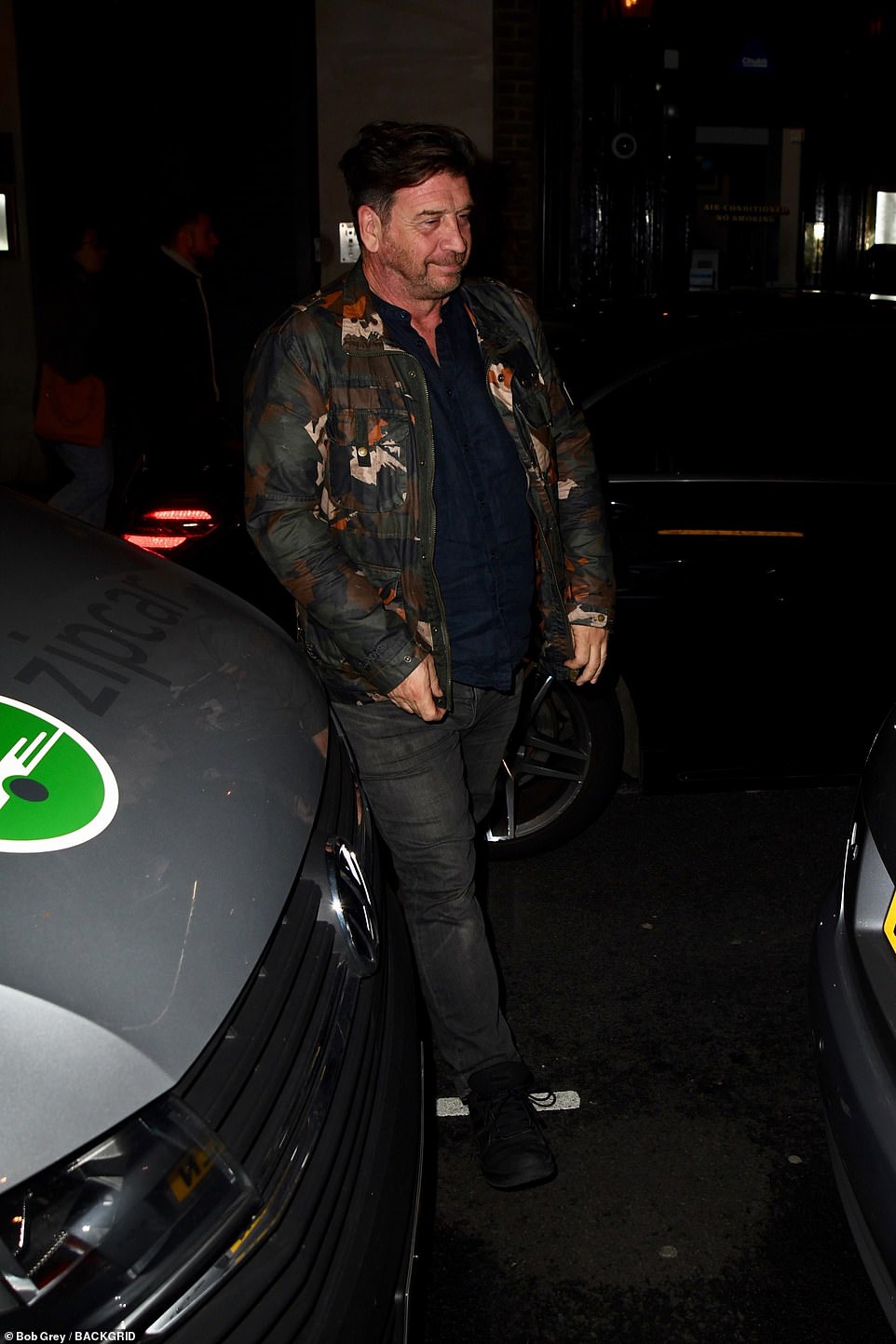 Low-key: Nick dressed casually for the bash in a padded jacket and dark blue shirt

Gabby and Brandon have been dating since June last year and went public with their romance two months later.

The television personality initially denied speculation they were in a relationship, stating at the time they were ‘just friends’.

Gabby previously dated Rak-Su star Myles Stephenson until August 2019, when she accused him of cheating on her. 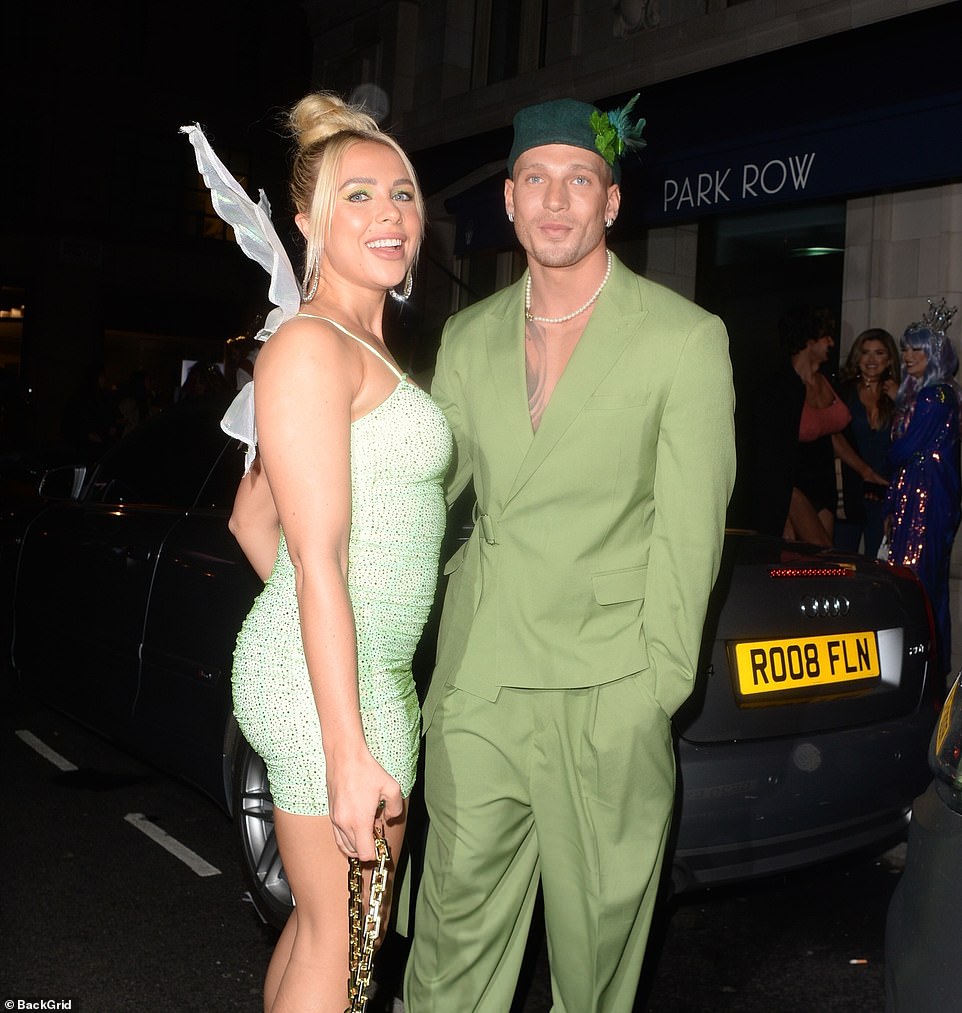 Success: Reality star Gabby is thought to be worth an estimated £1.3million since finding fame on the 2017 series of Love Island

The reality star is thought to be worth an estimated £1.3million since finding fame on the 2017 series of Love Island.

Meanwhile Candice has been dating her new boyfriend Nicky Mercer since July.

The Bake Off champ, 36, who won the seventh series of the show in 2016, starting seeing the sportsman and TUI regional pilot manager a year after splitting from her husband Liam Macauley. 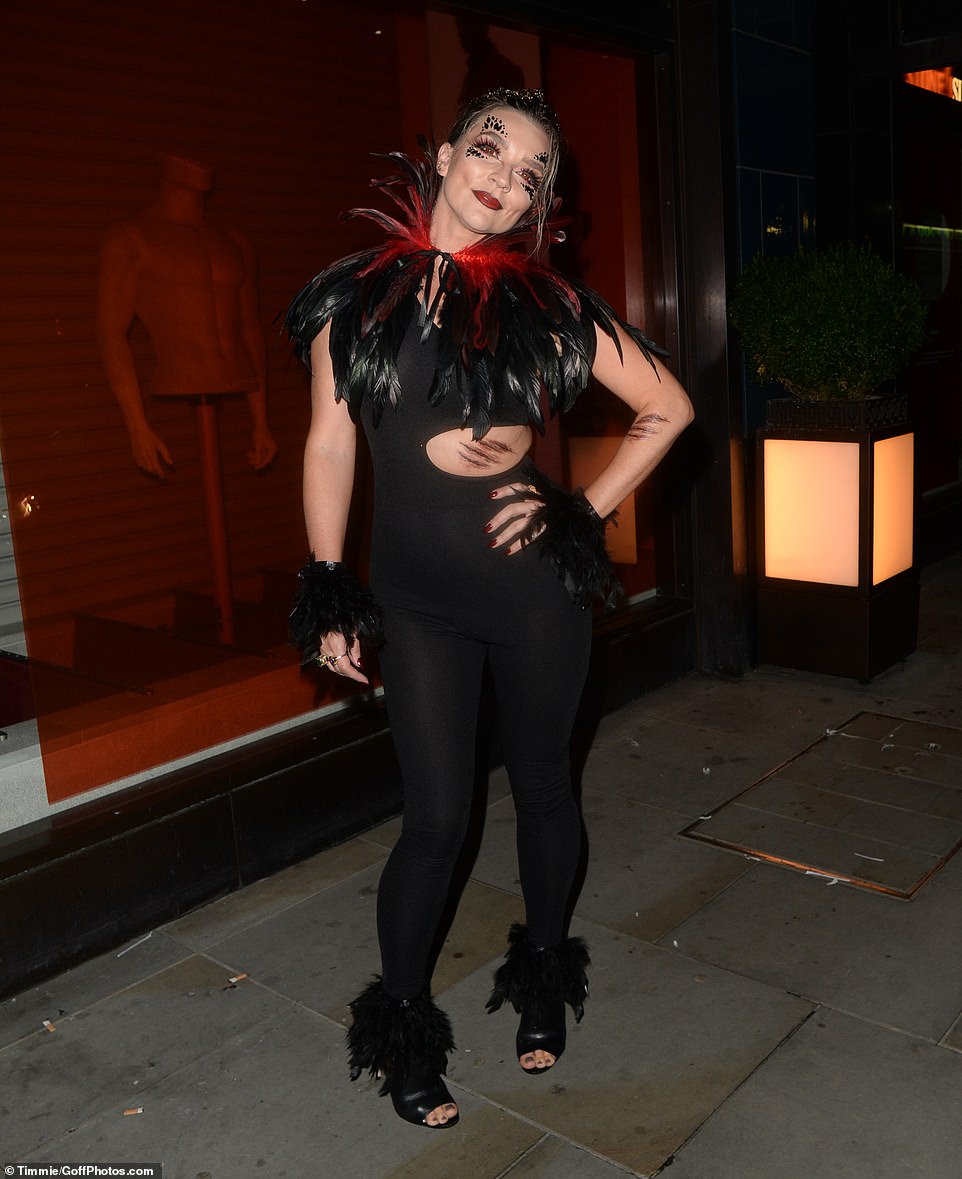 Figure: The Bake Off champ, 36, who won the seventh series of the show in 2016, showed off her toned frame 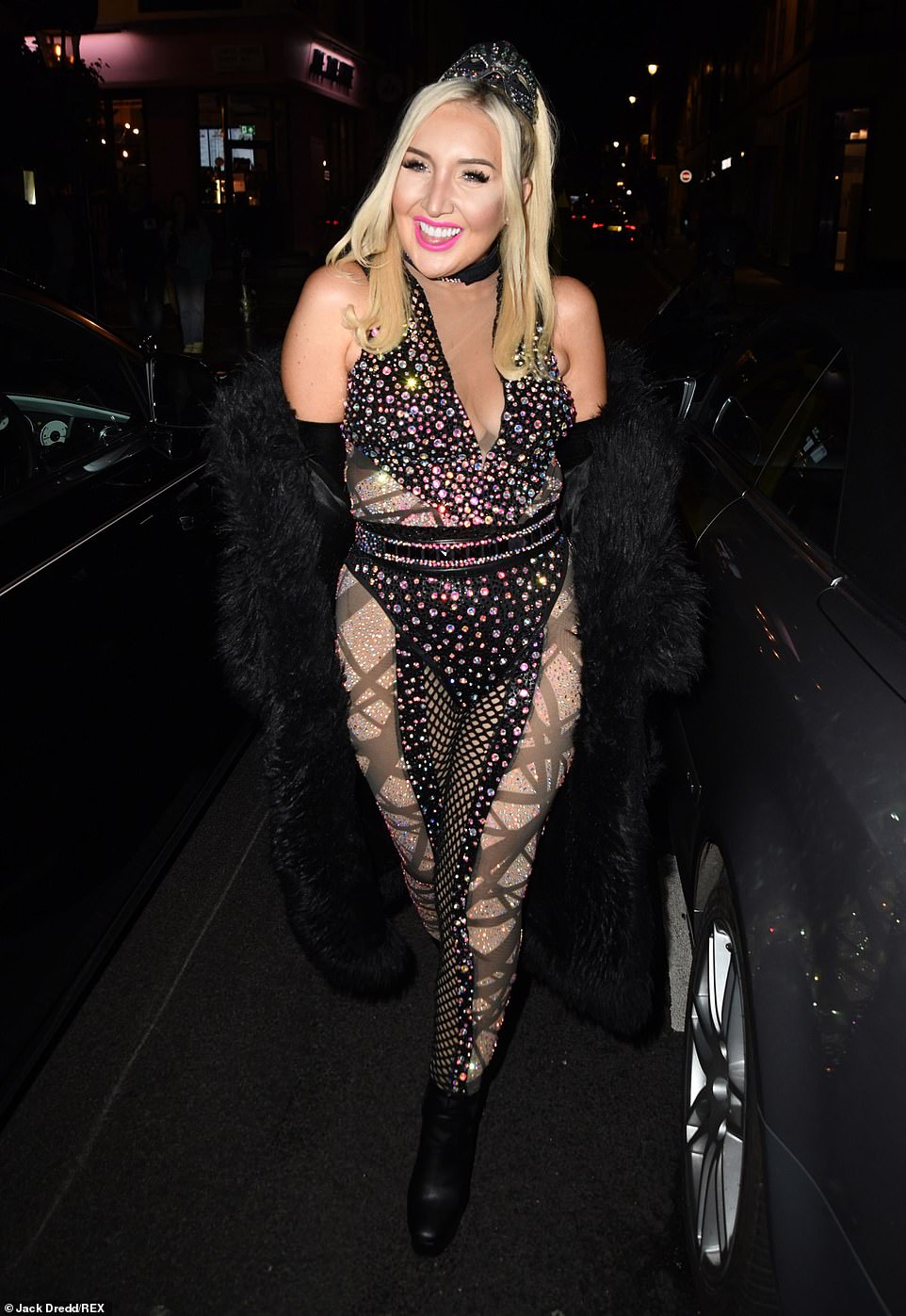 Woah! Celebrity Stylist Alexis Knox made sure all eyes were on her in a sparkly ensemble 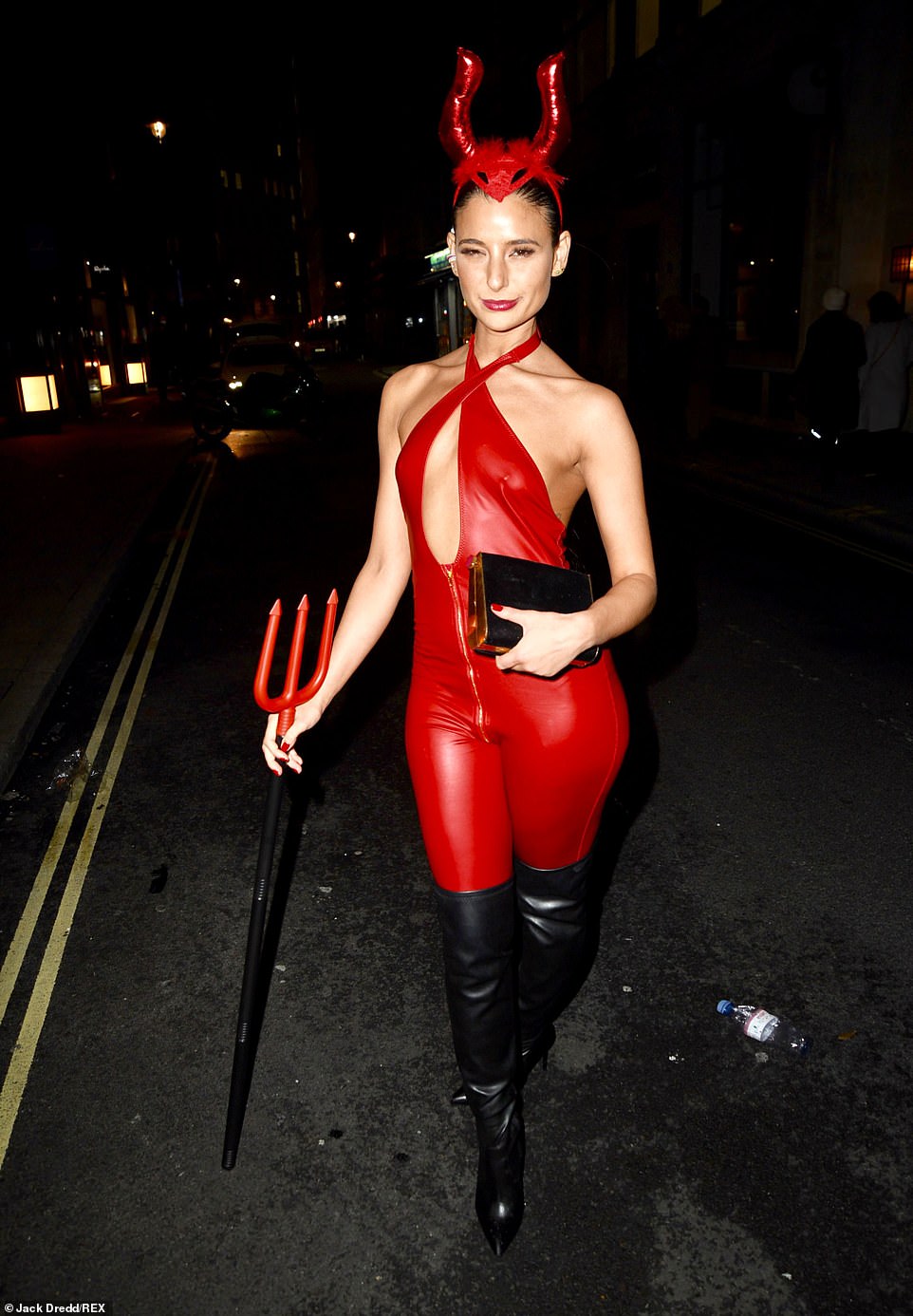 Red hot: DJ and YouTuber Lara Fraser showed off her assets in a tight devil costume 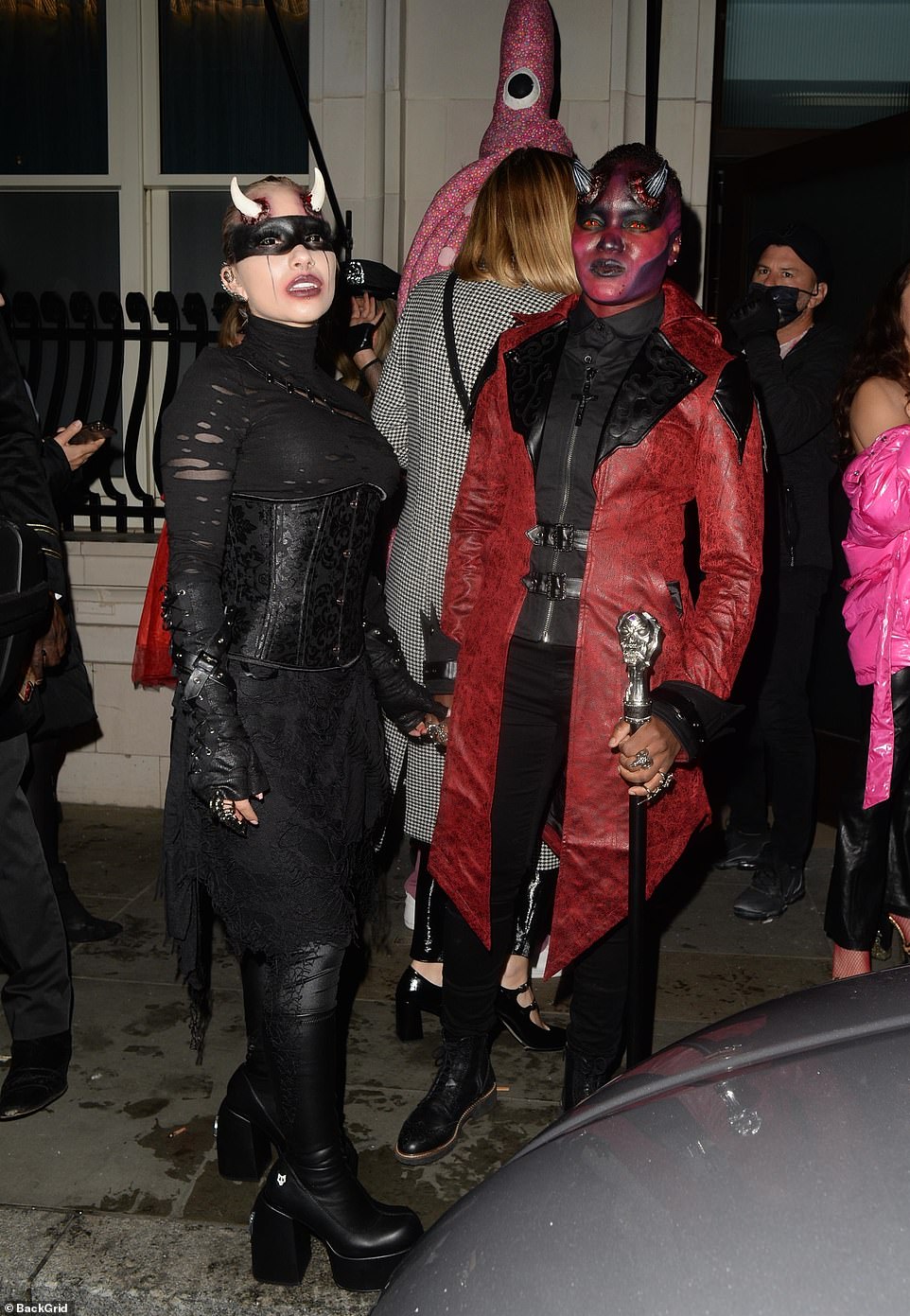 Famous faces: Nicola and Ella joined a sea of famous faces at the event 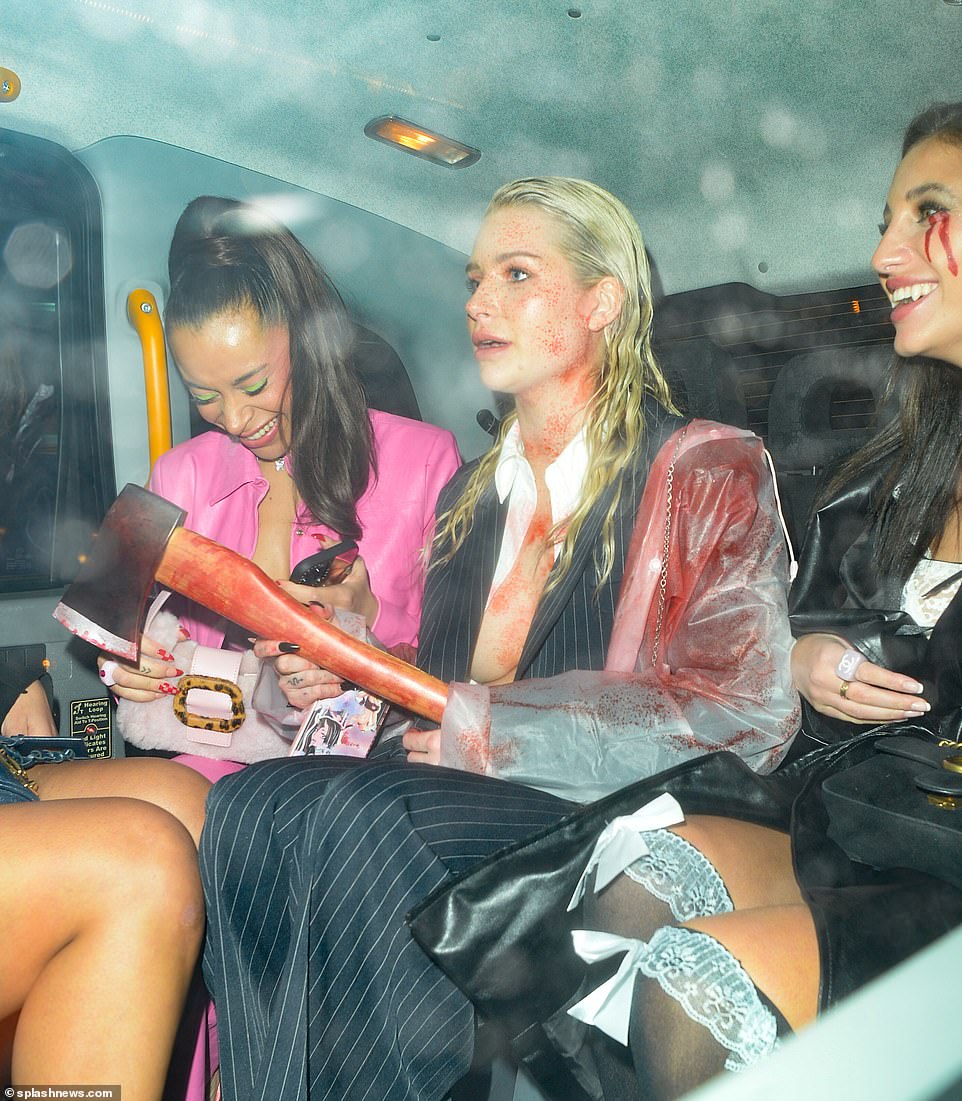 End of the night: Lottie left in a taxi with her girl pals 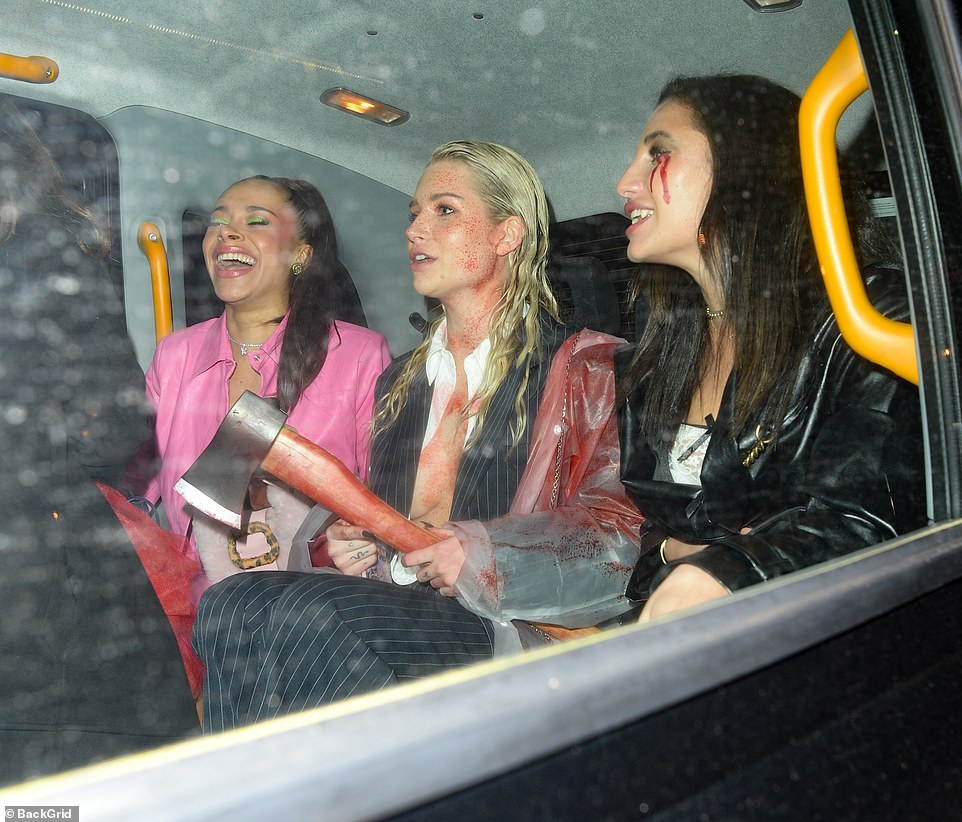 Having fun: The group looked like they had enjoyed their night out 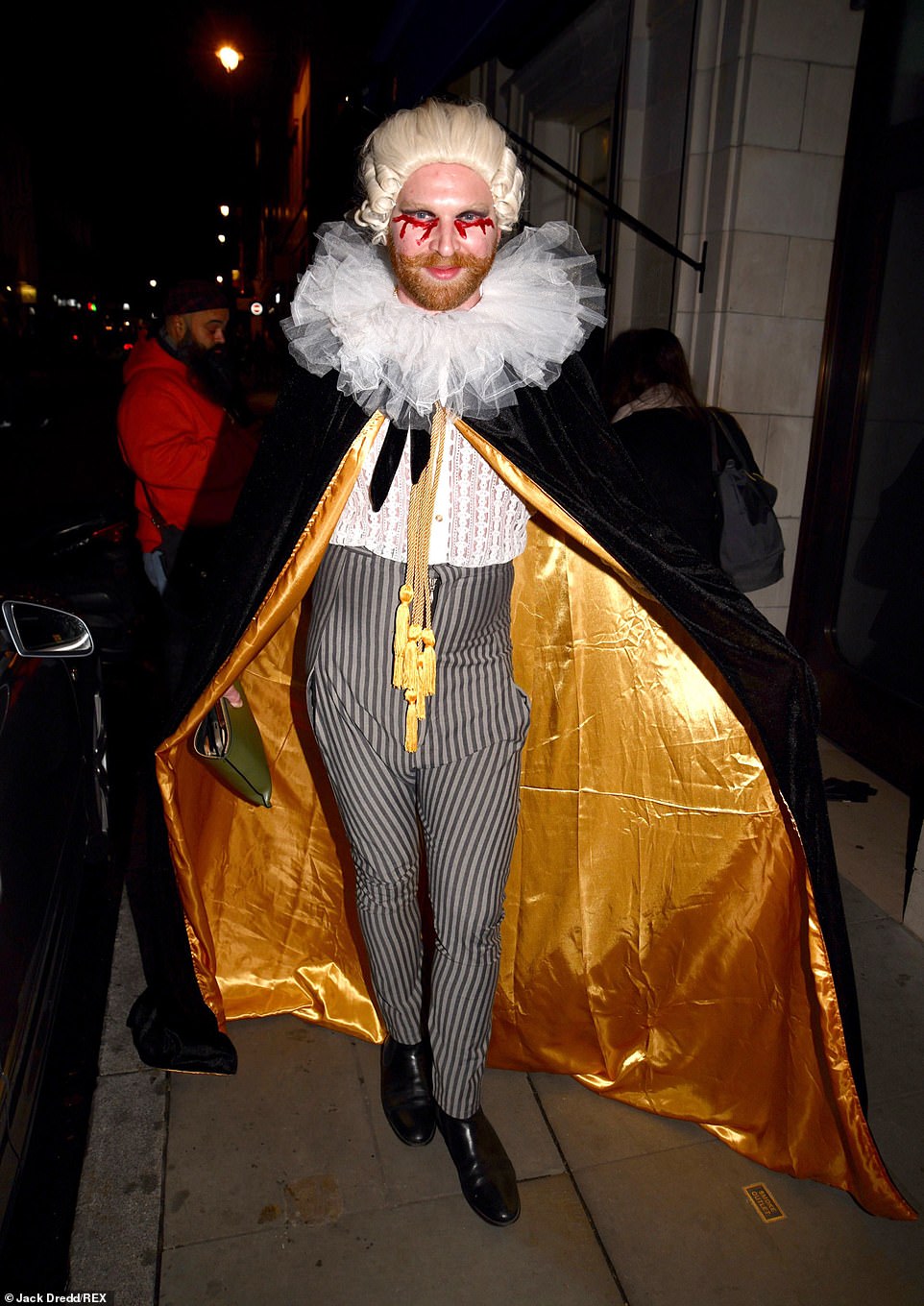