Luke Hemsworth has shared a photo of his upcoming Australian drama film Bosch & Rockit and tagged his co-star and notorious anti-vaxxer Isabel Lucas.

The 41-year-old Aussie actor posted the picture of the movie’s poster to his Instagram Stories on Wednesday and added Lucas’ Instagram handle.

Lucas, 36, who previously dated Luke’s younger brother Chris, made headlines last year when she refused the mandatory Covid-19 test on the set of Bosch & Rockit. 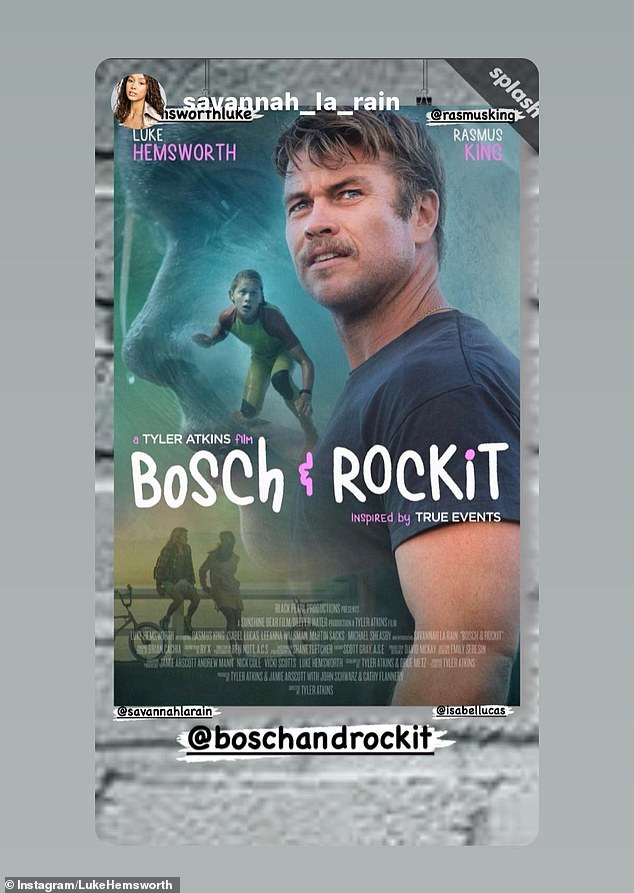 Bosch & Rockit was shot on location in Hemsworth and Lucas’ home town of Byron Bay in 2020.

According to the film synopsis, the movie stars Hemsworth as Bosch, a father on the run for drug dealing with his surf gang.

Bosch travels along the Australian coast with his 13-year-old son, Rockit, who believes he is on a ‘magical holiday’. 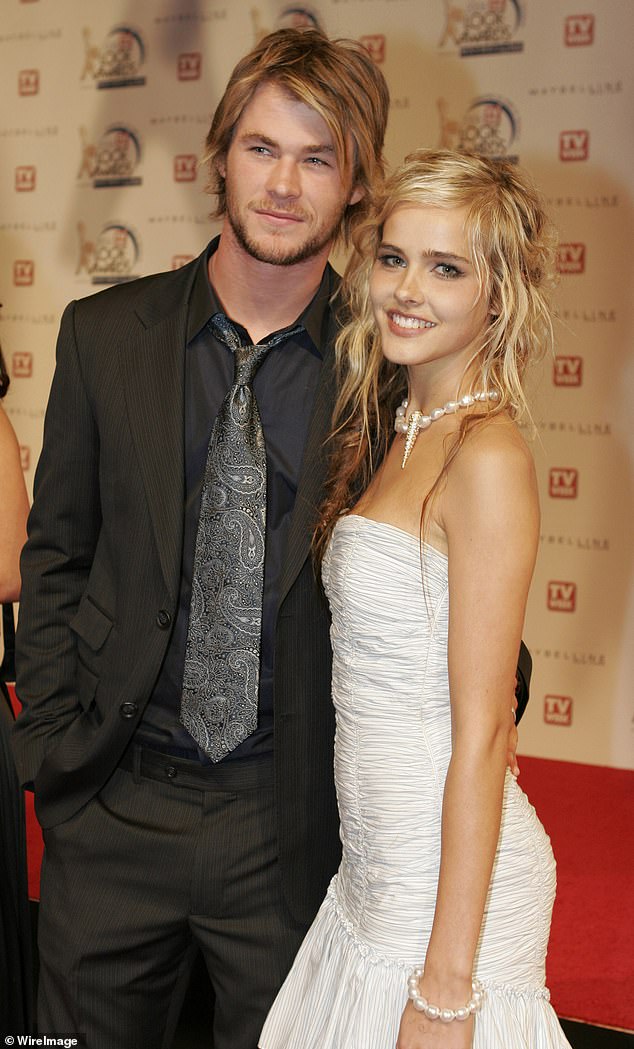 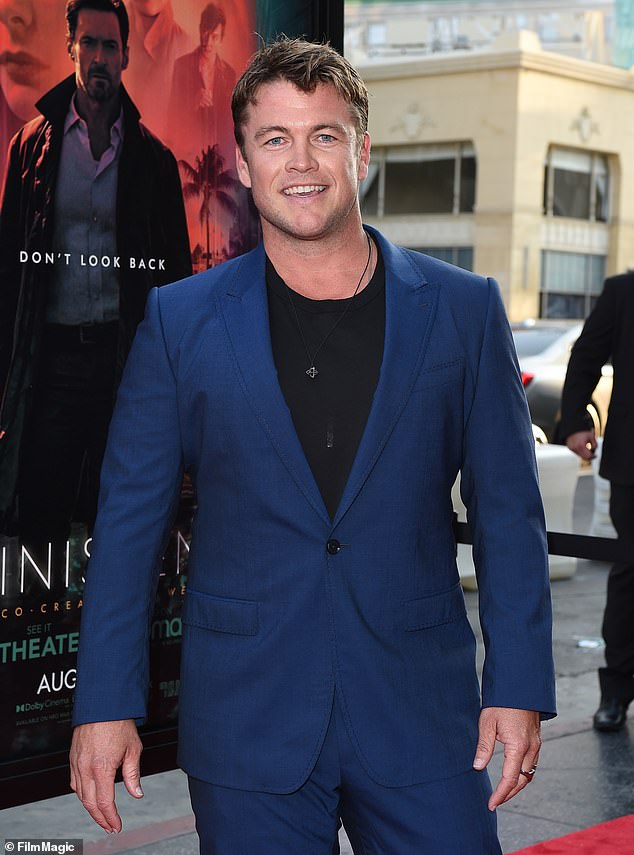 Story: According to the film synopsis, the movie stars Hemsworth as Bosch, a father on the run for drug dealing with his surf gang. He is accompanied by his 13-year-old son, Rockit

The movie is the directorial debut of Tyler Atkins and premieres at the Sydney film festival on Thursday.

It will get a broader release in March 2022.

Controversy struck the set in 2020 when star Isabel Lucas reportedly ‘opted out of Covid-19 testing, despite it being mandatory on set.

The anti-vaxxer made the admission on the alternative health podcast, Alfa Vedic. 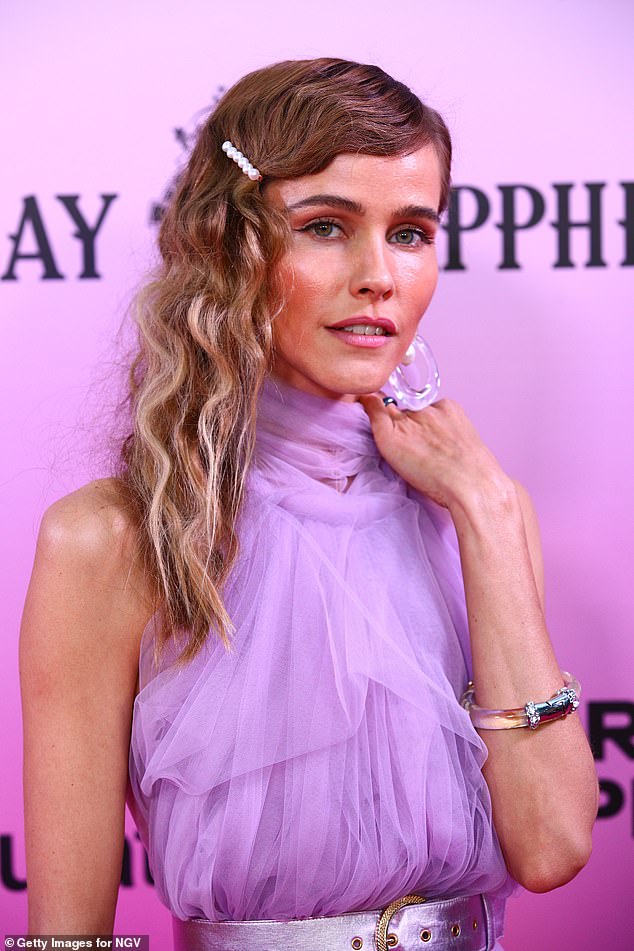 Doing her own thing: Australian actress Isabel Lucas (pictured) says she ‘opted out’ of receiving a COVID-19 test while filming the movie Bosch & Rockit in Byron Bay in 2020

‘I gave my duty of care of what I could offer to respect everyone’s health and maintain my own health, and I shared that, and I opted out of doing the COVID test,’ she said in quotes published by the Brisbane Times.

‘Everyone was really respectful and really honouring of, like, how to maintain health while this very tricky time is underway. But I needed to do that. I felt like it was quite an understanding, relaxed group of people.’

Isabel insisted that she has a healthy immune system due to her healthy lifestyle and that most of the people on set were wearing masks. 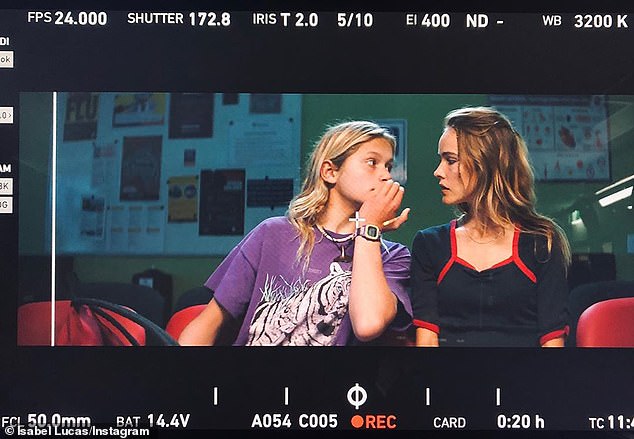 ‘My immune system has just become so solid from my way of life, how I live and eat and think,’ she explained.

‘So it was a really beautiful experience all up, even though people were wearing masks most of the time and adhering to those rules.’

In a statement, director Tyler Atkins and producer Cathy Flannery told the Brisbane Times that they were not aware that Isabel hadn’t been tested until the publication contacted them for comment. 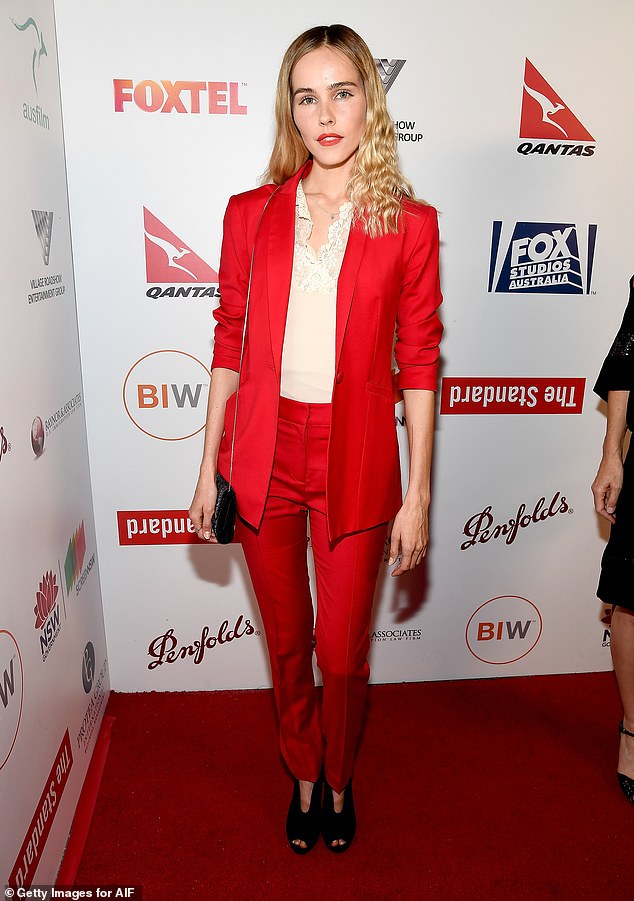 Mandatory: Producers of the film have since stated that COVID testing was a mandatory requirement of filming