Three unvaccinated carers who were sacked from the same home overnight have told of their heartbreak at No10’s ‘unfair’ no jab, no job rule.

Theresa Ingram-Gettins, who runs the Boldmere Court Care Home in Birmingham, yesterday broke down in tears after firing six unjabbed staff, consigning them to ‘poverty’ in the run up to Christmas.

Niamh Bradley, 23, one of the workers who had her contract torn up, told MailOnline she had been forced out of the job she loved into a role in retail.

‘It really breaks my heart because I love caring work and now I am working part-time in retail which is not my forte.

‘It seems a waste when I have spent years getting the skills and education to be a carer and put my heart into it.’

Shevorn Perkins, 28, who was also sacked from the home’s 120-strong team, said she wanted to talk to her GP before getting the injection but struggled to get an appointment.

And Justina Ugo, 47, the third carer to speak out, said she put her ‘life in danger throughout the pandemic’ and is now ‘very sad’ at having to work as a part-time cleaner. The mother-of-seven has been left unemployed just weeks before Christmas.

Up to 57,000 care home staff were barred from their workplace as of yesterday as England’s new rule kicked in, despite desperate pleas from the sector for it to be delayed 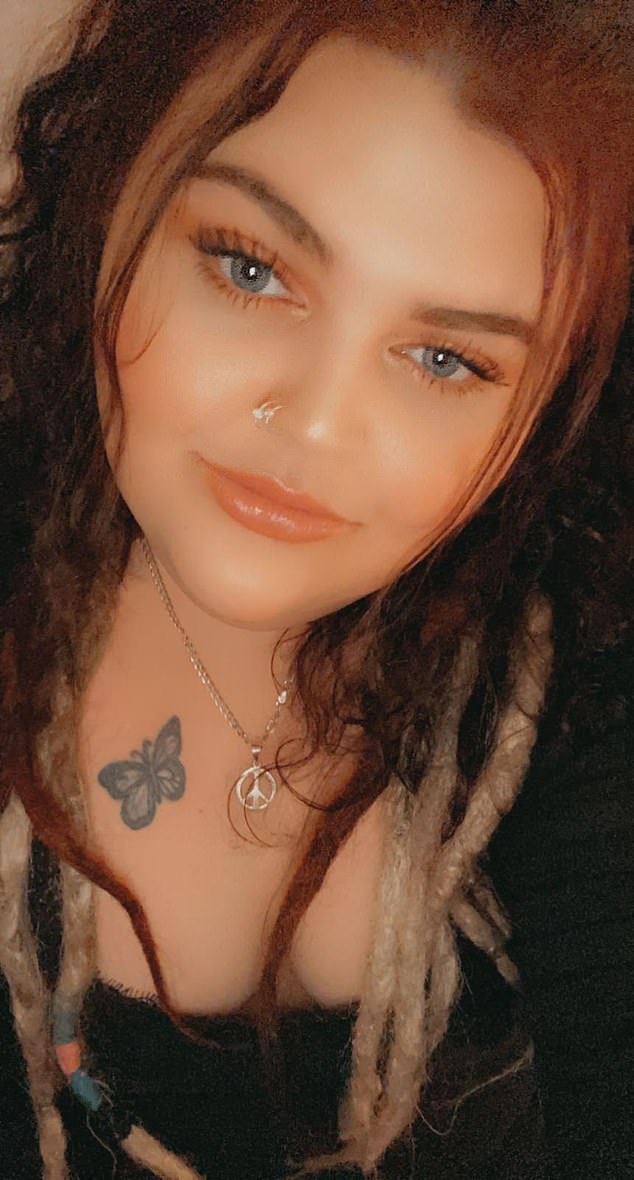 Niamh Bradley, 23, one of the workers who had her contract torn up, said the Government’s decision to implement the rule is ‘ridiculous’, because the industry is ‘already under-staffed and highly stressed’. 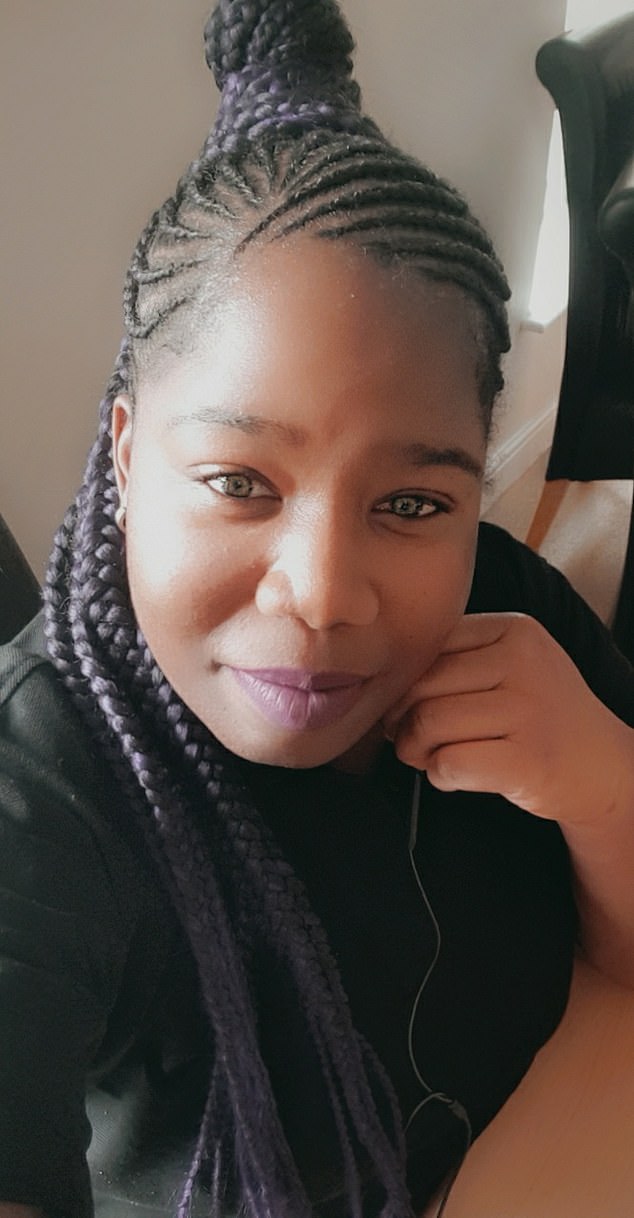 Shevorn Perkins, 28, who was also sacked from the home’s 120-strong team, said she wanted to talk to her GP before getting the injection but struggled to get an appointment 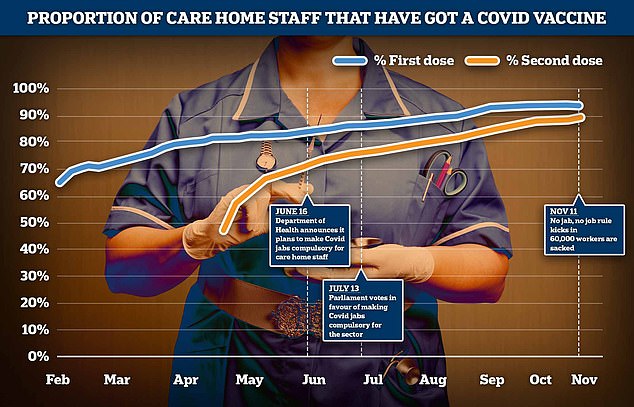 Around 10 per cent of care home staff did not get vaccinated against Covid, meaning up to 57,000 were barred from their workplace as of yesterday as England’s ‘no jab, no job’ policy kicked in, despite desperate pleas from the sector for it to be delayed

Ms Bradley, who joined Boldmere Court in June, said: ‘I think it is ridiculous to make these rules for an industry that is already under-staffed and highly stressed.

‘All the residents have had the vaccine and we are being tested every day before our shifts. We also wear PPE and if I am feeling at all unwell I will not be entering the home.

‘We are following all these policies and procedures and yet they are still willing to let us go.

‘It makes no sense when the same rules do not apply to relatives visiting residents.

Care home boss breaks down in tears after having to sack SIX members of staff over No10’s ‘no jab, no job’ policy – as she pleads with Boris Johnson to ‘give us a break’

A care home manager broke down today after being forced to sack six staff members who refused to get vaccinated against Covid — as she pleaded with Boris Johnson to ‘give us a break’.

Theresa Ingram-Gettins — who runs the Boldmere Court Care Home in Birmingham — said it was ‘very difficult’ to have to let staff go, knowing that she is sending some of them ‘into poverty’. Ms Ingram-Gettins told how one relative of an elderly resident was left ‘sobbing’ in her arms because her mother’s ‘special’ carer had been let go.

She claimed England’s controversial new ‘no jab, no job’ policy was ‘affecting people’s mental health’ after it kicked in at midnight and forced up to 60,000 carers out of work.

The care boss added that staff still in employment were now being forced to work extra hours to make up for the vacancies, which was taking a toll on their ‘physical wellbeing’.

She told Good Morning Britain: ‘We’re tired, we’re worn out, we’ve just come through a pandemic — give us a break Boris.’

All care home workers in England, including cleaners and receptionists, are now legally required to have had both of their Covid vaccines. Boldmere, which is home to 60 residents, is one of nearly 18,000 care homes affected by the move.

It’s thought that as many as 57,000 care home staff failed to hit the jab deadline today, which care bosses say will create dangerous staffing levels that puts residents’ lives at risk. The sector was already short of 100,000 workers before the pandemic struck.

Unions have warned that the new rule was like ‘taking a sledgehammer to crack a nut’, given that 90 per cent of the workforce was already vaccinated. One facility in Liverpool revealed that it had lost seven per cent of its staff overnight.

‘They may have had no vaccine but can come in after a test and they will get just as personal with the residents just as we do but they will not be in full PPE.’

Ms Bradley said she has been ‘really stressed’ since the policy was announced in August.

She said: ‘Before this, it was a very enjoyable and friendly place to work but the rules are putting extra pressure on us all.

‘The management wanted us to get it and they are under pressure and they then pressure us.

‘My family is split on it. One side is pro-vaccine and the others are not. I just need more time to make the decision.

‘My cousin had the vaccine and now he has problems with his heart and his liver and I have read other accounts of people suffering a variety of complications after having had it.

‘There are heart problems and thrombosis in my family so it is not an easy decision.’

Ms Perkins, who has been a carer for three years, said: ‘I really loved my job – the residents, the staff, the management – it was great to be part of a team doing a really important job.

‘This just seems so unfair when we have been through the whole pandemic without a vaccine, working in PPE and doing extra shifts because of shortages.

‘It has been really hard, especially at the start of the year when we had Covid in the home and lots of staff off sick.

‘I gave it my all and now I would just like more time to make up my mind.’

NHS staff have until next April before the rule applies to them.

Ms Perkins, a mother of one, added: ‘In July we were told we had until September 16 to get our first dose of the vaccine.

‘I sat at home and cried. I just did not feel mentally prepared to do it. I lost a friend who was 27 to a blood clot just after he’d had the vaccine so I am very nervous about it.

‘Everyone has different reactions to it and as I already suffer with chest problems, I just don’t feel ready.

‘I would have liked to talk it through with my GP but getting an appointment is hard.

‘In the end I will probably have the vaccine. I am just angry that they would not give us more time when we have given our all during this pandemic and are following such strict procedures to keep residents safe.

‘I am trying to find other work that can fit in around being a single mum and it’s very difficult.’

Losing her job in the run-up to Christmas is especially difficult for mother-of-seven Justina Ugo.

Now the 47-year-old, finds herself out of work and missing the companionship of working in a team.

She said bad reactions to childhood jabs for malaria had put her off the vaccine.

‘I don’t want to take something that may give me long term health problems,’ she said. ‘I have had allergic reactions to injections in the past and now they are asking me to put my health into the hands of people I do not really trust. 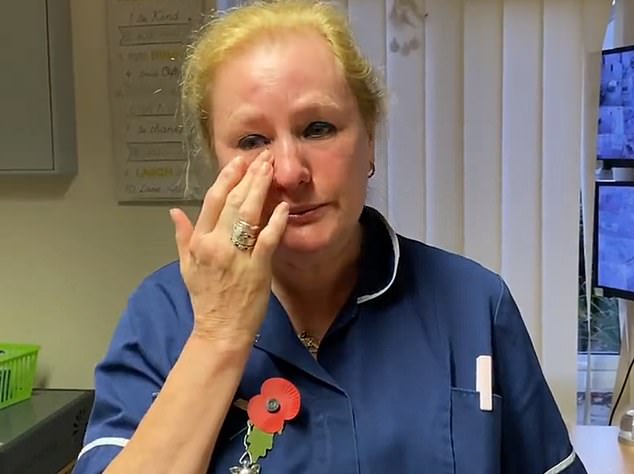 Theresa Ingram-Gettins (pictured), who runs the Boldmere Court Care Home in Birmingham, yesterday broke down in tears after firing six unjabbed staff, consigning them to ‘poverty’ in the run up to Christmas 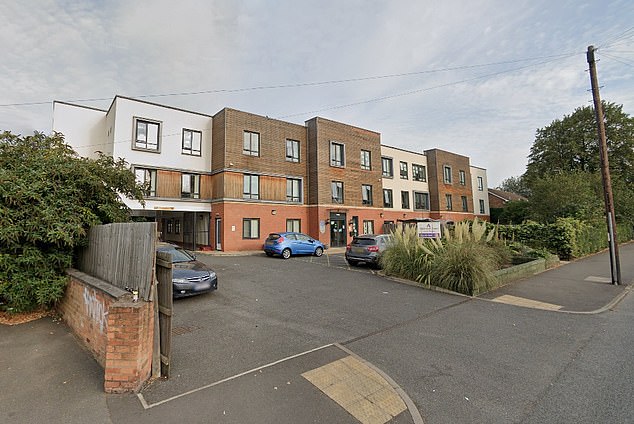 Six members of staff were yesterday sacked from the Boldmere Court Care Home in Birmingham (pictured). Bosses at the home, which has 120 members of staff, said they face a ‘very difficult Christmas’ and expected shortages to get worse

‘I have had three months of torturing myself over this decision. It has been so difficult to know what to do because I just love my job as a carer.

‘But having grown up in Africa and had injections for malaria I know that I get so many side-effects and have a definite allergy to chloroquine.

‘Care work needs people who are passionate about it and I have that passion. I put my life in danger throughout the pandemic and to find myself now having to take a part-time cleaning job makes me very sad.

‘Of course the loss of income will hurt. When you have seven children there are a lot of demands.’

The Home itself say their residents are now suffering because of the loss of staff due to the new policy.

Deputy manager Blessed Maramba, said: ‘We are suffering shortages and having to use agency which is never good for the continuity of care for our residents.

‘In addition, we have had situations where we can’t let people into the home like nutritionists and physios and occupational health if they are not fully vaccinated.

‘Either the residents miss out or we lose our jobs for defying the rule.

‘It makes no sense to bully staff as they have when relatives are able to come in whether they have had a job or not.

‘We are now facing a very difficult Christmas where staff will be going on annual leave and the shortages will get worse.

‘My daughter is 17. She has always wanted to go into medicine but having seen how staff are treated she is thinking again now. It is a very sad situation.’